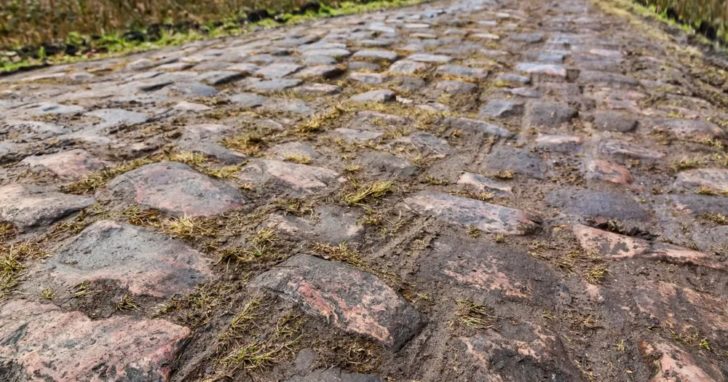 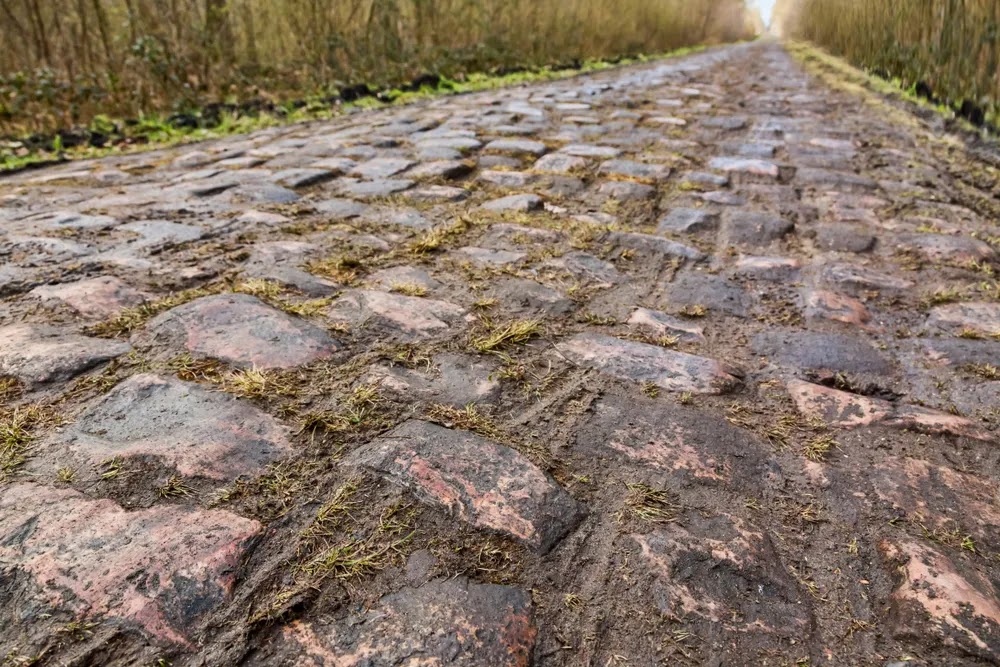 The famous cobblestone road through the forest of Saint-Amand-Wallers, in France. Photo: Radu Razvan/Shutterstock.com

The forest of Saint-Amand-Wallers, just outside Valenciennes, in northern France, is bisected by a perfectly straight cobbled road. Laid during the time of Napoleon I, in the late 18th century, this crudely constructed rural road connecting the mining village of Arenberg with other villages to the north, is normally used as a short cut by the locals. But once a year, the quietness of this country road is upended with chaos and mayhem, and often times with broken bones, bloody noses and mangled metal.

Known as Trouée d’Arenberg, or Trench of Arenberg, this 2.3 kilometer long road is one of the hardest and the most dangerous sections of Paris–Roubaix, nicknamed the Hell of the North, one of the oldest cycling races in the world. This one-day men’s bicycle race starts from Paris and finishes in Roubaix, at the border with Belgium—a distance of 280 kilometers. A characteristic feature of this race is its notorious bone-juddering cobblestone sectors called pavé, that can intimidate even the most seasoned rider. The pavé vary in length from 300 meters to 3.7 km, and there are more than two dozen of these distributed throughout the race course. Together they account for over 50 kilometers of the total distance.

Trouée d’Arenberg is one of the most brutal sectors. The stones are rough and grooved, resulting from poor cutting, and are unevenly placed, with huge gaps in between. When hit at high speeds, it can buckle wheels and toss riders off the seat. 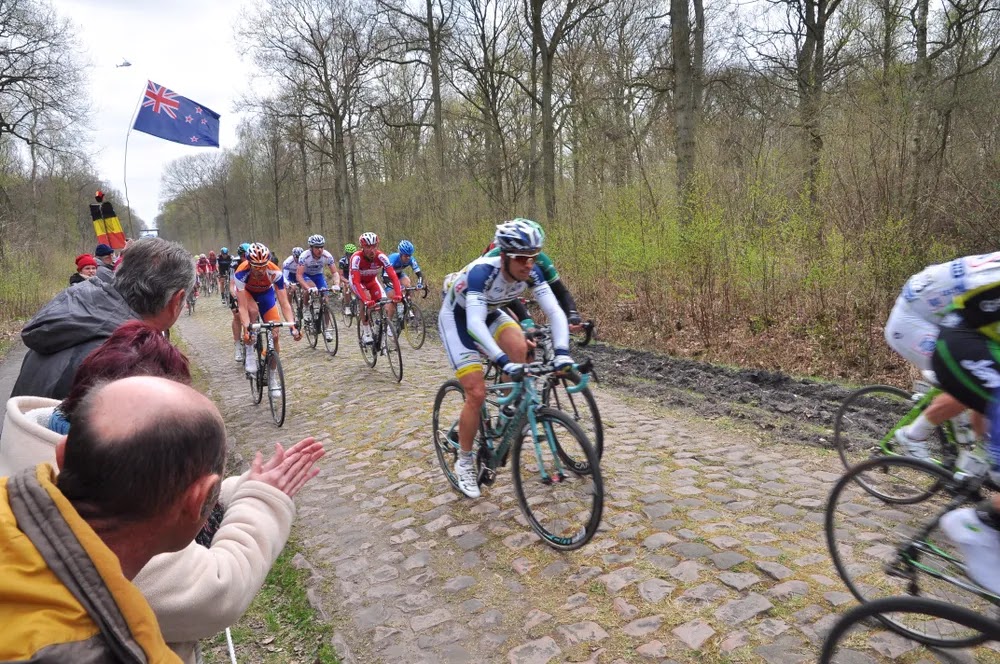 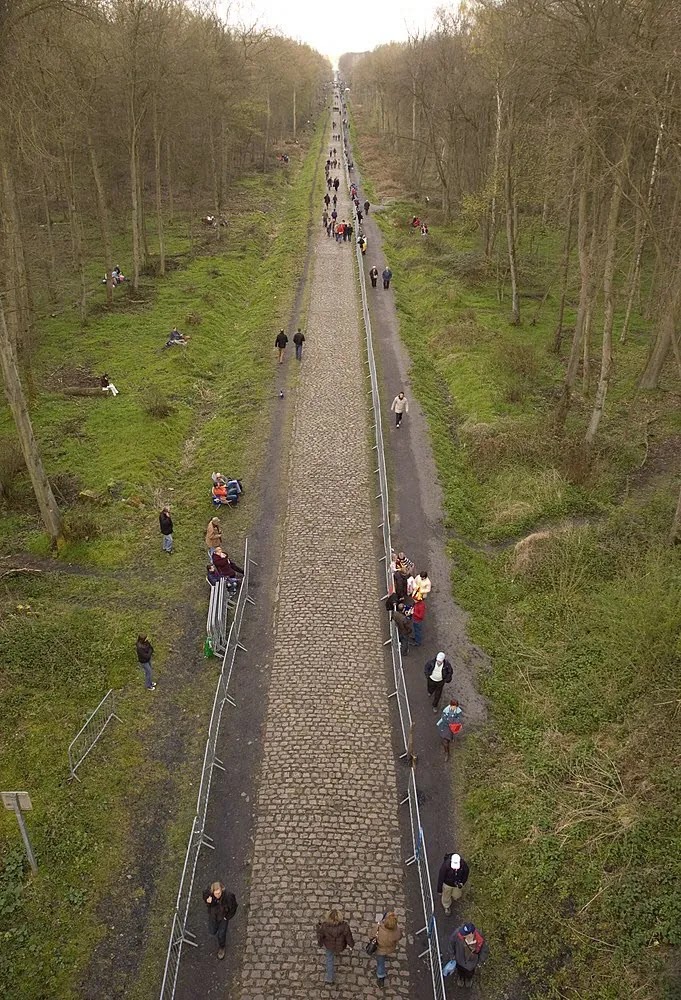 A view of the Trouée d’Arenberg from the bridge. Photo: Jack Thurston/Wikimedia Commons

“When you hit the cobbles for the first time, you’ll think ‘this is actually not too bad’,” former professional racer Ian Holt told Financial Times. “But then, after about 200m, it will feel like your eyes are suddenly popping out on springs like those joke-shop glasses. You can’t focus and your pupils just seem to go off in all directions.”

The shock of plunging onto the irregular ground feels like a slap in the face. And a slap in other places too. Speed immediately drops and hands that were so determined to be relaxed rigidly clench the bars: a futile attempt to retain control of a bike that is now bucking and sliding as much as it is rolling. At least the ludicrous novelty of riding on a surface this ridiculous means it flies by.

Boredom never factors on a Roubaix sector. Finishing a sector is like coming up for air. All of a sudden you can ride a bike again, a skill that you were convinced you’d forgotten in the moments before. The juddering vibrations cause hands, thighs and mind to feel as if they’ve been liquefied. They all swirl around for a time until your senses return. The heavens of tarmac between sector hells give your addled brain and stunned body a chance to regroup. The contrast is such that you could be on a hovercraft.

In 1998, three-time winner Johan Museeuw crashed heavily in the Trouée d’Arenberg shattering his knee. He later picked up an infection and came close to losing his leg, although he came back strong to win the 2000 edition of the race. Then in 2001, Philippe Gaumont broke his femur on the Arenberg. He spent a month and a half in bed, unable to move.

Riding over the cobbles require special bikes. Most riders prefer heavy-duty models to sleek-framed ones, with fatter tires and even different gears. To reduce vibration, many riders would wrap their wrists and then their handlebars. Strategy also plays a critical role. 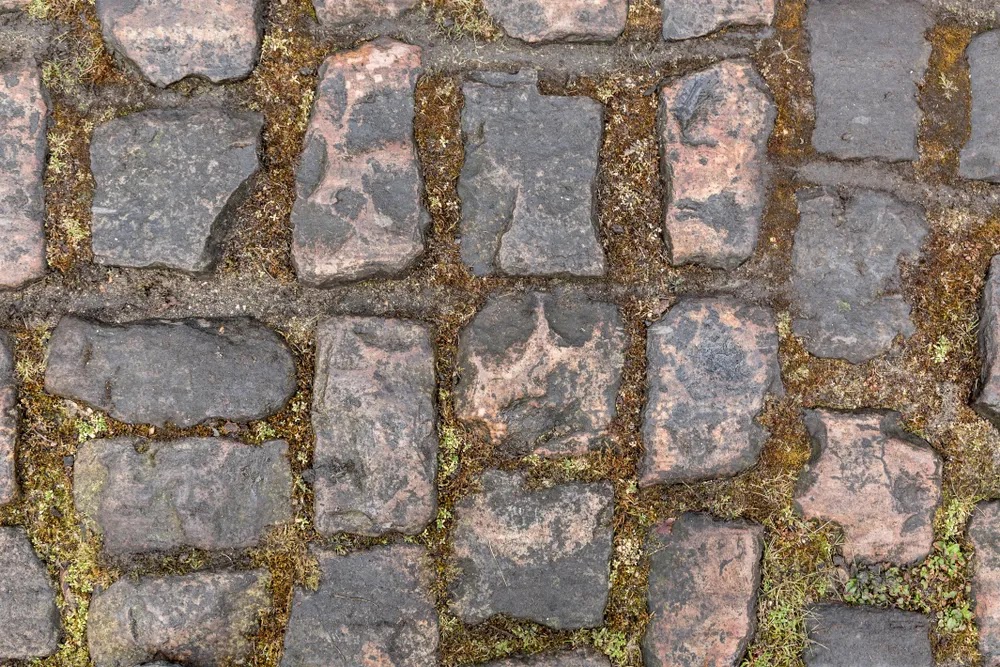 “Flying downhill towards the Trench, instinct screams at you to tense every muscle, grip the bars tighter than ever, and slam on the brakes,” writes Tom Robbins. “This is a mistake – the only way of getting through it is to loosen your hands, let the bike steer itself, and push down as hard as possible on the pedals to maintain momentum.”

When the Paris-Roubaix first began in 1896, there was nothing else but cobbled roads in France. So a race over pavé was all but natural. But after World War 2, many cobbled roads were replaced with smooth concrete and the organizers realized that Paris-Roubaix was becoming too easy. In order to maintain character, the organizers redrew the routes taking riders through the last remaining cobbled streets in the east of France.

But whenever the race was routed through a village, the mayor, anxious not to let the rest of France see them as backward, would quickly improve the roads.

In the 1970s, the race only had to go through a village for the mayor to order the road to be surfaced…. If Paris–Roubaix came their way, they felt they were shamed because we were exposing their bad roads. They went out and surfaced them…

So organizers started looking for old tracks and abandoned roads too unimportant to show up on maps. 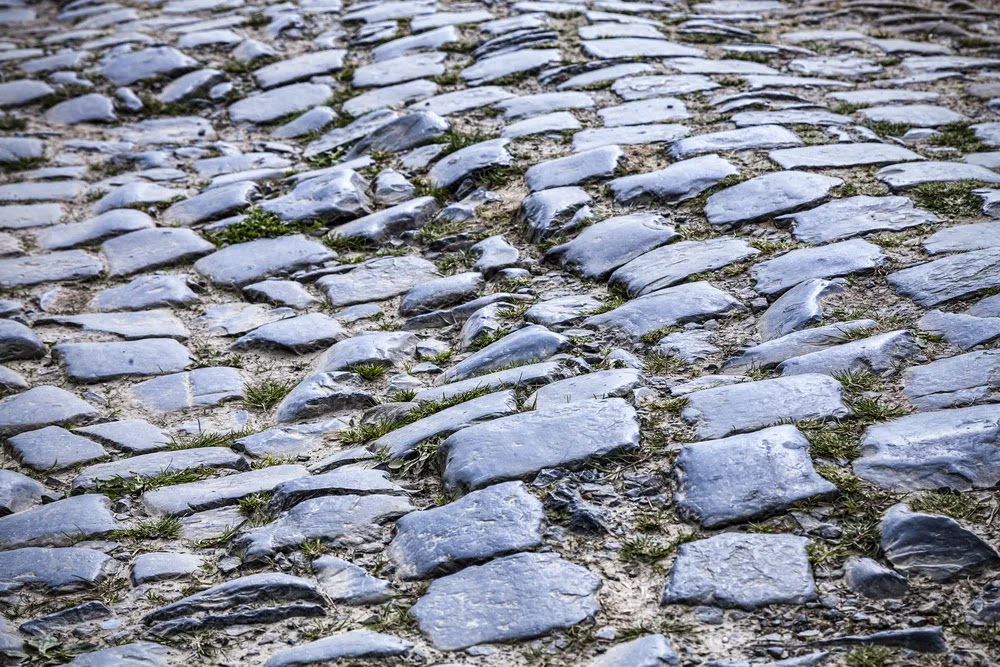 One of the many cobblestone sections cyclists have to endure in Paris–Roubaix. Photo: Radu Razvan/Shutterstock.com 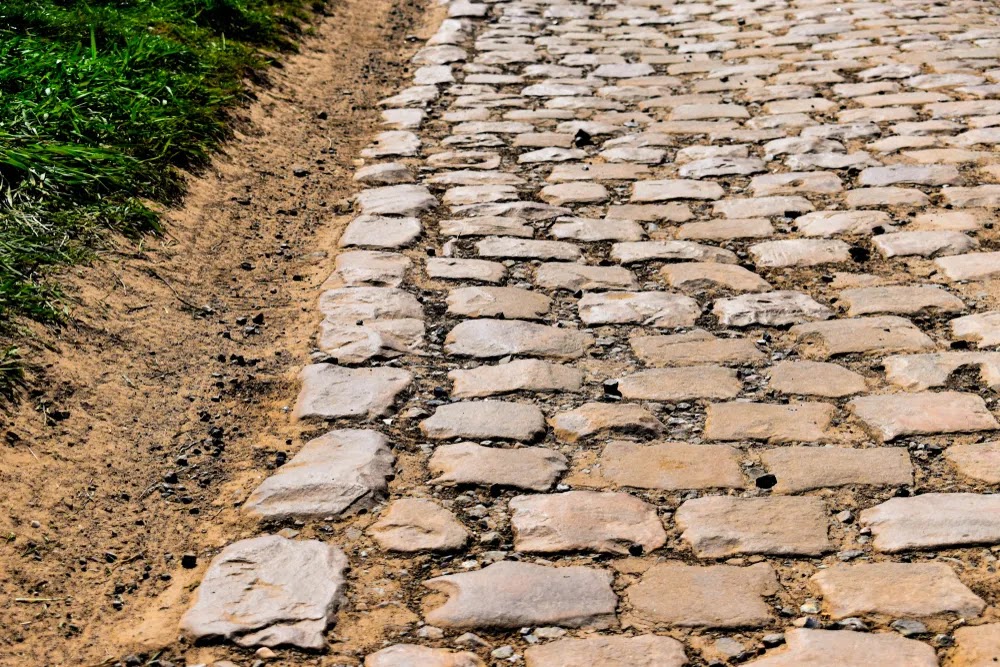 One of the many cobblestone sections cyclists have to endure in Paris–Roubaix. Photo: Tommy Wake/Shutterstock.com

In 1968, race director Jacques Goddet dispatched legendary cyclist Jean Stablinski to find more sections of cobbles. Stablinsk didn’t even had to search. He had lived and worked in Nord for all his life. He was born just north of Arenberg and later lived in Valenciennes, just to the south.

Trouée d’Arenberg had since been a decisive part of the race. Race organizers rate each section of cobblestones on a scale of one to five stars, based on difficulty. Trouée d’Arenberg is one of just three sections to earn the feared five-star designation.

“Paris-Roubaix is not won in Arenberg,” Stablinski once said, “but from there the group with the winners is selected.”

A memorial to Stablinski now stands at one end of the road.

Trouée d’Arenberg’s actual name is “La Drève des Boules d’Hérin”, and before it became famous, there was an active mine underneath it. Stablinsk had worked in this mine for several years.

“Not many people know it but an underground roadway runs directly below the Tranchée. I am the only man to have walked under and raced over the cobbles of Arenberg,” Stablinski boasted. 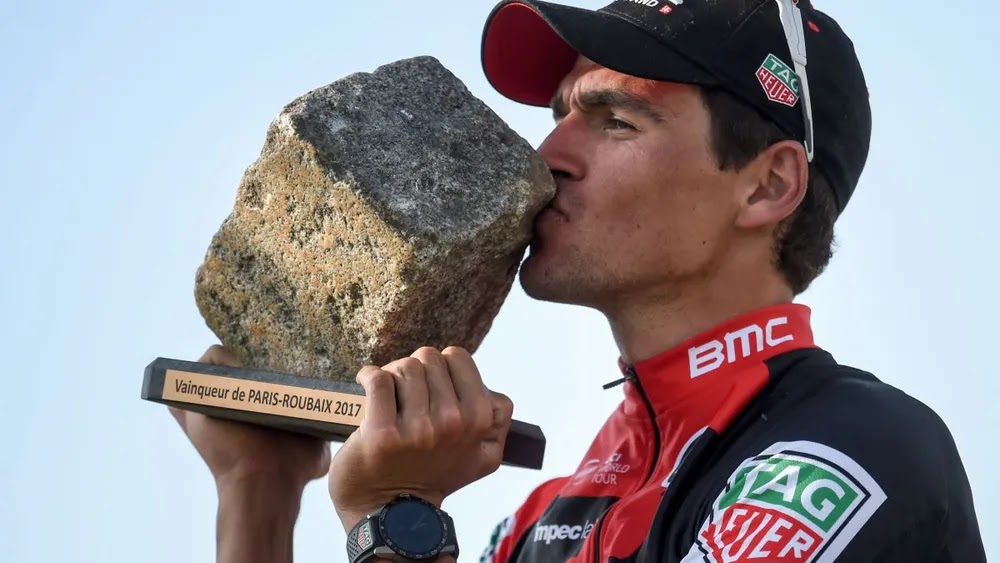 Even the trophy is a cobblestone. Photo: François Lo Presti 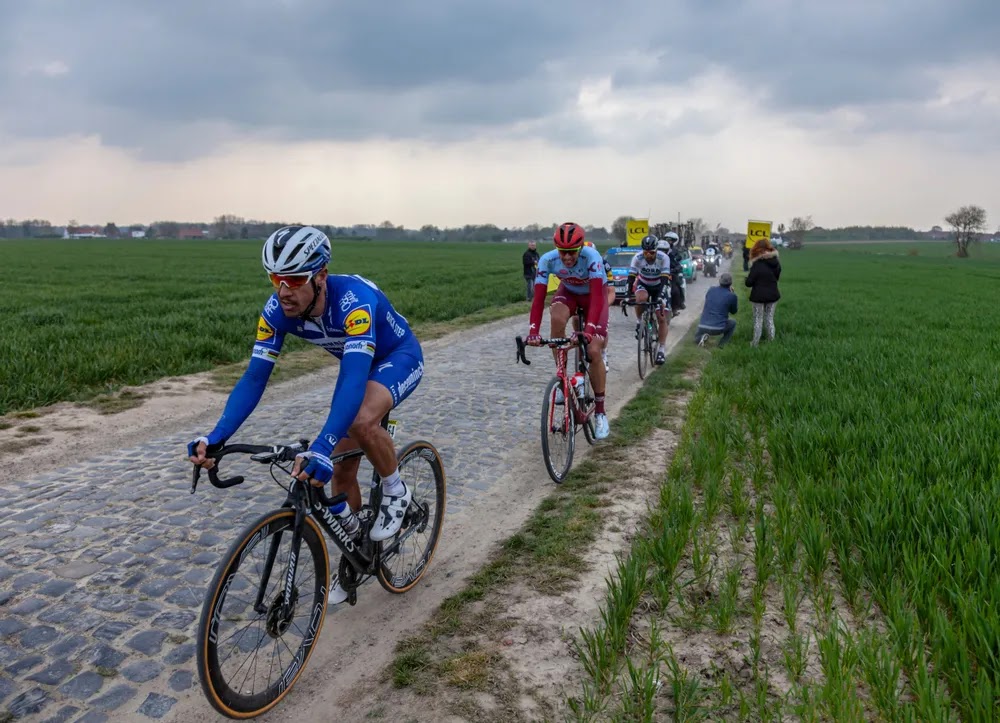 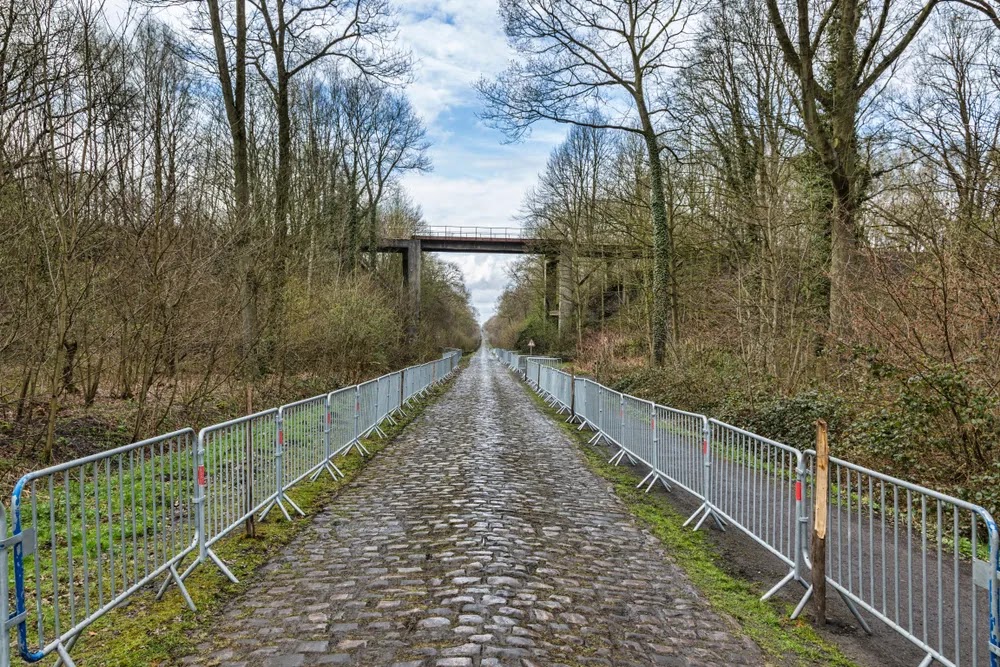 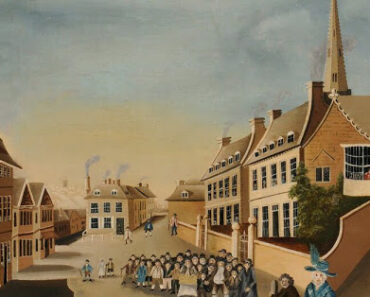 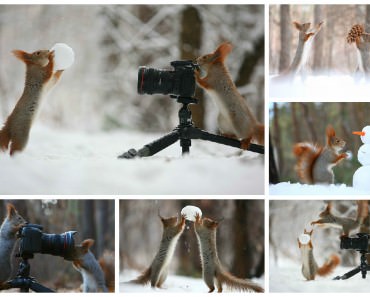 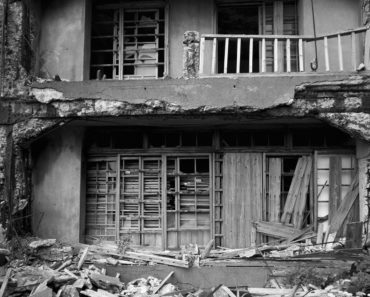