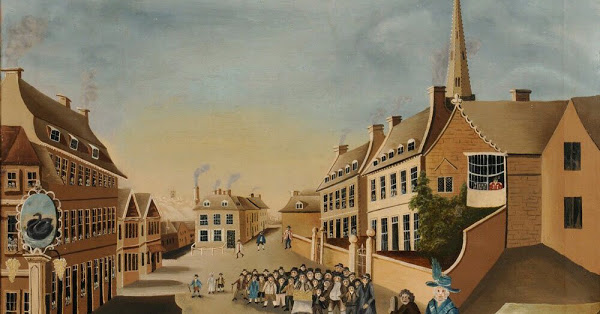 Bull running as a sport is mostly associated with the city of Pamplona, in northern Spain. But until the 19th century, Britain had a similar thirst for blood sport.

The first documented bull running event in the British Isles took place in 1389 in the town of Stamford, in Lincolnshire. In a document recovered from the “Gild of St. Martin”, the event was describes as thus:

on the feast of St. Martin, this gild, by custom beyond reach of memory, has a bull; which bull is hunted [not baited] by dogs, and then sold; whereupon the bretheren and sisteren sit down to feast. 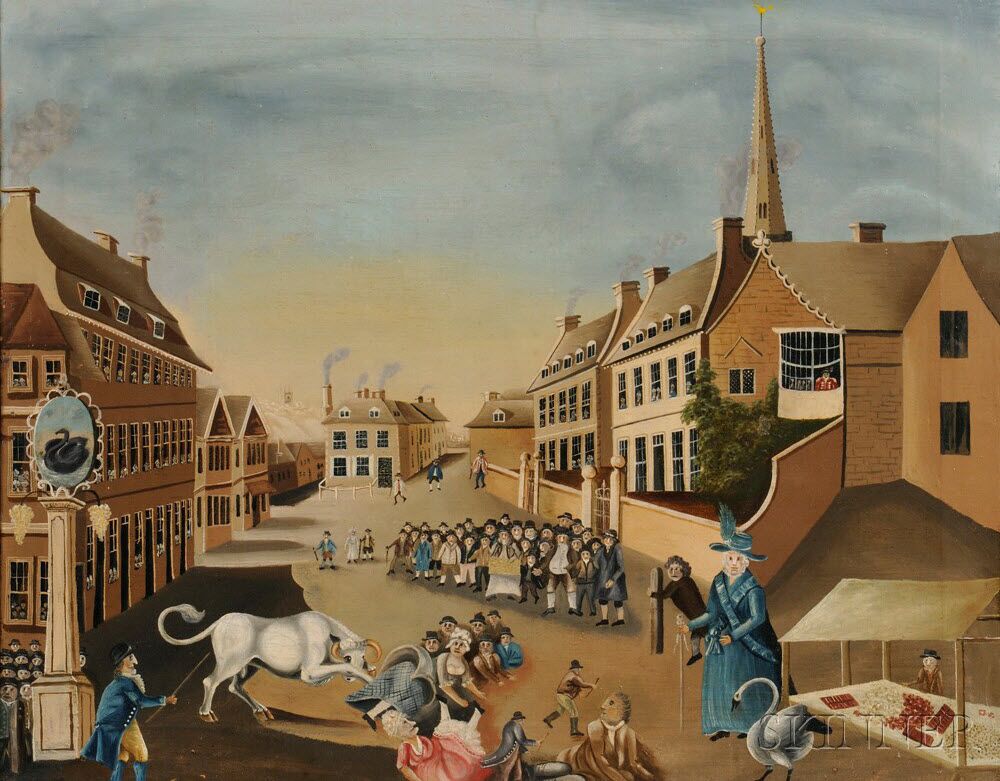 Another detailed account comes from “The Survey and Antiquitie of the Towne” published in 1646:

The Butchers of the Town at their own charge …provide the wildest Bull they can get, this Bull over night is had in to some Stable or Barne belonging to the Alderman, the next morning proclamation is made by the common Bell-man of the Town.. .that each one shut up their shops-doores and gates.. .That none have any Iron upon their Bull-clubs or other staffe which they pursue the Bull with. Which proclamation made and the Gates all shut up, the Bull is turned out of the Aldermans house, and then hivie, skivie, tag and rag, Men, Women and children of all sorts and sizes, with all the Dogs in the Town promiscuously running after him with their Bull-clubs spattering dirt in each others faces that one would think them to be so many Furies started out of Hell.

The running took place on the 13th of November. At around quarter to eleven, all shops were closed and boarded up to prevent damage. Streets were barricaded with carts and wagons. The bull was then released through the streets, baited by the cheering of the crowd, and chased by men through the main street and down to Bull-meadow or into the River Welland. The bull was tormented throughout the day before it was caught, killed and butchered. The meat was distributed to the poor. 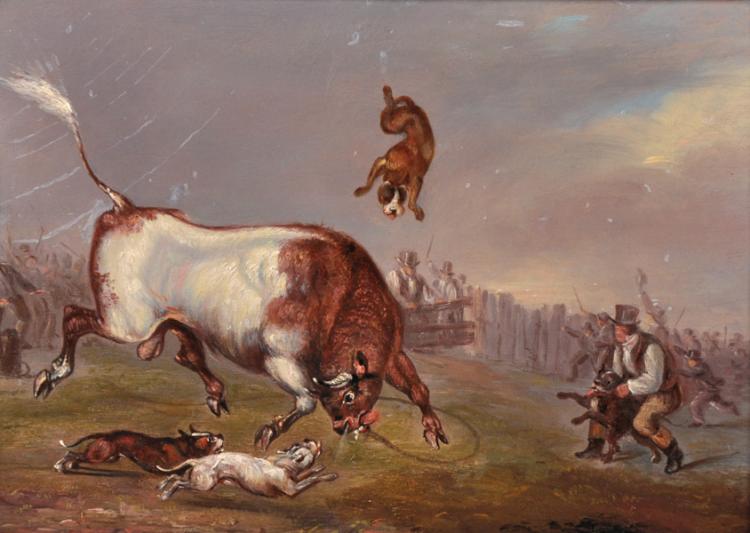 A similar sport was practiced Tutbury, Staffordshire, until 1778. The bull was provided to the Court of Minstrels, a ceremonial legal proceeding for travelling musicians, by the Tutbury Priory. The bull was then chased through the town by the minstrels, and if they could catch it, they could claim, kill it and feast upon it. The event developed into a competition between Staffordshire and Derbyshire residents who competed to catch the bull within their own counties. After the decline of the Court of Minstrels the bull run developed into a drunken revel. It was abolished in 1778 after a man was killed during a mass brawl.

Attempts to stop bull running in Stamford was also made but with less success. There was almost a riot when the Royal Society for the Prevention of Cruelty to Animals campaigned against it in 1833. Stamford residents defended their ancient custom as a “traditional, manly, English sport; inspiring courage, agility and presence of mind under danger.” They argued that it was less cruel and dangerous than fox hunting. The local newspaper joined in the protest asking “Who or what is this London Society that, usurping the place of constituted authorities, presumes to interfere with our ancient amusement?” 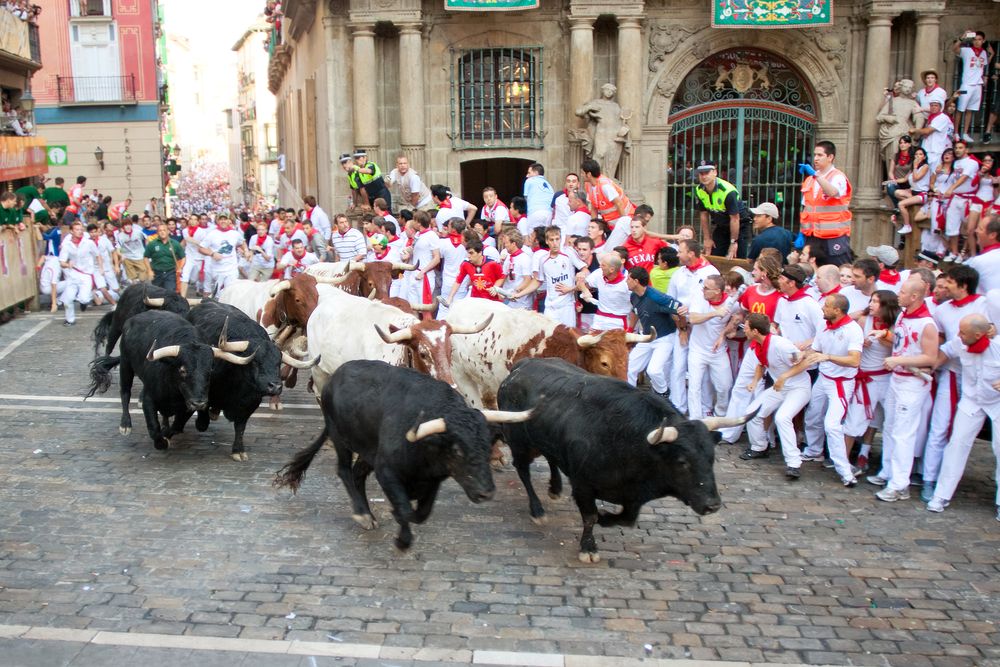 The 1836 bull-run saw between five to six thousand participants. The crowd became rowdy and assaulted a police officer and attacked the house of a local opponent of the run. Indictment were charged for “conspiring, combining, and confederating together to beat, bait, wound, and torment a bull, and thereby to disturb the peace of the town of Stamford, and cause a riot and tumult”. A trial was held and several people were convicted.

The town responded by planning an even bigger event for the next year. The mayor tried in vain to stop the running, deploying two hundred special constables. The run happened anyway. Participants, including women and children, hurled stones and brickbats at the interfering police, and in the clash many townspeople were injured. The bull, however, was saved.

The last bull run in Stamford took place in 1839, in the face of an even larger force of soldiers and constables. The run was short, with the bull being captured by the peace-keeping forces quickly without serious incident. The mayor made the townsfolk pay for all the extra policing operations for the last four years, and this finally did it. The town agreed to stop the practice.

Bull running is still practiced in many Catalan villages and in France in the region around Sommières, and in the Indian state of Tamil Nadu, where it is called Jallikattu. 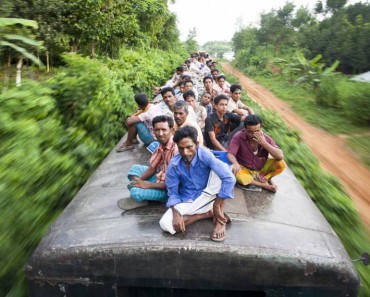 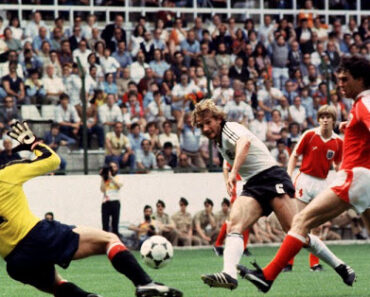 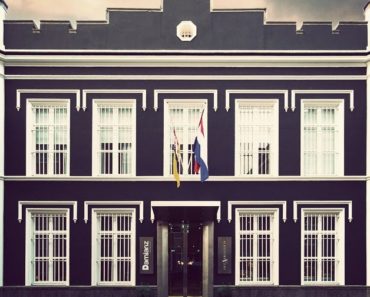