Paul Rucker’s eye-opening work forces people to look at the bias and bigotry that have been sewn into the fabric of America.

The silhouette of a KKK robe is unmistakable, with its ominous, hooded outline. It’s a stark reminder of one of the ugliest parts of America’s past — a past that has been bubbling to the surface again in recent years. That’s why multimedia artist Paul Rucker decided to create more than 80 of those garments, using nontraditional fabrics and an artisan’s craftsmanship.

Rucker, a TED Fellow and an iCubed Fellow at the Institute for Contemporary Art at Virginia Commonwealth University, frequently displays his handmade robes alongside his collection of slavery-era artifacts — including slave branding irons, shackles and postcards of lynchings. As symbols of slavery’s brutal legacy, these physical objects remind us of what lies beneath America’s modern surface.

Rucker wants these items to inspire a range of reactions in people. But when you see them, please don’t use the word “shocking” to describe them, he asks. “I feel there’s nothing more shocking or disturbing than what’s happening outside the gallery,” he says. One of Rucker’s largest showings of robes to date, Storm in the Time of Shelter, was on display at the Institute for Contemporary Art in Richmond, Virginia, earlier in 2018 (many of the photos in this article were shot there). Below, he explains the messages and motivations behind the exhibit and his work.

Instead of the traditional white, my robes are made with a vibrant array of materials and colors. I’ve made more than 80 so far. To me, the robes are less about the Ku Klux Klan and more about the normalization of systemic racism. The Ku Klux Klan emerged from a time when American protectionism was in place because troops were coming back from World War I and concerned about jobs. Made up of white Protestants, the members weren’t just anti-black — they were anti-Catholic, anti-Italian, anti-Jewish, anti-Japanese, anti-Chinese; they were even anti-Mormon.

At their peak in the 1920s, the Klan had more than five million members. They were so successful that the robe factory in Georgia’s Buckhead neighborhood had to run 24-hour days to keep up with the demand. The policies that the KKK wanted in place 100 years ago included segregated neighborhoods, segregated workplaces and segregated schools. That was the America we had at the time — and it’s pretty much the America we have now, minus the hoods. My art encourages people to ask questions, such as: Are we repeating certain patterns over and over again? How do we value ourselves and each other? Where’s the empathy? Where’s the compassion? When it’s present, is it seen as a weakness or as a strength?

While the robes are the most visible aspect of my work, at least as important are the slavery-era and KKK-related artifacts. At my recent exhibit, one case had artifacts from the origin of the Klan in the 1920s, including the Klan manual, the Klan oath and its women’s constitution. Yes, the Klan had a women’s auxiliary society. There’s a copy of Time magazine from 1924 with the Grand Wizard on the cover. I have certificates from someone paying their monthly Klan dues in the 1920s. Another case held slave items: a runaway-slave branding iron, lynching postcards, shackles for adults and children. A third case dealt with ideology, and it contained some pro-slavery books dating from 1832 to 1940, as well as some neo-Nazi material. I also had books that used the Bible or false science about black inferiority to justify slavery.

I collect these objects to show how black people have been terrorized and to highlight the parallels between the past and present. Slaves weren’t seen as people; they were disposable. Once a slave was worked to death, they were disposed of. From slavery to today’s prison system, black people were in restraints. Between those eras, we had the convict leasing program: when crops needed to be picked, they’d do a roundup of black people for every so-called crime, such as walking along the railroad tracks and loitering. They’d pick you up, hold you indefinitely, and lease you out to the fields. Then, as now, being black was a crime. Having the documentation of this culture and making it real for people is important. Displaying an actual ball and chain generates a visceral response. It’s about telling these stories and exposing the false narratives that are common and pervasive in our society today.

People need to realize that slaves were the “capital” in capitalism. Many people still have the thought, “Oh, black folks, they’re lazy.” Wait a second — these were the people who brought in $200 million worth of cotton in the year 1860, which is equal to $5 billion today. I don’t think we should ever call them lazy. Those who did nothing besides watch over the black people working — they may have been lazy. Or someone might say that white people were smarter, because they were the ones that were in charge. When do we learn about the $200 million in cotton sales in school? We don’t. Yet the false narrative of lazy black people is still with us today.

The systems that were put in place from the slave era continue to help one group and hurt another disproportionately. It’s why blacks are still treated differently in the banking system, the housing system, the education system and the healthcare system. Then there’s environmental racism, the disproportionate number of people of color represented in mass incarceration, police brutality — I could go on and on and on. I feel a duty to bring this part of history to light through my art.

We admire people who win, no matter how they win. We admire people who have money, regardless of how they got it. But we have to look at the moral basis of who we are as a people, what we value and the characteristics we value in each other. There has to be some kind of truth and reconciliation, and until that happens, none of us will sleep well. That’s why I feel a duty to bring this part of history to light.

It’s a daunting task and painful chore to address our history, but if we don’t, the elephants in the room get bigger and stronger. What is not talked about can be used to manipulate people to live in fear of each other and to treat each other unjustly. Only when we acknowledge and confront the fact that systemic racism is sewn into the very fabric of our country can we dismantle the ugly legacy of slavery. I feel it is my responsibility as not just an artist but as a human being to be the voice for people that no longer have a voice. I have a deed of sale from 1806 for a 3-year-old Negro boy named Sam who was sold for $30. Imagine being that slave — after you started walking, they’d put shackles or bells on you and make you work as soon as possible. It’s my responsibility to tell that child’s story.

I used to work as a janitor at the Seattle Art Museum. Now I’ve just completed a show at one of the most anticipated art museum openings in the country. My journey to being an artist is not the traditional route, nor one that most would ever recommend. My arts education consisted of sweeping floors, cleaning restrooms and taking out the trash at the museum. While cleaning the galleries, I’d repeatedly see the Cindy Sherman show and the Christian Marclay show. This became my art education. I created my first interactive sound and video installation in 2003. A few years later at the Rockefeller Study Center in Italy, I decided: “I am going to be a visual artist.” I devised “Project 12,” where I would create one new visual art show a month for an entire year … and I did it. It was a way to play catch-up.

As a janitor, I never lost sight of my potential and I hope that feeling never goes away. As a creative, you have to wake up in the morning believing in yourself and the worthiness of your ideas, even in the face of opposition. I continue to believe in the power of art to be a catalyst for conversation and change and a promoter of empathy and understanding.

All photos courtesy of Ryan Stevenson. 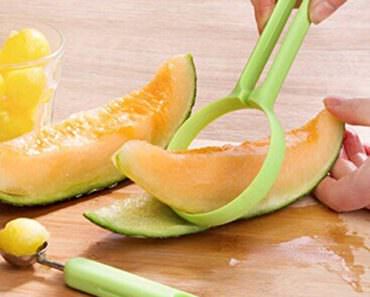 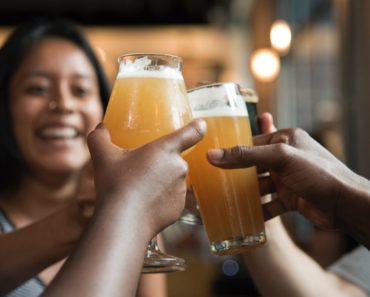