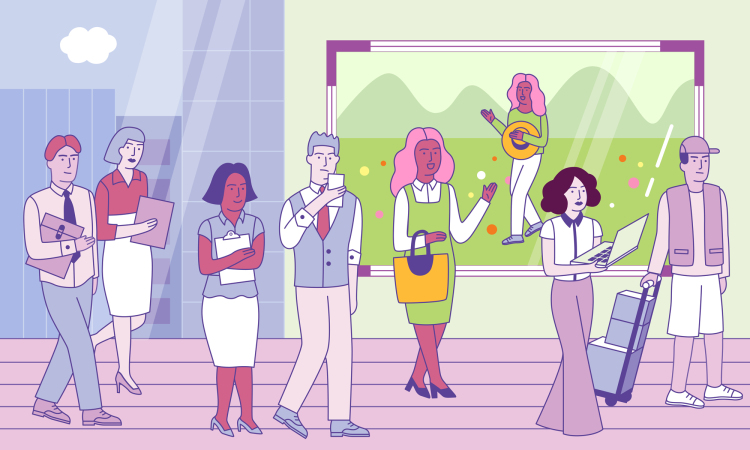 When Caroline Harper suddenly found herself jobless in her mid-40s, she decided to step off the corporate ladder and travel to all the places she’d always wanted to go, from Antarctica to Egypt. Here’s how it changed her life — and her career.

Caroline Harper loved her work negotiating big contracts in the oil and gas industry. “I liked the almost Games of Thrones strategic feel of it,” she says. “You’d stay up for three nights in a row and do the difficult work at 3 AM on that last day. It was a stamina test, an intellectual sparring match with the other side. It was very exciting.”

But in February 2002, Harper’s company sold the part of the business that she’d built and run. “I was made redundant,” she says.

She was in her mid-40s and could have used her connections to find a similar role at a different company. Or, because she was lucky enough to receive a good severance package, she could have taken time off to sit on a beach. Instead, she did something less expected. “I’d worked all my life and never did a student gap year,” says Harper. “I thought, ‘I’m going to go see a bit of the world.’” But she planned to do her gap year in two parts: she’d travel for six months, return to the UK, work as a consultant for a while, and take off for another six months of adventures.

Harper had an extra motivation to seize the chance to travel. Both of her parents had passed away relatively young — her father at age 64 and her mother at 56. “They’d both hoped that when they retired, they’d go off into the world and do all these things. And they didn’t get there,” says Harper. “I had money and time — usually you have one or the other. So I thought, ‘I’ve got an opportunity to do it now, when I’m healthy and I don’t have any dependents. Why not?’”

The time spent traveling was transformative for Harper. In fact, it led to her leaving the corporate world altogether and joining a nonprofit, Sightsavers, which works to end preventable blindness around the world and promote the rights of people with visual impairment. Below are six reasons she believes, if circumstances permit, we should all consider a midlife gap year.

You’ll get to see all the places you always dreamed of.

It didn’t take Harper long to make her itinerary. She used a simple question to guide her: What places had sparked her imagination over the years? Her list tended toward natural wonders and archaeological treasures — Machu Picchu in Peru, a cruise down the Amazon, the Galápagos Islands, Egypt, a trip to China to see the Forbidden City in Beijing and the terra cotta warriors in Xi’an. Her favorite stop? Three weeks in Antarctica, retracing the path that explorer Ernest Shackleton had taken from 1914 to 1916. “It was just beautiful — the penguins, the seals, the whales. It’s just genuine wilderness,” says Harper. “There was a hurricane at one point, and we had to hide behind an iceberg. We were in this big research vessel with sonar and GPS, but even then, it was quite scary. I kept imagining, What was this like in a rowboat? What was it like to lead people through this?” It was a humbling experience that helped jolt her out of the status quo.

You’ll discover skills you never knew you had.

Harper knew what made her so good at her corporate job: her knowledge of physics and energy use, her ability to understand legalese, and her aptitude for high-pressure negotiations. In traveling, she began noticing softer skills she’d never thought much about before. “I discovered that I’m quite good with sorting out logistics when things go wrong,” she says. “I also discovered that I was fascinated by more things than I thought I was. My career had been entirely focused on the UK, which had never bothered me. But I realized then that my world was way too narrow. I wanted to be more international.” Harper found she was surprisingly good at connecting with people. “I could talk to villagers in the middle of Pakistan the way I could talk to presidents of companies,” she said. She wasn’t sure what all of this added up to, career-wise, but she knew she wanted to find something that could tap these newly identified skills.

You’ll see things that will make you want to take action.

Harper found further clarity in some of the most heartbreaking moments of her travels, such as seeing people with leprosy begging on the side of the road in China. “You see these things on documentaries, but it’s just not the same as seeing people there in front of you,” she says. “You realize what a large proportion of the world doesn’t live the way we do [in wealthy countries]. That had a big impact on me.” She realized she wanted to do something that would help people, and not just lead to bigger profits.

You’ll notice themes in your life you may not have recognized before.

After Harper’s father passed away, she had gone to the library to return books that he’d borrowed. When she opened them, she noticed the type was incredibly large — while she’d known he was losing his eyesight due to diabetes, his vision loss was worse than she thought. Her uncle had also experienced blindness — after taking a drug to treat arthritis when he was in his 50s, his retinas detached and he could no longer see. Harper saw how this affected both men. “With my father, it was a loss of independence that led to depression,” she says. “And I saw the impact it had on the marriage between my uncle and aunt — she turned from being a wife to being a caregiver. There just weren’t a lot of services available at the time. Many people back then assumed blindness was the end.”

Harper herself is very short-sighted and is fully reliant on glasses and contact lenses. “I can’t see the big letters on the top of the optometrist’s board without them,” she says. But she’d never actually connected the dots between all these experiences until she opened up The Sunday Times in late 2004 — toward the end of her two-part gap year — and saw that a UK-based nonprofit called Sightsavers was advertising for a new CEO. “When I saw the ad, I thought, That’s me,” she says. “I want to do that.”

You’ll open yourself up to taking other big changes.

Over the course of her travels, Harper had begun to suspect that she wanted to work at a nonprofit. She applied to a few such positions and reached out to headhunters she’d worked with in the past about finding this kind of role. They were not encouraging. “One even said, ‘You’re too old to make a career switch,’” Harper recalls.

But she decided to go ahead and apply for the CEO position at Sightsavers. She felt it was a role that would benefit from her business acumen and from her abilities to work with logistics and to talk to anyone. And it was exactly the kind of job she knew she wanted — international, purpose-driven, and related to a cause that she cared deeply about. After a series of interviews with trustees and with the outgoing CEO, Harper was offered the job. She started there in April 2005 and instantly loved it.

“When I first told people I was joining Sightsavers, the guys in the corporate world were all, ‘Oh my god, why are you going into the charity sector? It’s all sandal-wearers and people eating oats. You’ll hate it,’” Harper says. “But in the charity sector, it was, ‘Oh my god, how have they hired a corporate woman? She’ll be evil and money-grubbing.’” After making her career transition, she realized how wrong both sectors’ impressions of the other were. “Things are not as different as everybody says,” she says. “People are people in both sectors — they like to support one another and have success. The only difference is the end product: is it that you made profits, or that you restored people’s sight?”

You’ll realize that there’s no time limit on trying something new.

During her 13 years (and counting) as CEO at Sightsavers, Harper has focused on expanding the organization’s reach. Sightsavers now works in more than 30 countries, and among other goals, it has resolved to take on trachoma — an intensely debilitating but curable eye disease — with the support of TED’s The Audacious Project. Harper believes we can end trachoma, which has been blinding people for thousands of years, within our lifetimes.

Even though her gap year was well over a decade ago, those experiences may send her in new directions yet. When Harper was five years old, she remembers, she and her family went to see Tutankhamun’s treasures at the British Museum. “I queued for hours and hours to see them,” she says. “I was utterly blown away.” That led her to visit Egypt during her travels. “It still captures my imagination,” she adds. “I’m wondering, when I leave Sightsavers at some point in the future, whether I’ll go back and do a degree in archaeology.” Harper is no longer scared of making such a big change.

Perhaps that’s the most important reason for a midlife gap year if you can, Harper says — while you may think that your days of taking bold choices are behind you, you’ll see that it just isn’t true. “The personal situation has to fit, and that can be very difficult,” says Harper. “But the advice I give people is, ‘Don’t feel like your life has to follow a predetermined path.’ Employers don’t expect you to have a tram-line CV.”

Harper believes that her gap year helped her author her own fate rather than just react to what happened to her. “Taking it helped me not to rush decisions,” she says. “If I had rushed, I probably would have gone back into the private sector. I might have earned more money, but I just wouldn’t enjoy my life as much.”

Want to join Harper in ending preventable blindness? Become a champion of Sightsavers’ drive to end trachoma — one of the first ideas funded by TED’s The Audacious Project — and receive regular updates on how you can participate. 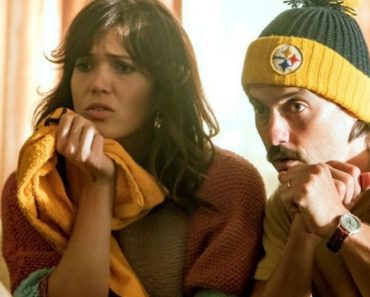 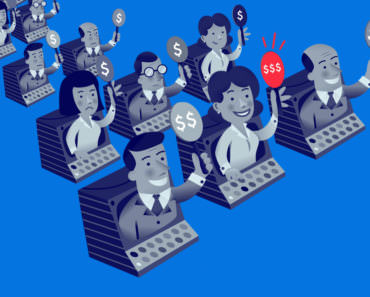 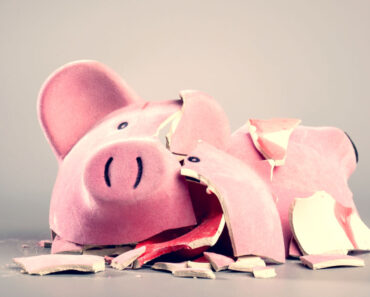