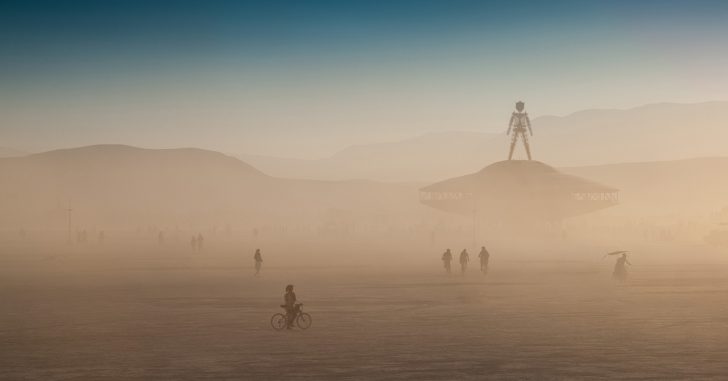 Next week, approximately 70,000 people from around the world will converge in Nevada’s Black Rock Desert for Burning Man, a dusty week of art-making, music, dancing, and experimental living. Whether they arrive in RVs or land on the site’s temporary airstrip, these extravagantly costumed pioneers will enter a fenced-off, self-policing utopia without cars or money (barter or gifts only, please) where the goal is “radical self-expression.”

Founded on San Francisco’s Baker Beach in 1986 by friends Larry Harvey and Jerry James, Burning Man relocated to Nevada in 1990 after local authorities declared the event a fire hazard. After the founding of WIRED in 1993, also in San Francisco, the magazine—currently celebrating its 25th anniversary—recognized the event’s significance, publishing a first-person account by attendee Bruce Sterling in 1996, followed the next year by a book of photography and writing.

Over the subsequent decades, Burning Man grew into a cultural juggernaut, celebrated and reviled in nearly equal measure. During that time, hundreds of writers and photographers have attempted to explain the phenomenon to an uncomprehending world of non-Burners—with various degrees of success. The latest is British photographer Philip Volkers, whose new book, Dust to Dawn: Photographic Adventures at Burning Man, was published this week.

Volkers took the photographs in the book over the course of a decade, during which he attended seven Burning Man festivals. His first Burn was in 2006, when he attended with a friend who owned an RV. “It was amazing, and it kind of changed me,” Volkers says. “It’s a place where there’s no commodification, no money. It’s just about art and installations and meeting people.”

To shoot inside Black Rock City, as the temporary encampment is known, Volkers had to register as a journalist and submit all his images to the notoriously skittish Burning Man media committee for approval. A bigger challenge than potential censorship, he says, was trying to shoot during the dust storms that occasionally blow through. “Your equipment gets completely fucked up.,” he says. “That alkali dust corrodes metal and leather, as well as your own skin.”

Over the years, Volkers has seen the event evolve from a hippie commune into a destination for celebrities and Silicon Valley billionaires, although he says that much of Burning Man retains its DIY soul. The key? “I steer well away from the Instagram models and focused on the nuts and bolts of the festival—the temple, the underbelly, the people who make it happen.”

Volkers couldn’t attend this year’s burn because of another assignment. He says he looks forward to finally experiencing the event as a civilian rather than a photographer.

“When I’m working, it’s full-on,” he says. “I have to get my equipment tagged, attend fire safety meetings, be at certain places at certain times. It’s a bit lonely. I want to go back next year, but without a camera. Just enjoy it.” 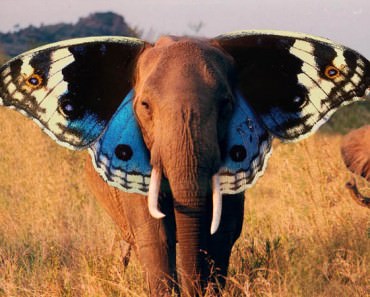 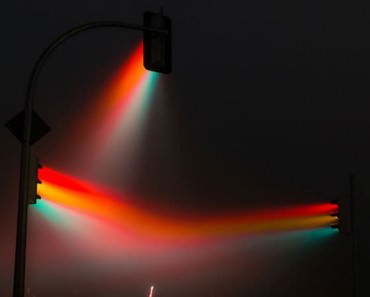 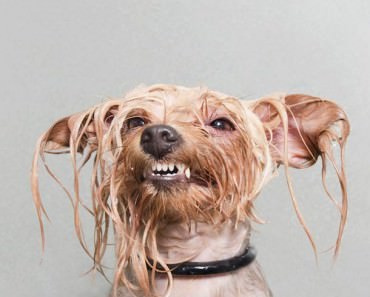