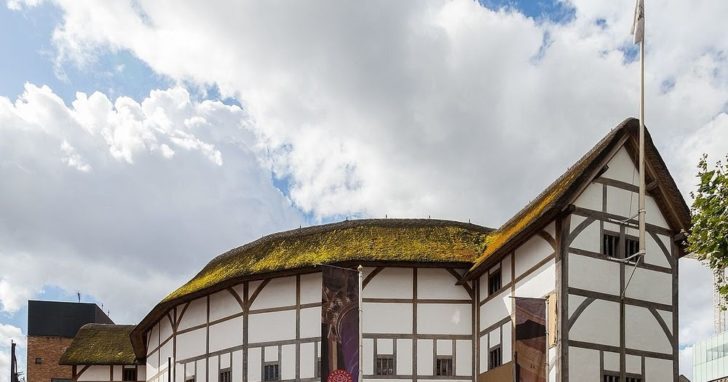 On a cold, snowy December night in 1598, about a dozen men armed with swords, daggers and axes quietly broke into a recently vacated theater in Shoreditch, located just outside the city of London. With the aid of what modest light their lanterns could throw, the men worked tirelessly all throughout the night, dismantling the theater beam by beam and nail by nail, and loading the stripped timber onto wagons. By the time the darkness of the night gave way to the first light of dawn, the theater was gone.

The vandals in question were the Lord Chamberlain’s Men, the theatrical troupe to which William Shakespeare belonged. For the past several years, the Chamberlain’s Men had been playing at Shoreditch’s Theatre. This theater, built in 1576, was the second permanent theater ever built in England, and the first successful one to be built for the sole purpose of theatrical productions. 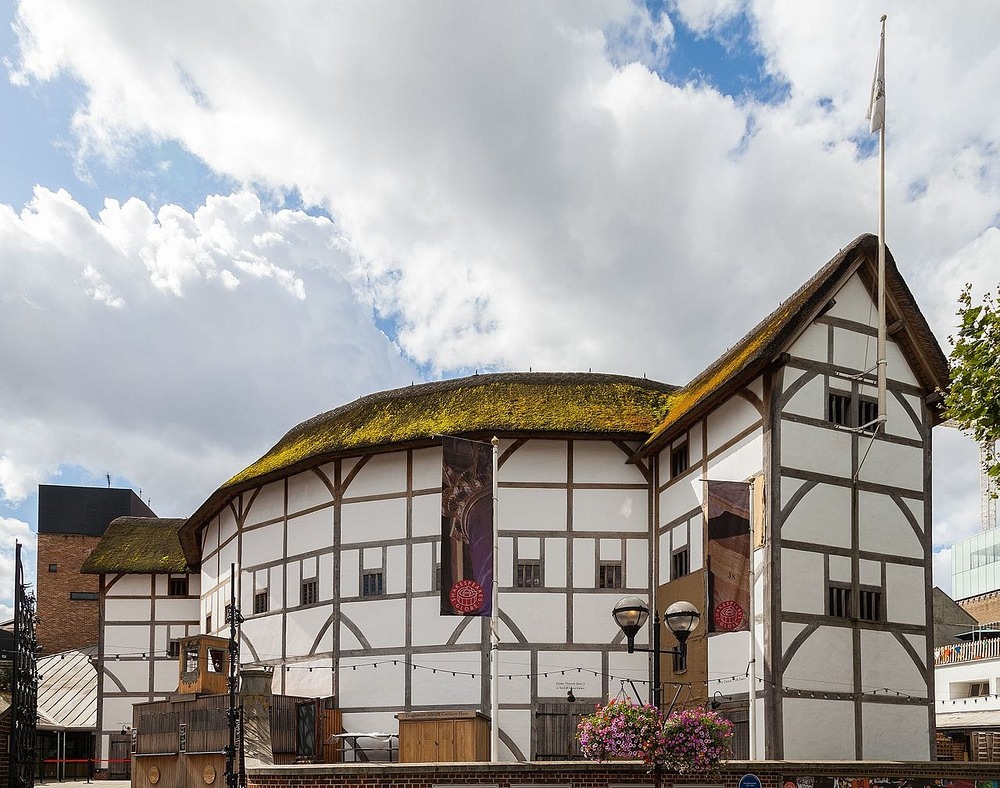 The Lord Chamberlain’s Men was founded in 1594, and within a short period of time it became one of the leading theatrical companies in London. Shoreditch’s Theatre was their home, and over the years, the Chamberlain’s Men played many of Shakespeare’s most famous plays on this stage.

In 1596 the lease for the property on which the Theatre was built expired, and the Chamberlain’s Men tried hard to negotiate an extension with the stubborn owner, Giles Allen. Not only Allen refused to renew the lease, he threatened to take possession of the theater as well. The dispute dragged on for two years, during which time the company performed at the nearby Curtain playhouse. It was at Curtain Theatre that Shakespeare debuted what is arguably his most famous play, Romeo and Juliet. 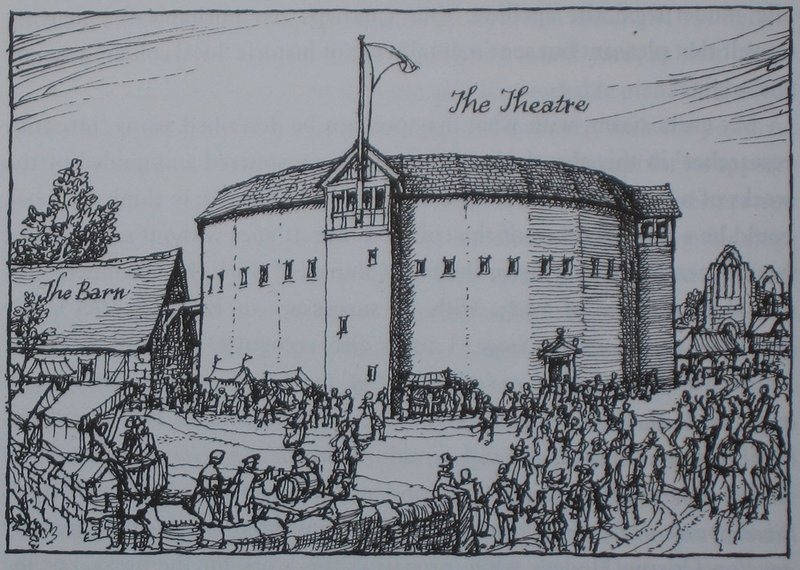 The Theatre of Shoreditch, the one that Shakespeare’s men dismantled.

When it became clear that Giles Allen wasn’t going to give back the land, the Chamberlain’s Men leased a new plot by the Thames, and on 28 December 1598, while Allen was celebrating Christmas at his country home, the men stole into the Theatre and carefully tore it down. A talented carpenter named Peter Street, who would later build another historic London theater named Fortune Playhouse, recycled the old pieces of wood into an astonishing new theatre—the Globe, capable of holding up to 3,000 spectators.

The romanticized version of the story holds that the Theatre was dismantled during the course of a single night, but historians believe the job could not have been completed in such a short time. Also, there is no proof that Shakespeare was present during the night, although he most certainly would have been following the proceedings closely, for he did have a tremendous interest in having this job done right.

Initially the timber was stored in a warehouse near Bridewell, until the following spring, when the materials were ferried over the Thames and used to construct the much larger Globe. 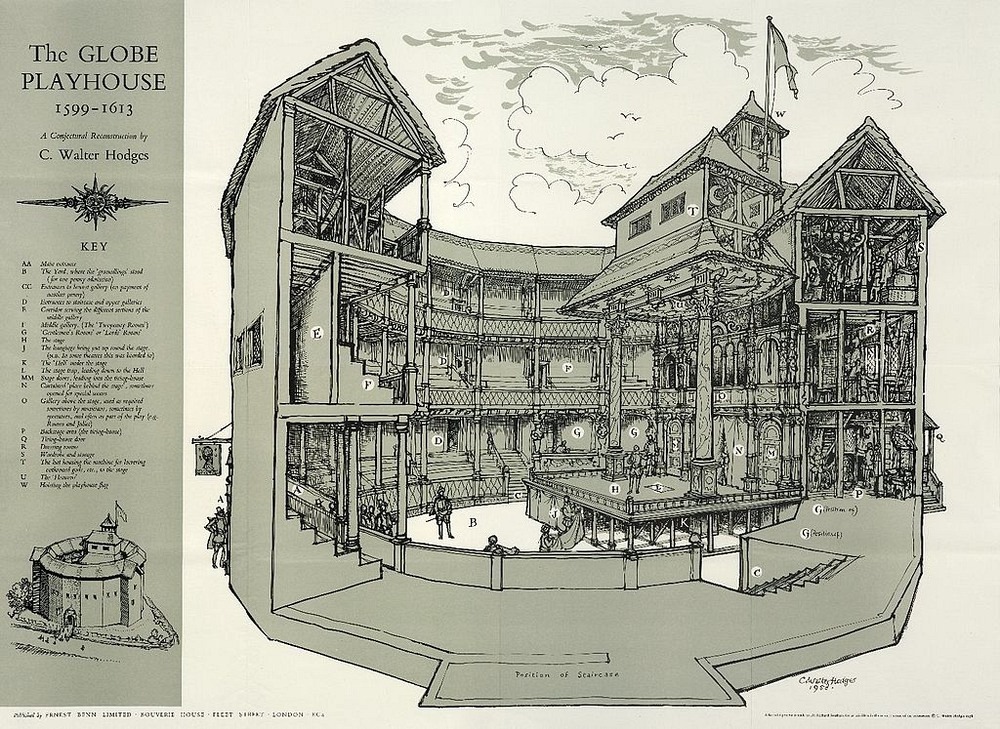 Reconstruction of the Globe theatre based on archeological and documentary evidence.

The Globe was up and running by early 1599, and for the next 14 years it presented many of Shakespeare’s greatest plays. In 1613, during a performance of Henry VIII, a misfired stage cannon ignited the thatched roof and the theatre burned to the ground. Although the theatre was quickly rebuilt, Shakespeare probably never wrote for the second Globe. Eventually, like all the other theaters in London, the Globe was closed down by the Puritans in 1642.

The new theater was designed to be as authentic as possible to Shakespeare’s 16th century theater. The structure is made of timber alone without any steel support, and it is the only building in London with a thatched roof, since that material was banned after the Great Fire of 1666. Seats are simple benches, although spectators can request cushions during shows. No spotlights, microphones or any kind of modern audio equipment are used. All music is performed live, most often on period instruments, just like it was in the 16th century. Only recently, the Globe began experimenting with lighting and sound rig. 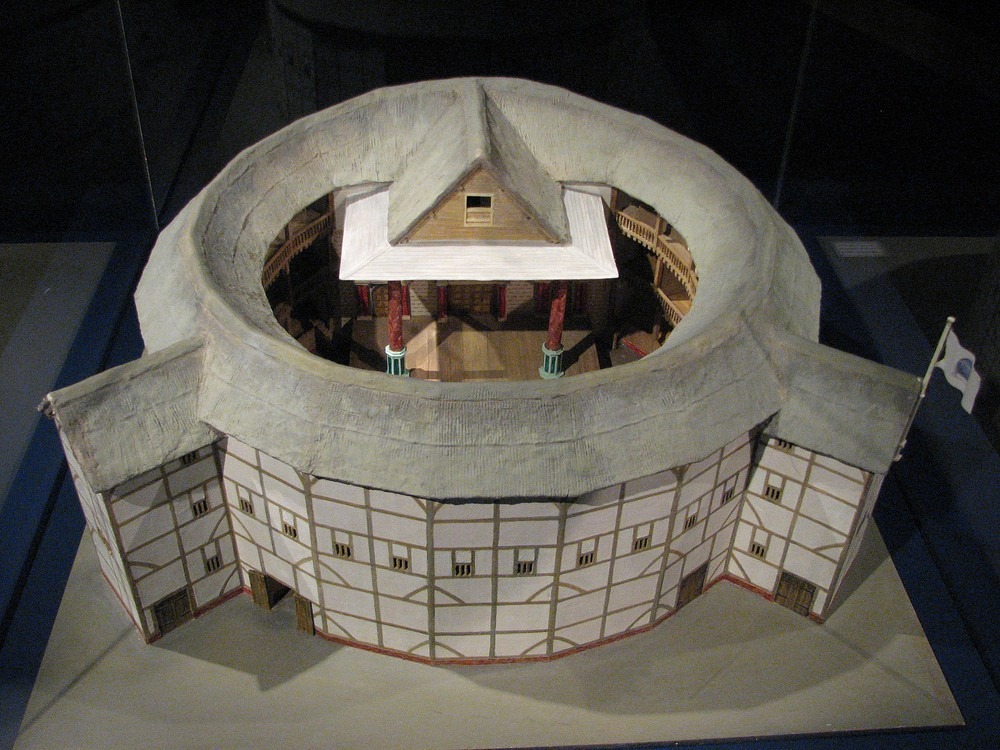 A model of Shakespeare’s Globe Theatre in London. Photo credit: Al and Marie/Flickr 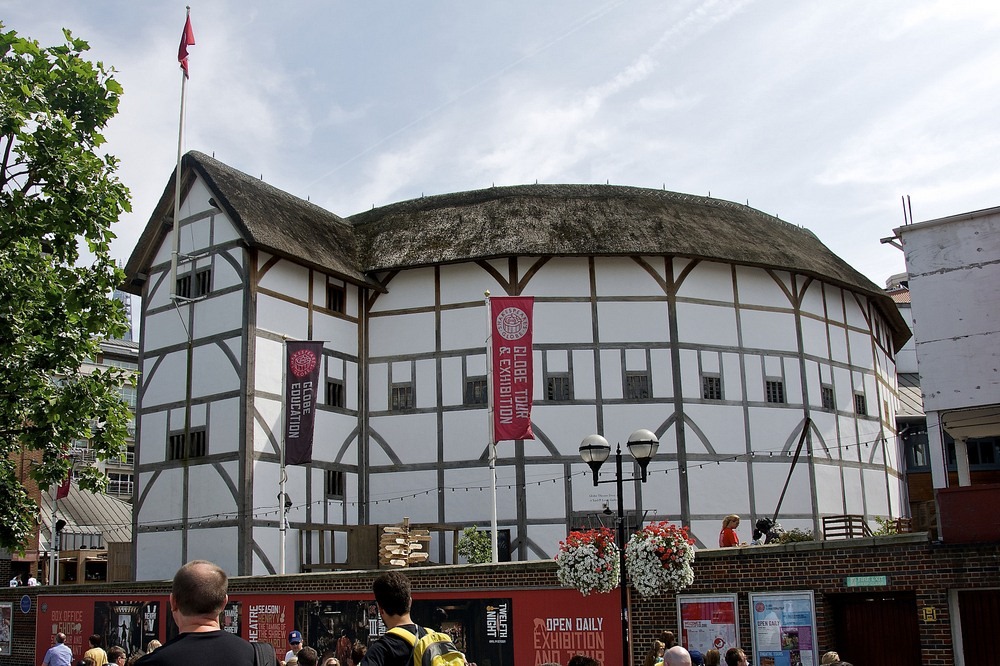 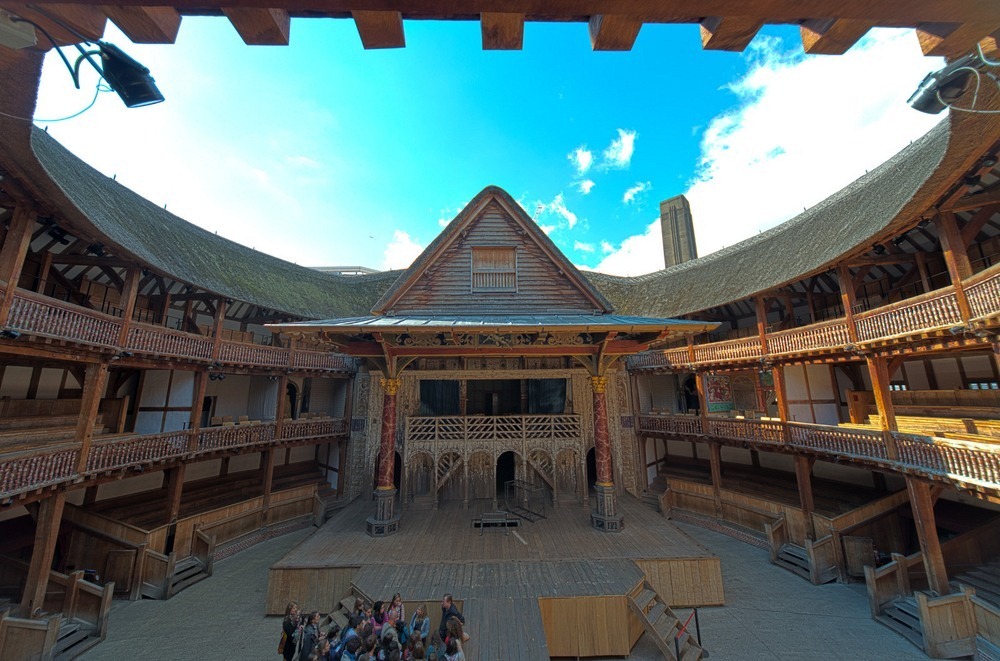 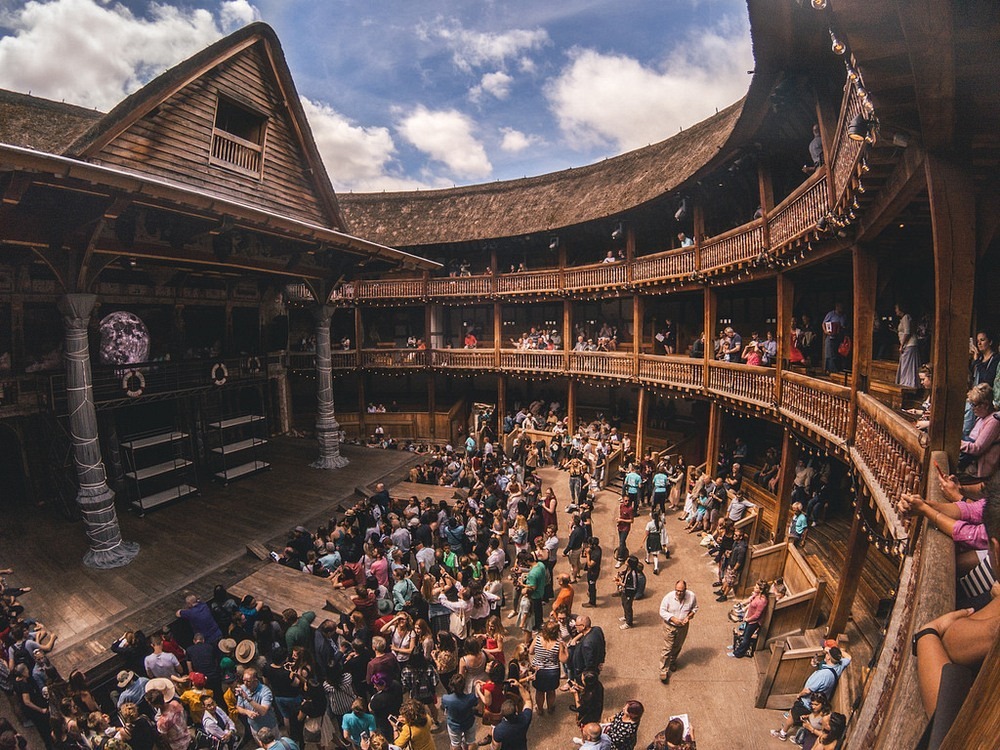 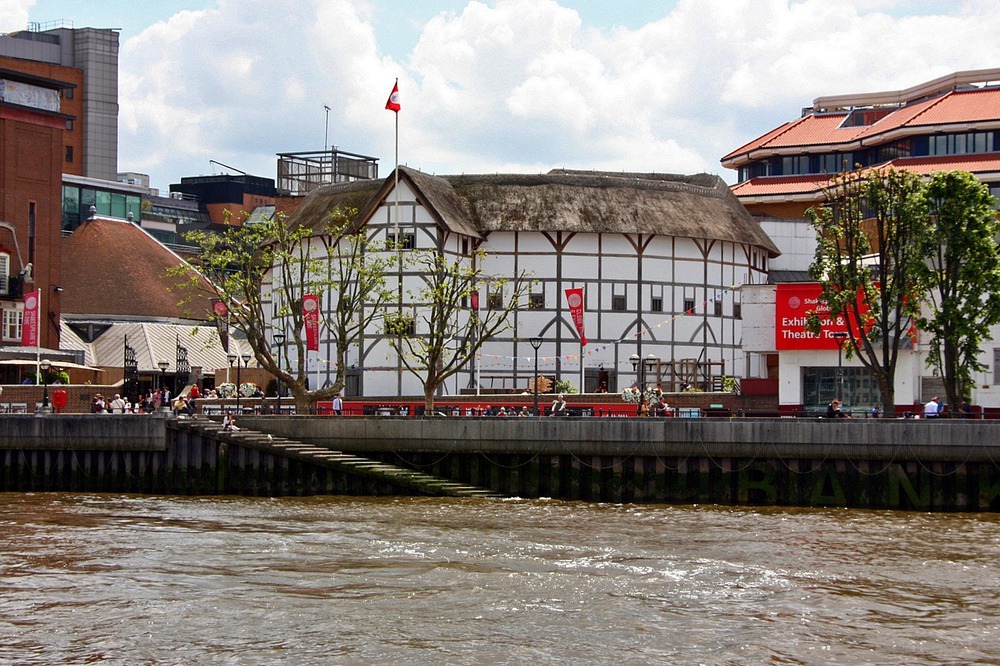 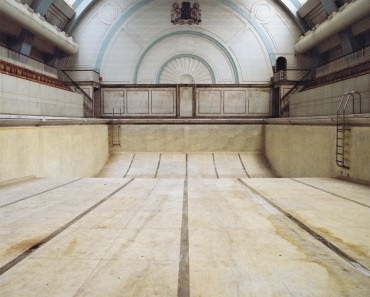 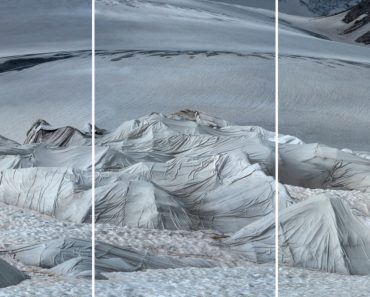 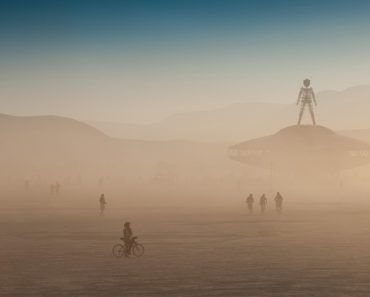