Home
Geek Universe
A Device for People with Epilepsy: a Seizure Forecaster | 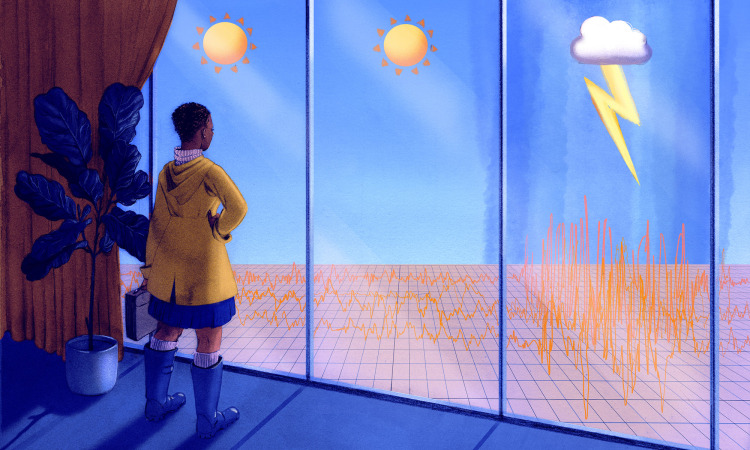 Australian researcher Mark Cook is testing an experimental tool that could take the fear out of epilepsy — both for patients and for the rest of the world.

Imagine never knowing when and where you might black out. Maybe it could happen when you’re on the stairs or a busy street, or while traveling, working out, bathing. For people with epilepsy, this terrifying hypothetical scenario is their daily concern. But what if they could receive a “seizure forecast” — a real-time prediction that would let them prepare for a seizure like one preps for bad weather? Neurologist Mark Cook (TEDxUWollongong Talk: Advances in epilepsy treatment), director of the neurology department at St. Vincent’s Hospital in Melbourne and a researcher at the University of Melbourne, is working on a device to do just this. If people with epilepsy knew when seizures might happen, they could prepare by going somewhere safe, alerting a friend or family member, or taking an emergency-only medication to help stop a seizure in progress.

About 50 million people worldwide have epilepsy — that’s more than the population of Spain. At its core, epilepsy is an “electrical problem” in the brain, says Cook. The human brain constantly sends out electrical signals, and in people with the disorder, their brains every so often emit extra bursts of electricity, causing a sort of electrical storm and manifesting in seizures. There are many different kinds of seizures: while some people lose consciousness and convulse, others may blink or twitch, experience difficulty speaking, or simply zone out. Thirty to forty percent of people with epilepsy have an intractable form of the disease that doesn’t respond to medication — and it means they could have a seizure at any time, often without warning. But even people with controlled epilepsy can have breakthrough seizures, seizures that spontaneously occur despite their symptoms being controlled by medicine most of the time.

The unpredictability of seizures has devastating consequences. People with epilepsy are 15 to 19 times more likely to drown while swimming or bathing than the rest of the population. They’re also more likely to struggle with anxiety and depression, due to side effects of medication, the aftereffects of seizures and the strain of dealing with the condition.

No entirely effective alternative treatments exist for people with intractable epilepsy. An electrical implant in the chest — sometimes called a “pacemaker for the brain” — has shown the potential to reduce seizure frequency by up to 20 to 50 percent. In some research, a special diet has been shown to reduce seizure frequency by 50 percent or more in half of the patients that adopt it. There is no guarantee that any of these interventions will completely stop a person’s seizures, or even reduce the number of seizures they experience.

In 2010, Cook and a team of researchers hypothesized that the constant recording of brain activity might hold the key to predicting a seizure. Some patients report feeling odd in the hours or days before a seizure, and studies have shown the brains of people with epilepsy is in “a hyperexcitable state” beforehand. It’s common practice for patients with epilepsy to undergo brain monitoring — usually a scalp electroencephalogram (EEG), in which electrodes are placed on the patient’s head to record electrical activity in the brain. These sessions are usually 20 to 40 minutes long, but Cook’s team wondered: what if a patient could receive 24/7 brain monitoring? That way, the activity that their brain goes through before, during and after a seizure could be recorded and analyzed. Researchers could look for patterns and outliers, and the data could be used to create a seizure prediction algorithm.

In 2011, Cook and his team began testing a first-of-its kind system, an implanted device that constantly monitored a person’s brain activity. The 15 study participants were adults with intractable epilepsy who were experiencing between 2 and 12 seizures per month. To get the most accurate data, EEG electrodes were surgically placed under their scalp on the surface of their brain. (Data from on-scalp EEGs can be compromised from eating potato chips, playing sports, talking on the phone, and countless other activities.) These electrodes were connected to a recording device placed under the person’s clavicle. That recorder sent brain-activity data to the prediction system, a pager-like unit that had three lights: blue (low seizure risk), white (moderate) and red (high).

After participants were fitted with the hardware, they went into data-taking mode, going about their lives to record a sufficient amount of brain activity. The team needed at least one month’s worth of data from each person — including at least five seizures with a minimum of eight hours of non-seizure activity between them — to create an algorithm. Participants also kept written diaries of seizure activity. Then, when they felt a seizure coming, they switched on the device’s audio recording function, so researchers could confirm it was a seizure based on the sounds made by a patient or bystanders. Whenever the device detected a seizure on its own, it automatically began recording audio to confirm the EEG results. The researchers used the participants’ diaries, the audio recordings, their EEG data, and a library of EEG data of seizures from medical centers for comparison, in order to train the algorithm. Eleven of the fifteen patients moved on to the next phase of the study; one participant had a physical issue with the device, and the others did not have enough verified data for the algorithm.

In the next phase, the prediction system used the algorithms to forecast people’s seizures. Participants either wore the prediction pager on their belts or carried it with them. The researchers were looking for two markers of success: when a red-light alert preceded a seizure by five minutes, and when no seizures occurred for five minutes after a blue-light alert. The results were promising. “Two participants had seizures exclusively after red-light alerts,” Cook says, “and only two seizures occurred in any of the patients in blue light. Both were due to unusual circumstances — missed medications and a surgical procedure for an unrelated condition.” Interestingly, he adds, “the blue light was very accurate and useful, more so than the red-light alert from many of the patients’ perspectives.”

For Cook’s team, the ideal device would accomplish two important tasks: predict seizures and log how many seizures people actually had. Why the latter? Counting seizures without the use of EEG is complicated. “People are often unaware of when they’ve had seizures,” Cook explains, “and yet we base all our therapy on their reports, even though we know they can be dreadfully inaccurate.” For example, a patient with epilepsy may not realize they had a seizure if it was very brief, or it occurred while they were sleeping or while no one else was around. An EEG device offers the ability to comprehensively count a person’s seizures. During the first study, Cook says one participant reported always feeling drowsy and “off” in the morning; she thought it was a medication side effect. But the device revealed she was having 10 to 20 seizures each night without even knowing it.

After experimenting with their first seizure-forecasting device, Cook and his team decided to make one that was less invasive. They tossed around the idea of a wrist-worn device, like a fitness tracker, but they worried it would work only for people with convulsive seizures in which they move around. “Other types of seizures consist of people losing contact for a few minutes, which sounds trivial,” he says. “But this can have catastrophic consequences,” like if it happens while someone is driving a car, swimming, or getting on a train. Instead of sitting on the surface of the brain, the electrodes in the team’s new design go just below the scalp, which also gives it the potential to record external data, such as GPS, motion detection, heart rate and temperature. “Ultimately, the device will be linked to your mobile phone, so it can pull in all the information you can capture with a phone, like quality of sleep and timing of sleep,” says Cook. “We know sleep is critical to seizure control.” His end goal? “You’ll be able to open your phone and see what your likelihood of a seizure is over the next few hours.”

Through his research, Cook has learned a great deal about people’s seizure cycles. “Seizure patterns are incredibly individual,” he says. In analyzing EEG data, the team found many things they didn’t expect: “It used to be thought that seizures in women, which sometimes run on a monthly cycle, were related to hormonal changes around their period,” Cook says, “but, in fact, we found the same cycle in men just as often.” Seizure cycles aren’t just monthly: “Some cycles seem to run over a 24-hour period; others run over about a week,” he says. Right now, why the cycles exist or how they work is unknown, “but if we can understand them, we can understand how we can better control epilepsy.”

Next up: testing this new design. “When we can set this up on a phone and put in data about people’s movement and physical activity during the day, we’ll learn all sorts of things that we’d never have expected,” Cook says. Such a large library of data — paired with the power of supercomputing (in 2017, he worked with IBM to use deep-learning techniques to analyze seizure data) — could reveal much about epilepsy that we haven’t had the power to figure out. Does temperature affect seizure frequency? What about the seasons? Air pressure? A person’s bedtime? A certain type of exercise?

Seizures and their cycles are a clock we haven’t yet figured out how to read, Cook hypothesizes. “Once we understand what the rhythm of this clock is, maybe we’ll find out the clock is not only about epilepsy,” he says. “Maybe this clock is about the way our whole brain works, and the seizures are just riding on some phenomenon our brain ordinarily does.”

More than anything, Cook’s drive to build a predictive device is fueled by the belief that it could break down the lingering stigma associated with epilepsy. Even though epilepsy is so common, the disease still scares many people. Patients often tell him how hard it is to talk about the disorder. Cook’s own father had epilepsy, so he’s familiar with the reactions and misconceptions surrounding it. “There’s a lot of ignorance about epilepsy out there,” he says. “People often think it’s psychiatric or contagious.” It leads to a vicious cycle — stigma keeps people silent about their epilepsy, and in the silence, misinformation continues to be spread. “I think if devices like this became widely available, the ordinary person will say, ‘Hey, look, that guy’s got one of those prediction systems,’ and they’ll understand that epilepsy is a kind of electrical problem and something you can manage, like heart disease,” Cook says. “It’s not a mysterious weird, esoteric or bizarre thing that might affect us if we get too close to it.” With more research into epilepsy, the disorder will be better understood, treated and discussed. “My dream with all of this is not only to change individuals,” he adds, “but to change the whole system and the way people think about epilepsy.” 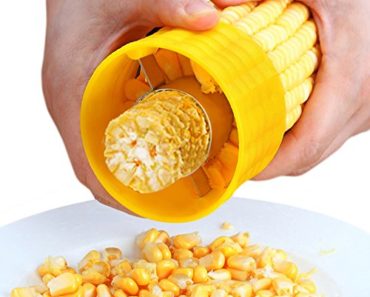 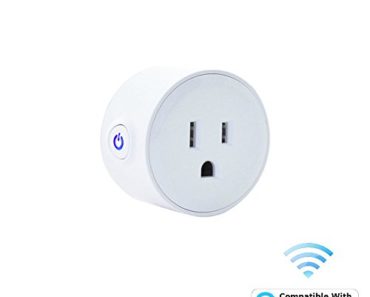