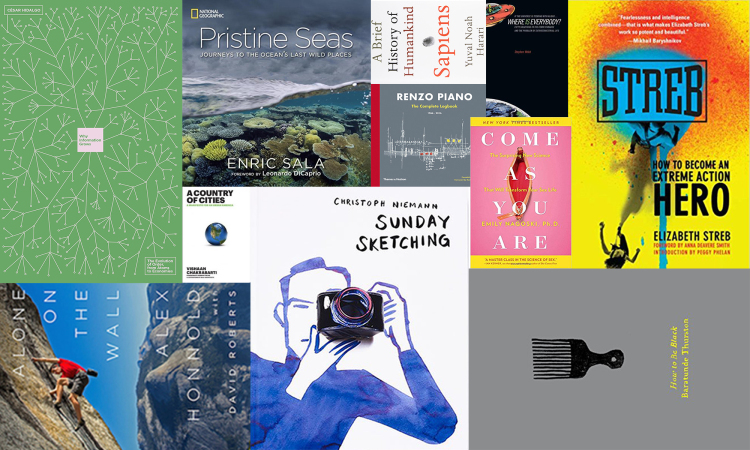 The theme of TED2018 is The Age of Amazement, and these speakers’ books are bursting with wonders of every kind: intellectual, scientific, urban, technological, economic, historical, aquatic, even extraterrestrial.

TED2018, our biggest conference of the year, takes place April 10 through 14 in Vancouver. The talks from the conference will be released on TED.com over the next year — but you can get a jumpstart on them and their ideas now with this reading list (in alphabetical order, by author’s last name) showcasing books from some of our speakers.

A Country of Cities: A Manifesto for an Urban America by Vishaan Chakrabarti

Could well-designed cities hold the key to solving environmental degradation, economic stagnation and other of America’s major challenges? Architect Vishaan Chakrabarti thinks so. In this book, he details the fascinating history behind cities, suburbs and exurbs (well-to-do commuter towns beyond the suburbs) and explains out how our urban areas can make us happier, healthier and more prosperous.

Sapiens: A Brief History of Humankind by Yuval Noah Harari

Once one of six different species of humans, Homo sapiens now rules the world. How did we do it? In this singular history, historian Yuval Noah Harari explores how our unique capacity to believe in things that exist only in our imagination — like money, gods, states and human rights — enabled us to thrive. (Read an excerpt about the impending useless class from Harari’s other book, Homo Deus.)

Why Information Grows: The Evolution of Order, from Atoms to Economies by Cesar Hidalgo

To truly make sense of economic growth, physicist César Hidalgo argues that we must look beyond the social sciences and incorporate the natural sciences of information, networks and complexity. Why do some economies succeed while others fail? According to Hidalgo, the key lies in the growth of information.

Alone on the Wall by Alex Honnold with David Roberts

Alex Honnold is a professional rock climber known for completing gravity-defying feats — like his history-making, 3,000-foot ascent of Yosemite National Park’s El Capitan in 2017 without the aid of ropes, harnesses or other protective equipment. In this memoir, he reflects on seven astounding accomplishments and shares his lessons on living fearlessly, taking risks and maintaining focus despite danger.

Dawn of the New Everything: Encounters with Reality and Virtual Reality by Jaron Lanier

Virtual reality has the potential to change not only how we engage with entertainment but also how we understand human nature, contends scientist, inventor and musician Jaron Lanier. With a quirky blend of technology, memoir, philosophy and advice, he makes the case for how virtual reality could make all our lives richer and more fulfilling.

Doing Good Better: How Effective Altruism Can Help You Help Others, Do Work that Matters, and Make Smarter Choices about Giving Back by Will MacAskill

Most of us are trying to make a difference the wrong way, says philosopher Will MacAskill. Too often, our decisions are based on emotions and assumptions, rather than facts, which can lead to our good intentions being ineffective or even harmful. To combat the tendency, MacAskill and his colleagues have developed a model for effective altruism: a data-driven approach to doing good.

The Wizard and the Prophet: Two Remarkable Scientists and Their Dueling Visions to Shape Tomorrow’s World by Charles C. Mann

Norman Borlaug and William Vogt: while theirs might not be household names, their ideas have profoundly shaped how we think about the environment. These 20th-century scientists held opposing ideas on how to face the problems of a booming population and a planet with finite resources. Vogt believed in cutting back; Borlaug believed in innovation. Writer Charles C. Mann uses their two viewpoints to assess four of today’s most pressing challenges: climate change, energy, water and food.

Come as You Are: The Surprising New Science that Will Transform Your Sex Life by Emily Nagoski

Having a fulfilling sex life may depend not on what you do or how you do it — but how you feel about it, says sex educator Emily Nagoski. Factors like stress, body image, mood and trust are central to women’s sexual wellbeing, and, according to Nagoski, we can learn to take control of them.

In this whimsical, perceptive look at the artistic life, the illustrator behind the New York Times’ “Abstract Sunday” column combines his original images with insights into his career and his process. And, in a boon to logjammed doers everywhere, he explains how he overcomes the struggles that all creative people inevitably face.

The New York Times building in New York City, the Centre Georges Pompidou in Paris, the Parco della Musica in Rome and the Shard in London: these structures all came from the visionary mind of architect Renzo Piano. Full of photographs, drawings and sketches, this book shares Piano’s reflections — both technical and anecdotal — on his groundbreaking projects.

Enlightenment Now: The Case for Reason, Science, Humanism and Progress by Steven Pinker

Conversation-provoking psychologist Steven Pinker continues his analysis of the state of the planet. Supported by 75 graphs and charts, he shows how life, health, environment, prosperity, safety, peace, knowledge and happiness are on the increase worldwide. It’s all the result of the Enlightenment, according to Pinker, who believes we need to continue to protect science, reason and humanism at all costs.

Doughnut Economics: 7 Ways to Think Like a 21st-Century Economist by Kate Raworth

Economics is at the root of so much of our decision-making, but the concepts that we widely believe — like that economic growth will solve all our problems — are out of date or just plain wrong, says Raworth. She busts common myths and explains what governments and people need to do so that the economy can help humans thrive, even when it doesn’t grow.

Immerse yourself in the wonders of the world’s waters on this photographic journey led by National Geographic Explorer-in-Residence Enric Sala. He takes readers to some of the last untouched places — from Coco Island, Costa Rica, to Franz Josef Land, Russia — in the oceans, areas that brim with life and beauty that we must preserve.

Streb: How to Become an Extreme Action Hero by Elizabeth Streb

Since childhood, choreographer Elizabeth Streb has been using her own physique to try and understand the true nature of movement. Along with her dance troupe STREB, she pushes the limits of what bodies can do. In a mix of analysis and memoir, she explains how she developed her own unique style.

Life 3.0: Being Human in the Age of Artificial Intelligence by Max Tegmark

Is AI terrifying — or teeming with promise? That may be the most important question of our age, but answering it entails navigating a thicket of varying viewpoints and hot-button issues. Physicist Max Tegmark guides readers through the realities, promises and perils of our machine-driven future.

How to Be Black by Baratunde Thurston

In this memoir/manifesto, comedian Baratunde Thurston launches a satirical attack on how black culture is portrayed in much of the mass media. With essays including “How to Speak for All Black People” and “How’s That Post-Racial Thing Working Out for Ya?”, he aims to leave readers amused and outraged with his deft exploration of race in the US.

If the Universe Is Teeming with Aliens … WHERE IS EVERYBODY?: Seventy-Five Solutions to the Fermi Paradox and the Problem of Extraterrestrial Life by Stephen Webb

In 1950, scientist Enrico Fermi famously posed a question — now known as Fermi’s Paradox — that continues to loom over humanity’s search for extraterrestrial life: if advanced alien civilizations do exist, where is everybody? Writer and physicist Stephen Webb explores the 75 most compelling explanations. 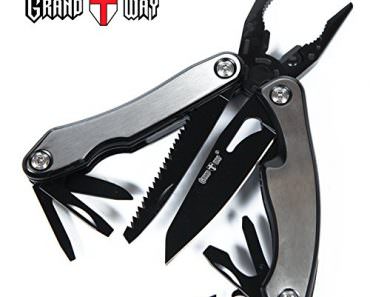 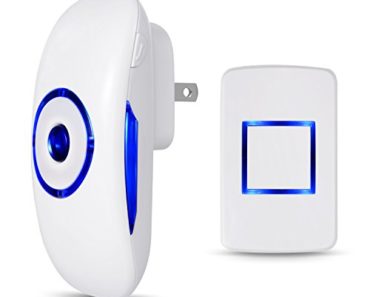 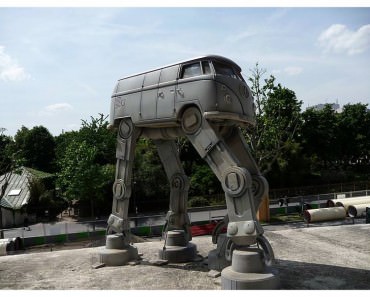