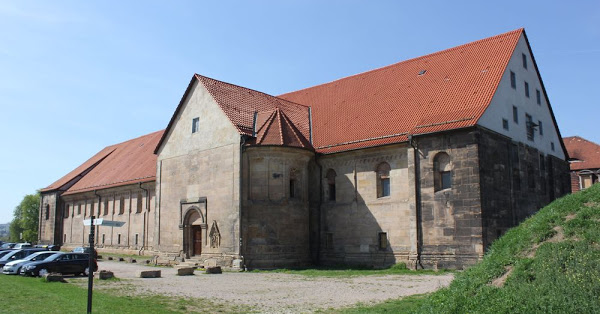 Deaths are always unfortunate and even more so if they occur as a result of an accident. But sometimes there are incidents that have particularly humiliating characteristics and probably among the worst recorded in history is the incident that occurred in Erfurt in the middle of the Middle Ages, when dozens of members of the court of Henry VI perished when the floor of the building where they were standing collapsed. Many lost their lives from the fall but others drowned in excrement as they fell into a septic tank. 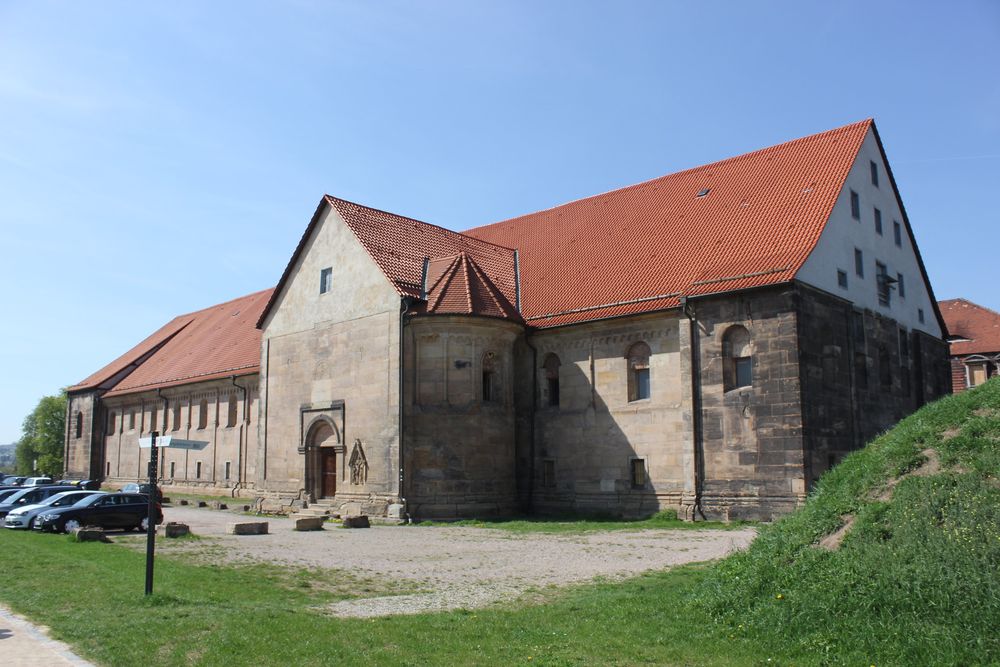 Henry of Hohenstaufen was born in Nijmegen in 1165. He was the son of Frederick I Barbarossa, holder of the Holy Roman Empire, which is why he was appointed King of Romans when he was hardly four years old and started accompanying his father in his campaigns, first in 1176 against the Lombard League, and later in the repression of Henry the Lion’s rebellion, all this in the context of fights between Guelphs and Ghibellines. Such precociousness gave him a wide military experience that would come in handy when Frederick I Barbarossa joined the Third Crusade, leaving him in charge of the imperial government.

This initiation into political and wartime issues was made compatible with a careful education that made him learn Latin and law; as one of his tutors was the minnesänger (troubadour) Friedrich von Hausen, he also composed poems. In 1186 he married Princess Constance of Sicily in Milan, who was a decade older than he was but a good match for her as the posthumous daughter of Roger II, the Norman monarch of Sicily, and therefore his heir, since Roger’s successor, William II the Good, had no descendants. Henry would end up taking over from his father as emperor in 1191.

But all this occurred after the tragic accident mentioned above, which occurred on July 26, 1184, during another of those campaigns he was leading; specifically against Poland, although what led him to settle with the court in Erfurt, in the duchy of Thuringia, was to try to mediate in the dispute between his cousin, the landgrave (duke) Ludwig III and the archbishop of Mainz, Conrad of Wittelsbach, after the fall from grace of the duke Henry the Lion. The latter had supported the Guelph cause but later could not come to the aid of Barbarossa before the Lombards and both became enemies; after defeating him, the Emperor banished him. 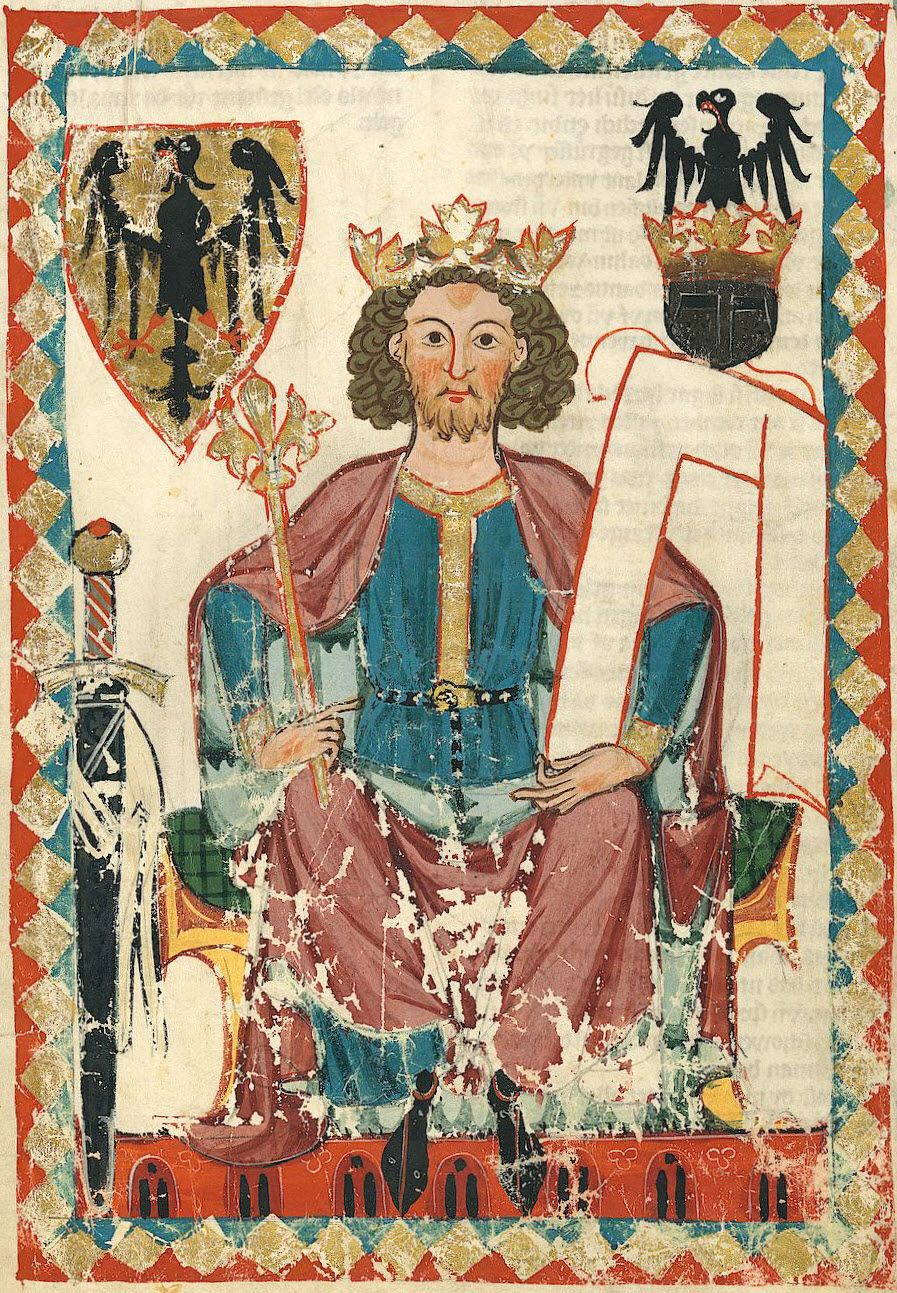 This altered the stability in a region atomized into a multitude of small domains that often clashed in rivalry with each other or with the different candidates running for the imperial throne. In this case, Thuringia and Mainz clashed when the archbishop of Mainz began the construction of a castle on a hill in Heiligenburg in 1180, a site very close to the Thuringia border. The project was due to the fear of an invasion by Ludwig III but he considered it a provocation and, at the same time, a threat. This was the case when Henry arrived in Erfurt (the same city where in 1507 he would be ordained Luther) to solve the conflict; there the Lion had been condemned years before.

The Diet, called by him, took place on the upper floor of the rectory of the Peterskirche, the church of St. Peter’s monastery, the oldest building in the Petersberg Citadel, the seed of the present cathedral and the seat of a Benedictine monastic community. His entourage and the representatives of both sides of the dispute met and were invited to discuss the matter. It is difficult to know exactly how many people there were, but there were many more than a hundred, since the dispute had branched out to involve other gentlemen who were taking sides on one side or the other. There were so many that the beams on the floor, probably rotten, did not resist the weight and everything fell apart. 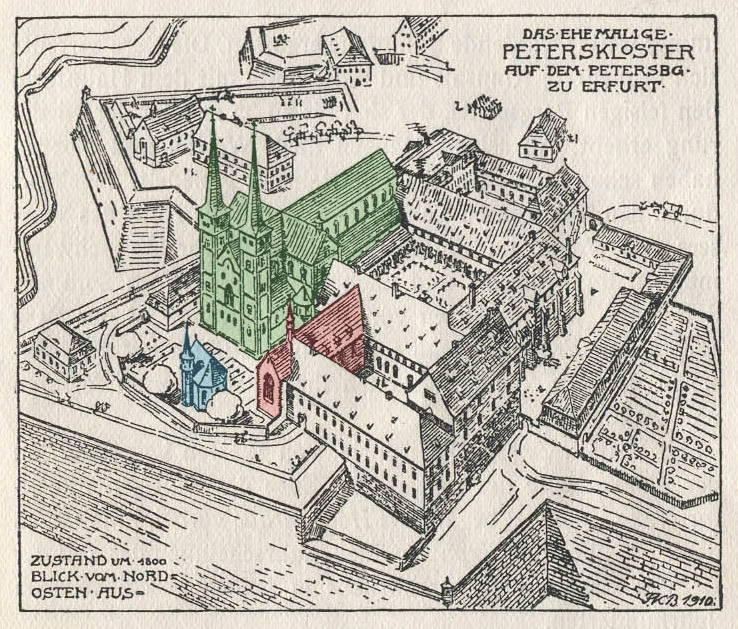 Petersberg Citadel, as it was in the early 19th century. St Peter’s Church is marked in green.

The weight was such that when people, wood and stones arrived at the second floor, they also sank it and continued falling to the subsoil of the building, where the latrines were and underneath a large septic tank that received the waste from the latrines and the abortekers (structures that protruded from the façade and were used as dressing rooms and toilets, being equipped with a lower opening through which the feces fell into a small pit that channeled them to the aforementioned pit below). In any case, the latrines also gave way and, by the force of gravity, all ended up submerged in a large fecal pool, in what must have been a vision halfway between the bizarre and the tragic.

Because, according to contemporary sources, there were more than sixty fatalities, some from the blows they received from the debris falling on them but many drowned in the tons of excrement accumulated over the years (they were not often emptied but rather filled). Among those who lost their lives in such a dishonorable manner were Gozmar III, Count of Ziegenhain; Beringer I von Meldigen; Graf Friedrich of Abinberc; Graf Heinrich von Scwarzburg; Burgrave Friedrich von Kirchberg; and Burgrave Burchard von der Wartburg (Graf was the equivalent of Count and Burgrave, a noble title less than Graf but greater than Baron, used to designate the lord of a castle or city). 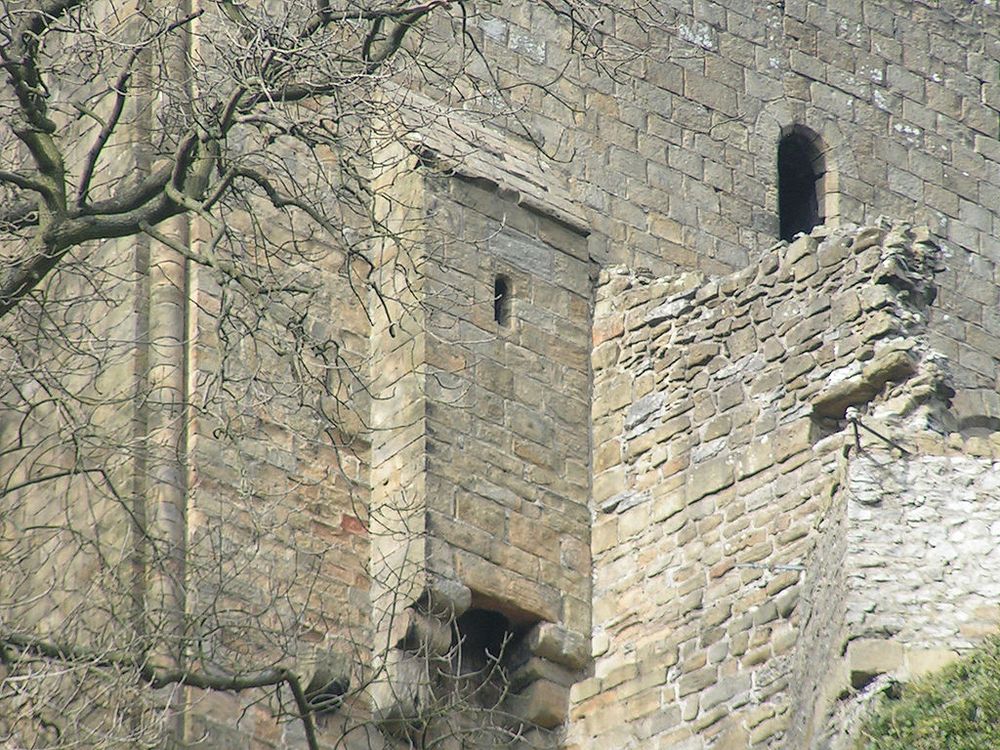 Others were luckier, being only injured or even leaving with minor contusions. This was the case of Louis III, who, although he fell into the cesspool, was able to get out and overcome the imaginable infections he might have suffered from his wounds and scrapes. His opponent, Archbishop Conrad, also survived, sitting on a window sill and holding on to the stained glass frame until he was rescued. Henry VI himself was saved for the same reason, remaining there until they were able to lower him down a ladder. By the way, he left the city immediately.

But the Chronicle of Saint Peter of Erfurt eluded entering scatological details and dispatched the accident with more elegance than really there was; it does not say how the king survived and euphemistically describes the destiny of the less fortunate:

The king Henry was passing through Erfurt on his way to Poland and found there Conrad of Mainz who was having a violent dispute with Ludwig of Thuringia. While he was sitting trying to make peace among them, surrounded by many in a high room, the building suddenly collapsed and many fell in the lower well, some of them laboriously saved, while others suffocated in the mud.

This opens the imagination to an interesting possibility: that at the moment of the collapse the king was sitting precisely on a brick latrine, which would have saved him from falling with the others by being on the outer wall. Ironically, his physiological need would thus have determined the border between living and dying, just as the members of the community accumulated over time killed some of their subjects.

This article was originally published in La Brújula Verde. It has been translated from Spanish and republished with permission. 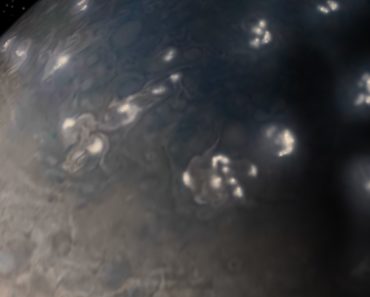 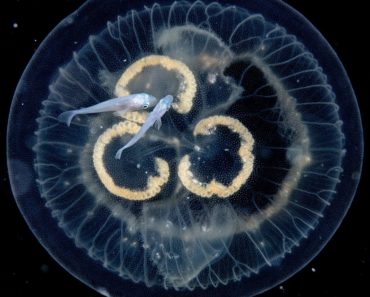 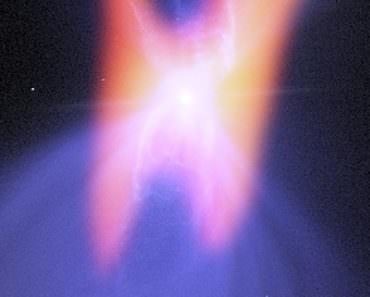