The Wallabi Group of islands in the Abrolhos archipelago, off the west coast of Australia, contains two distinct sets of islands. The eastern islands are made up of broken corals reefs and are barren with no fresh water. It was here on Beacon Island, where the survivors of the infamous shipwreck of the Batavia were marooned. The other set of the Wallabi Group—the western islands—are larger and are made up of large coral platforms. These islands host rich flora and fauna, such as the tammar wallaby, a small kangaroo-type animal, as well as fresh water. These mammals played an important role in the horrific story of the Batavia shipwreck—they helped keep the Dutch soldiers alive, enabling them to crush one of the bloodiest mutinies in history. Replica of the 17th century Batavia in Lelystad, The Netherlands. Photo: Photodigitaal.nl/Shutterstock.com

On the night of June 4, 1629, the Dutch East India Company ship Batavia, with a crew of 332, ran aground on a coral reef near the Wallabi Group of islands and broke up. Forty people drowned, but the rest managed to swim to the nearby Beacon Island. Among the survivors was Jeronimus Cornelisz, an insidious character who had been plotting a munity ever since he got on board. Cornelisz was a bankrupt pharmacist who planned to hijack the ship and sail away to an unknown destination and start a new life using the huge supply of gold and silver on board. But before he could act, the Batavia was wrecked.

Unfortunately for the survivors, Beacon Island, where they set up camp, had no fresh water, and with provisions running low, the ship’s commander Pelsaert and Captain Ariaen Jacobsz took about forty other people and left the the island on another boat in search of fresh water. After an unsuccessful search for water on the mainland, the party headed north in a danger-fraught voyage to the city of Batavia, now Jakarta, to obtain help. The journey took 33 days, and extraordinarily, all aboard survived.

On arrival, Pelsaert promptly organized a rescue party and set sail once more for Batavia’s stranded survivors. With extraordinary bad luck, the search party took two months to arrive at the islands, only to discover that a bloody massacre had taken place among the survivors, reducing their numbers by more than one hundred. After Pelsaert had left the islands for Batavia, Jeronimus Cornelisz, having failed to raise the mutiny on board the ship, once again gathered some of the men and asserted himself over them. Cornelisz’s devilish plan was to seize any relief ship that might return and take off with it, along with the riches of the wrecked Batavia. To carry out his plans, Cornelisz had to eliminate all possible opponents and anybody that was a burden on their limited resources.

Among the survivors were a group of soldiers headed by Wiebbe Hayes, an ordinary soldier, but his leadership and courage earned him the respect and trust of his comrades. Hayes and the other soldiers constructed shelters and set up small pieces of sail to collect rainwater. Hayes also organized a systematic search for water on the island.

Cornelisz saw in Hayes a potential trouble and he decided to dispose him. Under the false pretense of searching for fresh water, Cornelisz sent Hayes and his soldiers to two large nearby islands, now known as West and East Wallabi Islands, after convincing them to leave their arms behind. Cornelisz assumed the men would not find water, and that they would either die of thirst or return unarmed and unsuspecting to Beacon Island, whereupon they could be easily subdued.

With his opponents out of the way, Cornelisz and his men began a reign of terror, systematically murdering and terrorizing anybody who wasn’t part of the conspiracy. Some of the women were kept alive and repeatedly raped. The tammar wallaby, which lives only on the Wallabi islands, provided sustenance to the stranded soldiers. Photo: Jordan Comley/Shutterstock.com

Unknown to Cornelisz, Wiebbe Hayes actually did find water as well as food, the tammar wallaby, and survived. When the soldiers learnt of the barbarity taking place on Cornelisz’s island from survivors fleeing the massacre, they devised makeshift weapons using planks from the Batavia’s wreckage and 16-inch long carpenter’s nails driven through them. They also built a small fort out of limestone and coral blocks, and stockpiled heavy rocks and sharp stones within this enclosure that they could hurl at the attackers should they attempt to storm the fort.

This fort, which was little more than four defensive walls enclosing a rectangular space, still stands on West Wallabi Island, about one hundred meters from the sea. It is Australia’s oldest known European structures, predating James Cook’s expedition to Australia by more than a century and a half.

Cornelisz’s gang made three attempts to take the island, but the soldiers, now much better fed than the mutineers, easily repelled their attacks and eventually took Cornelisz hostage. At this point, Pelsaert’s rescue ship arrived. Wiebbe Hayes raced to the ship to warn the rescuers about the mutineers, and explained what had happened. Pelsaert captured Cornelisz and the remaining mutineers and held an impromptu trial on the island itself. The worst offenders were executed, while Cornelisz and several others had their hands chopped off before being hanged. The remaining mutineers were taken to Batavia for trial. Five were hanged, one was broken on the wheel, the most severe punishment available at the time, and several others were flogged.

The wreckage of Batavia was found and salvaged in the 1970s. Some of these items, including human remains, are now on display in the Western Australian Museum in Fremantle, Australia. A large part of the wreckage still remains at the original site and is now a premier dive site on the West Australian coast. The fort as in 2001. Photo: Rupert Gerritsen/Wikimedia Commons 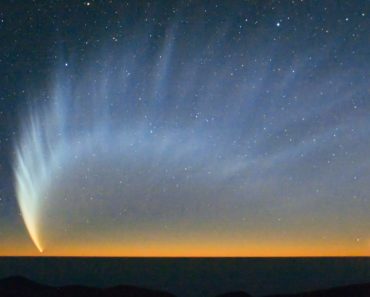 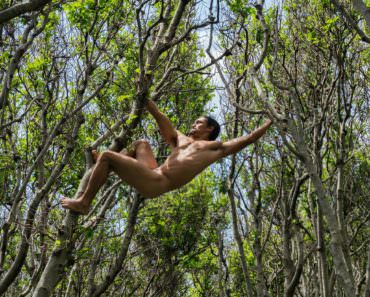