Home
Geek Universe
Sorrow and Tragedy Will Happen to All; 3 Strategies to Help You Cope | 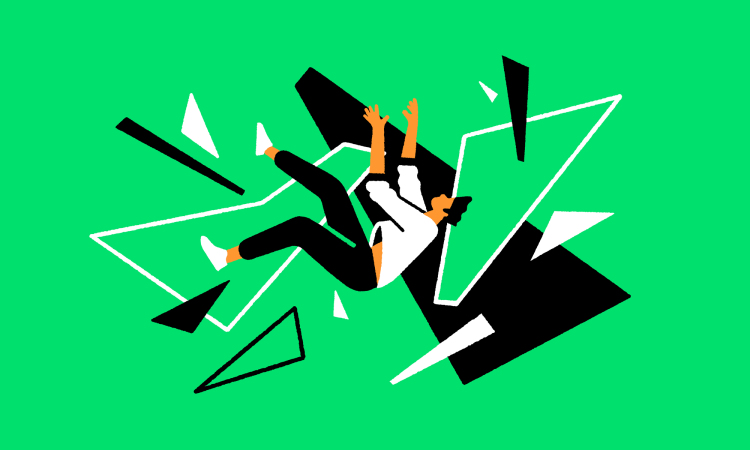 Tough times are inevitable. Wellbeing and resilience expert Lucy Hone shares the three straightforward tactics that she used to get through her darkest days.

This post is part of TED’s “How to Be a Better Human” series, each of which contains a piece of helpful advice from people in the TED community; browse through all the posts here.

I’d like to start by asking you some questions.

Have you ever lost someone you loved? Had your heart broken? Struggled through an acrimonious divorce or been the victim of infidelity?

Have you ever lived through a natural disaster? Been bullied? Or made redundant from a job?

Ever had a miscarriage or an abortion, or struggled through infertility?

Finally, have you or anyone you loved had to cope with mental illness, dementia, some form of physical impairment, or suicide?

Chances are, you answered “yes” to one or more of these questions, and that’s true for most people. Adversity doesn’t discriminate.

If you are alive, you are going to have to deal with some tough times.

I started studying resilience a decade ago at the University of Pennsylvania in Philadelphia. It was an amazing time to be there, because the professors who trained me had just picked up a contract to train 1.1 million American soldiers to be mentally fit as a complement to their physical fitness. You don’t get a much more skeptical, discerning audience than American drill sergeants returning from Afghanistan. For someone like me whose main quest in life is trying to work out how we take the best of scientific findings out of academia and bring them to people in their everyday lives, it was a pretty inspiring place to be.

I finished my studies there and returned home to Christchurch, New Zealand, to start my doctoral research. I had just begun that study when the Christchurch earthquakes hit, so I put my research on hold and I started working with my community to help them through that terrible post-quake period. I worked with all sorts of organizations — from government departments to building companies and all sorts of community groups — teaching them the ways of thinking and acting that we know can boost resilience. I thought that was my calling, my moment to put all of that research to good use.

Sadly, I was wrong. My own true test came in 2014 on Queen’s Birthday weekend. We and two other families had decided to go down to Lake Ohau. At the last minute my beautiful 12-year-old daughter, Abi, decided to hop in the car with her best friend Ella, also 12, and Ella’s mom, Sally, a dear friend of mine.

On the way down, a car sped through a stop sign, crashed into them, and instantly killed all three of them. In the blink of an eye, I found myself flung to the other side of the equation, waking up with a whole new identity. Instead of being the resilience expert, I became the grieving mother, trying to wrap my head around unthinkable news with my world smashed to smithereens.

Suddenly, I was the one on the receiving end of all the expert advice — and I didn’t like what I heard one little bit. In the days after Abi died, my husband, Trevor, and I were told we were now prime candidates for family estrangement, we were likely to get divorced, and we were at high risk of mental illness. “Wow,” I remember thinking, “Thanks for that.”

Leaflets described the five stages of grief: anger, bargaining, denial, depression, and acceptance. Victim support services arrived at our doorstep and told us we could expect to write off the next five years to grief. I know the leaflets and the resources meant well but in all of that advice, they left us feeling like victims, totally overwhelmed by the journey ahead and powerless to exert any influence over our grieving whatsoever.

I didn’t need to be told how bad things were; I already knew things were truly terrible. What I needed most was hope. I needed a journey through all that anguish, pain and longing. Most of all, I wanted to be an active participant in my grief process.

I decided to turn my back on their advice and instead to conduct something of a self-experiment. I’d done the research, I had the tools, and I wanted to know how useful they were now in the face of such an enormous mountain to climb. But I have to confess: At this point I didn’t really know any of this was going to work. Parental bereavement is, after all, widely acknowledged as the hardest of losses to bear. But, five years on, I can tell you that you can rise up from adversity — that it is utterly possible to make yourself think and act in certain ways that help you navigate tough times.

The following are my go-to strategies that I relied upon and saved me in my darkest days. These three tactics underpin all of my work, and they’re readily available to all of us.

1. Know that suffering is part of life.

This doesn’t mean resilient people go so far as to welcome it in — they are not delusional. However, when the tough times come, they seem to know that suffering is part of every human existence. Knowing this stops you from feeling discriminated against when challenges arrive.

After Abi died, never once did I find myself thinking, “Why me?” In fact, I remember thinking, “Why not me? Terrible things happen to you just like they do everybody else. This is your life now — time to sink or swim.”

The real tragedy is that not enough of us seem to know this any longer. We live in an age where many of us feel entitled to perfect lives. Shiny, happy photos on Instagram are the norm when, as all of us know, the very opposite is true.

As humans, we are good at noticing threats and weaknesses. Being wired in this way is important for us and has served us well from an evolutionary perspective. When we were cavepeople, our ability to ignore a beautiful rainbow and to concentrate on an approaching tiger instead ensured our survival.

The problem is we now live in an era where we are bombarded by different kinds of threats — from unrealistic deadlines and toxic colleagues to mounting bills or just someone stealing a parking lot from us — all day long and our brains treat every single one of those as though they were a tiger. Our stress response is permanently dialed up.

Resilient people have worked out a way of tuning in to the good around them. One day, when doubts were threatening to overwhelm me, I distinctly remember thinking, “You cannot get swallowed up by this — you’ve got so much to live for. Don’t lose what you have to what you have lost.”

In psychology, we call this “benefit-finding.” In my new world, it involved trying to find things to be grateful for. At least, our dear girl hadn’t died from a terrible, long, drawn-out illness. She died suddenly, instantly, sparing us and her that pain. We also had a huge amount of social support from our family and friends to help us through. Most of all, we still had two beautiful boys who needed us and deserved to have as normal a life as we could possibly give them.

When you’re going through a difficult time, you might need a reminder or permission to feel grateful. In our kitchen, we’ve got a neon-pink poster that says “Accept the good.”

In their work with the US Army, psychologists framed it a little bit differently — they phrased it as “hunting the good stuff.” Find the language that best works for you. Whatever you do, make an intentional, deliberate, ongoing effort to tune in to what’s good in your world.

3. Ask yourself: “Is what I’m doing helping me or harming me?”

This immensely powerful question is used a lot in therapy, and it was my go-to question in the days after the girls died. I’d ask it again and again.

For example, I asked myself: “Should I go to the trial and see the driver? Would that help me, or would it harm me?” For me, the answer was a no-brainer; I chose to stay away. However, Trevor eventually decided to meet with the driver at a later time.

Late at night, I’d often find myself sometimes poring over old photos of Abi and getting more and more upset. At a certain point, I’d ask myself: “Is this helping you, or is it harming you?” I realized it was far kinder to myself to put away the photos and go to bed.

This question can be applied to so many different contexts. For example, you might ask yourself: “Is the way I’m thinking and acting helping me or harming me in my bid to get that promotion? To pass that exam? To recover from a heart attack?”

I write a lot about resilience, and this one strategy has prompted more positive feedback than any other. I’ve gotten scores of letters and emails from people saying what a huge impact it’s had on their lives. By asking yourself whether you really need to drink that extra glass of wine, spend another hour on social media, or rehash the same old argument with a family member, you’re putting yourself back in the driver’s seat. It gives you control over your decision making.

Contrary to what many of us think, resilience isn’t a fixed or elusive trait that some people have and some people don’t. In reality, it requires the willingness to try basic strategies like these.

We all have moments in life — when the path we thought we were taking veers off into some terrible direction that we never anticipated and certainly didn’t want. It happened to me, and it was awful beyond imagining.

If you ever find yourself in a situation where you think “There’s no way out I’m coming back from this,” I urge you to lean into these strategies. Know that struggle is part of life, don’t let your attention get fixated exclusively on the negative, and consider if the way you are thinking and acting is helping you or harming you.

I won’t pretend that thinking like this is always easy and it also doesn’t remove all the pain. However, during the last five years, I’ve learned that thinking this way really does help. More than anything, it’s shown me that it is possible to live and grieve at the same time.

This piece was adapted from a TEDxChristchurch Talk. Watch it now: