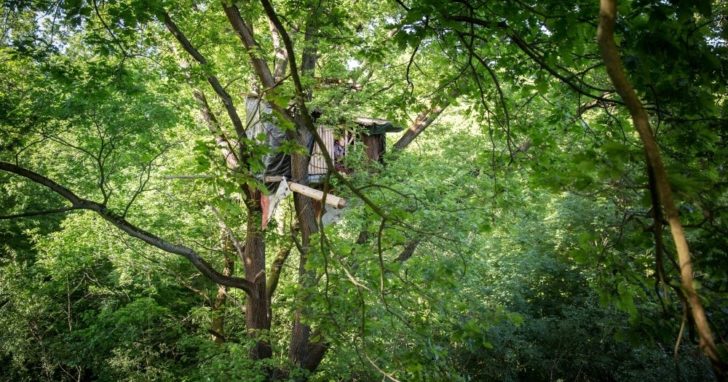 For the past six years, some men and women have been living in a small 250-acre forest on the outskirts of Cologne, near the town of Jülich in North Rhine-Westphalia, in western Germany. They eat, live and sleep on elaborate treetop houses perched 80 feet off the forest floor. They are squatters, but they are not homeless.

These men and women are occupying the forest to protect it from being swallowed by an open-pit mine operating right on the edge of what happens to be the only oak and hornbeam forest in this part of Europe. Since 1978, the German energy company RWE has been stripping away the edge of the forest to expand its operation which is already the largest open-pit lignite mine in Europe. Before the mine opened, the 12,000-year-old Hambach Forest was spread over more than 13,000 acres. Today, only 10 percent of the forest’s original footprint remains. 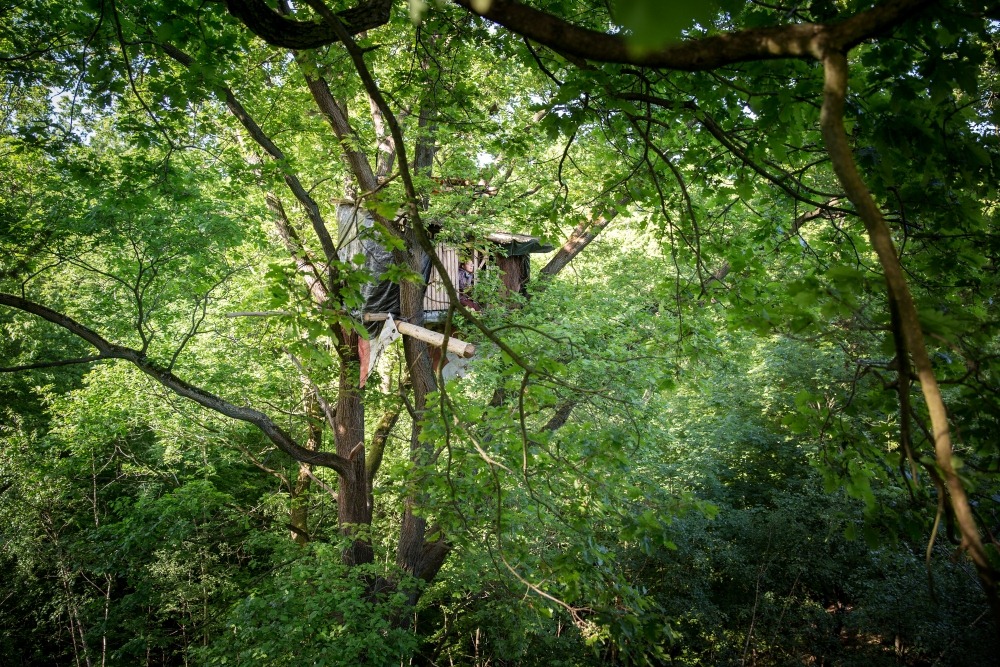 In 2012, a group of activists started living in the forest in houses they built atop trees to prevent the trees from being cut down. The houses were built several feet above the ground to make eviction harder for authorities. The first year, the forest was occupied for only half a year, but since 2014, there has always been people living in the forest.

“It’s very hard to live here,” says activist Anna Priess. There is no running water or electricity, and in the winter it gets very cold. “Summer is better, but you have to get the water here somehow. You have to see where you get electricity from to cook, to charge your mobile phones,” she adds.

Some treehouses are better equipped, such as with solar panels that give enough energy to power on a laptop and charge mobile phones, and have a few lights. Some houses have walls insulated with straw and have ovens for warmth. Food is cooked over gas stoves and rainwater is collected for washing dishes.

There are about 60 treehouses in the Hambach Forest. Some of them are connected with hanging walkways. 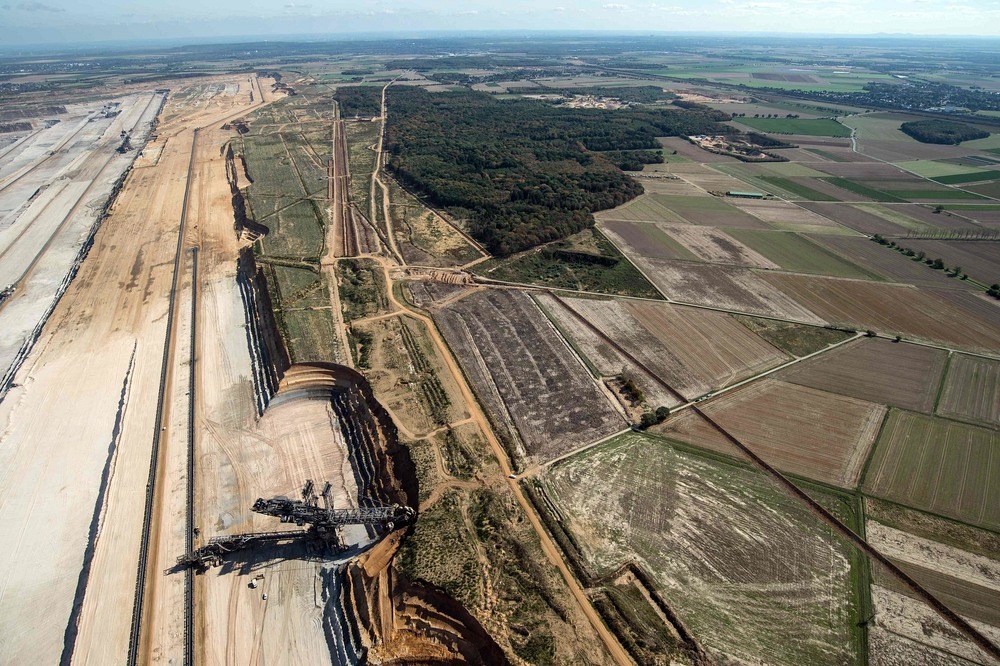 Aerial view of the open-pit mine and the Hambach Forest. Photo credit: Federico Gambarini/DPA

The biggest treehouse, called The Tower, has three stories and is built between three trees. It serves as the living room where the campaigners can meet and talk. It also houses the treehouse village’s communal kitchen.

At the edge of the forest is the “meadow camp” which functions as a base for the tree house occupations. It also has a communal kitchen, a round house for assemblies, sleeping spaces, a library, a museum and a windmill to generate electricity. The meadow camp is located on privately owned grounds, so the police cannot enter it without a judicial permit.

The environmentalist want the mine to be closed and the remaining section of the forest to be saved. The mine extracts lignite, also known as brown coal, which is an extremely dirty form of coal that causes the highest carbon dioxide emission among all coal types. Lignite is primarily used as a fuel in coal-burning power plants, and the mining company RWE insist that if Germany wants to keep the lights on and factories running in North Rhine-Westphalia, the coal has to be extracted. Germany has been phasing out nuclear power plants since the 2000s, and the last is expected to be powered down in 2022. RWE stressed the importance of mining for lignite to “close the gap between the loss of nuclear and sufficient solar and wind power coming online.”

“I’ve known Hambach for decades, before the mine. It was a great forest,” RWE spokesman Guido Steffen told the National Geographic. “It’s a pity it must be logged. We’re not doing this because we have fun logging trees, but out of economic necessity. Germany needs energy.”

After mining ceases in the mid 2020s, RWE says that the pit will be flooded and will become a 35-square-kilometer recreational lake. 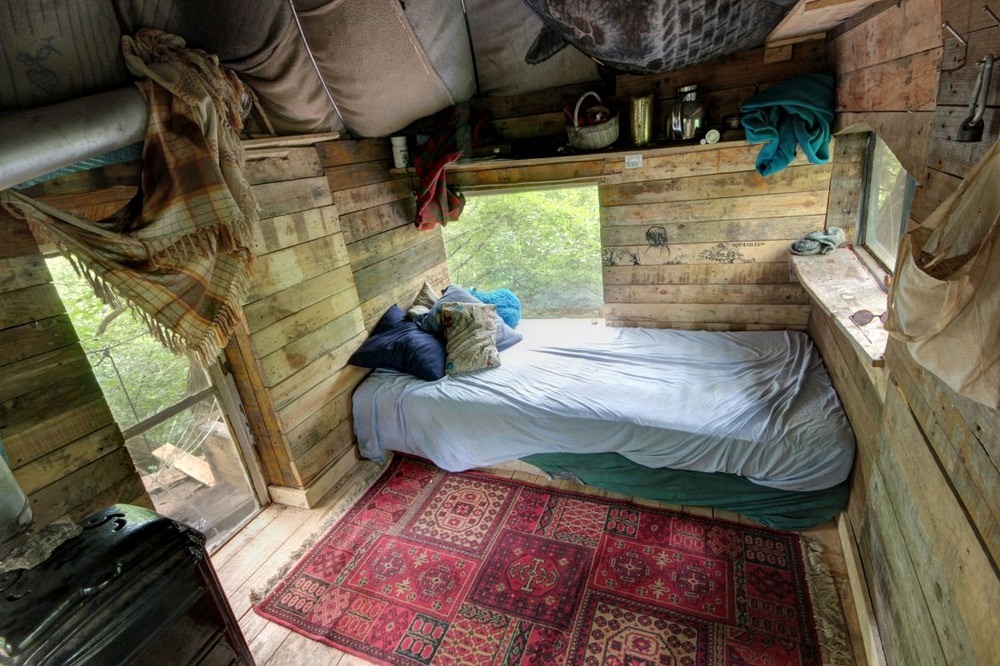 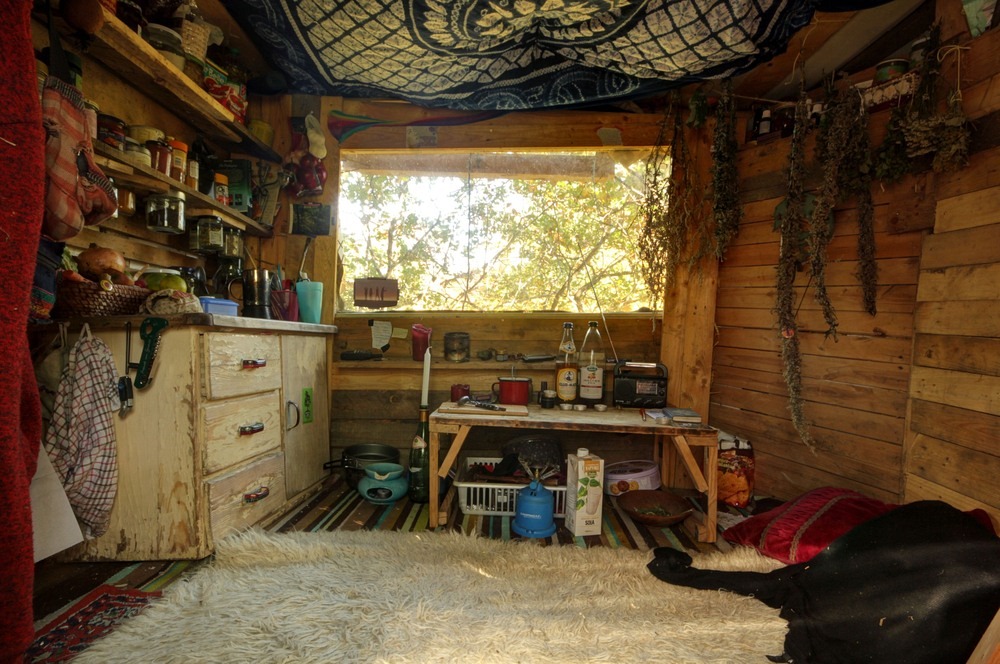 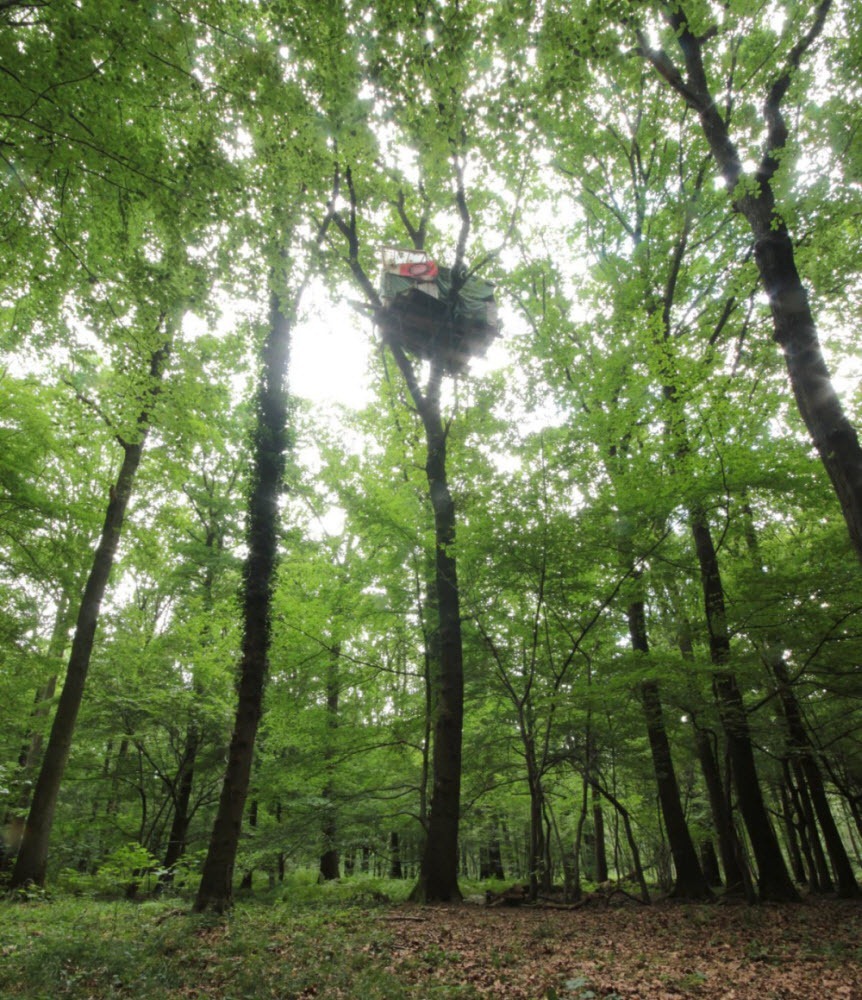 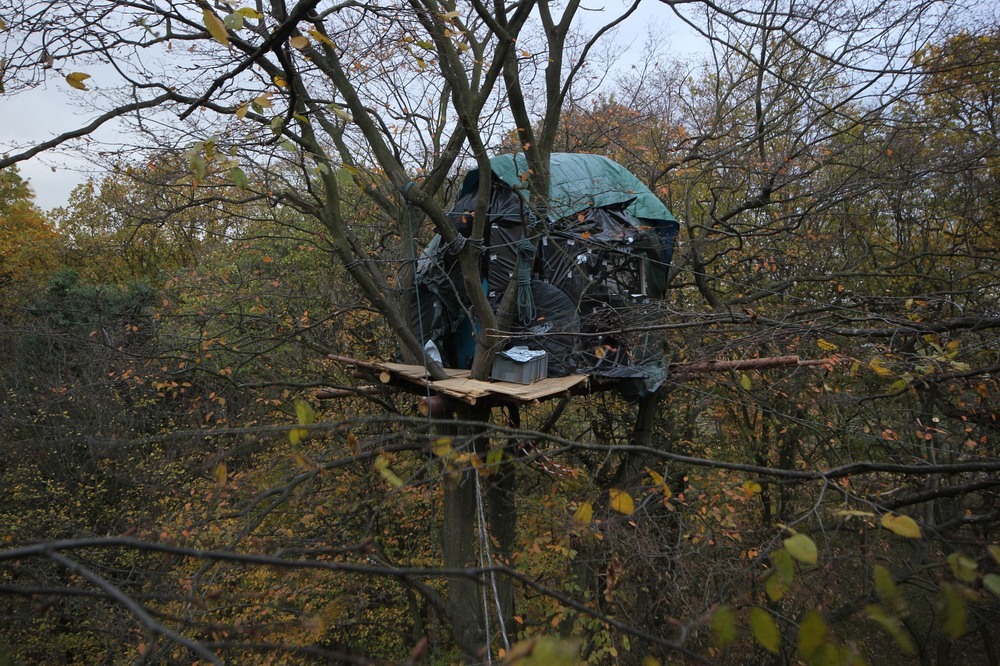 KonTiki from the outside. Photo credit: hambachforest.org 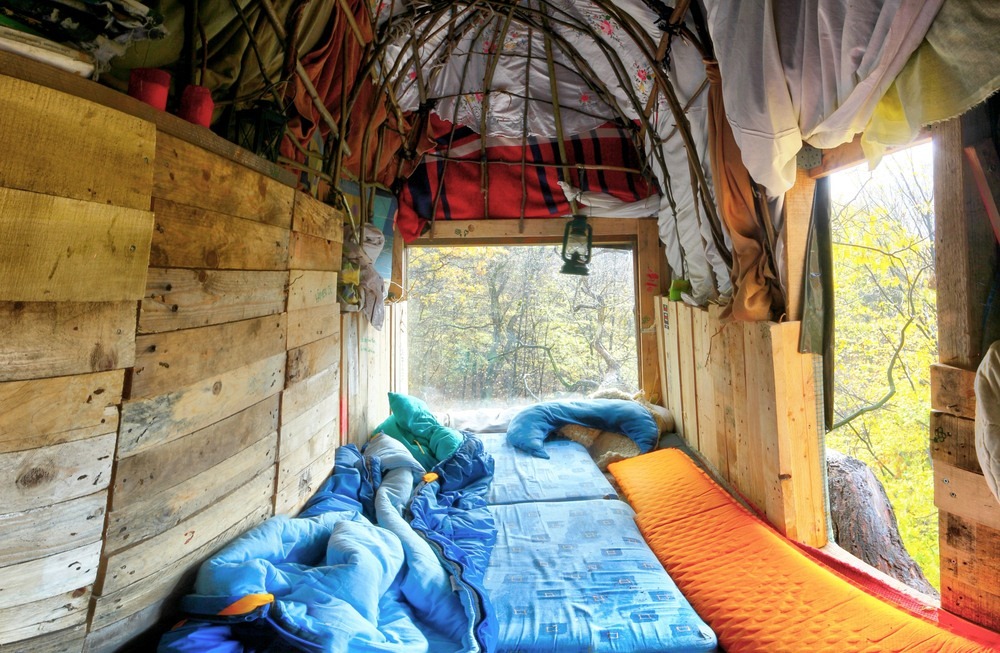 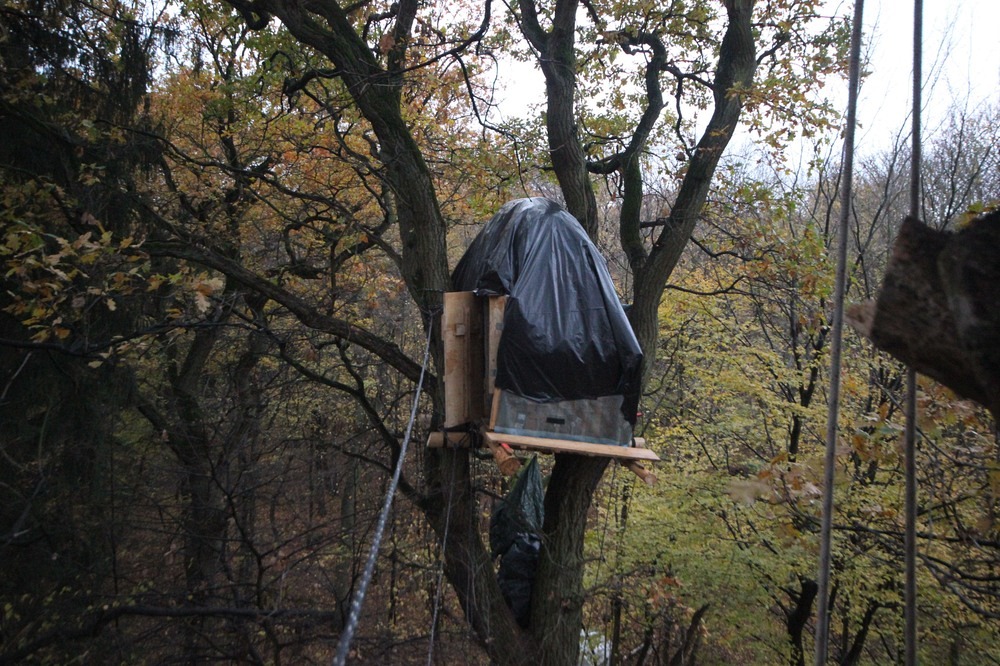 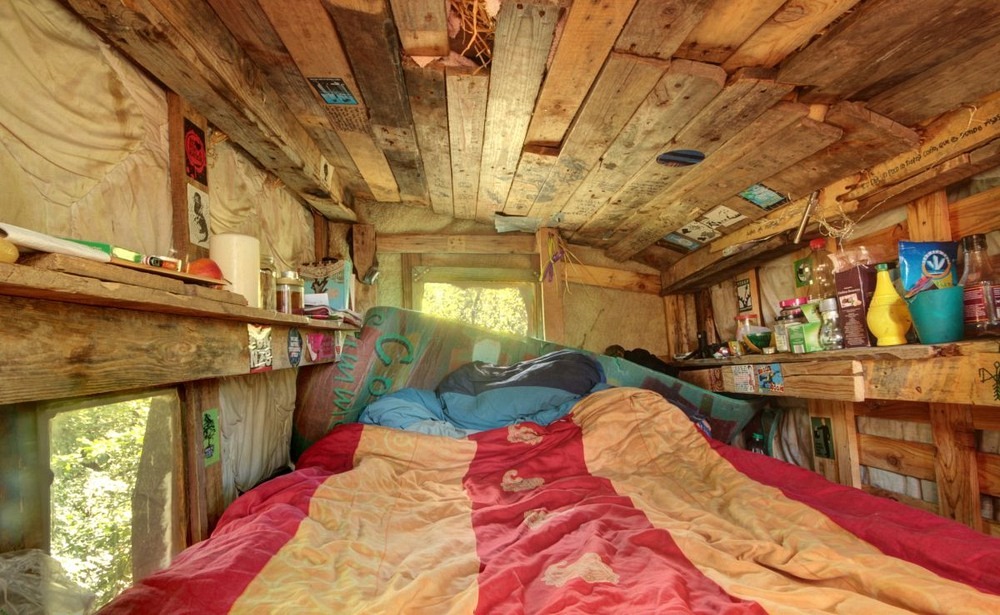 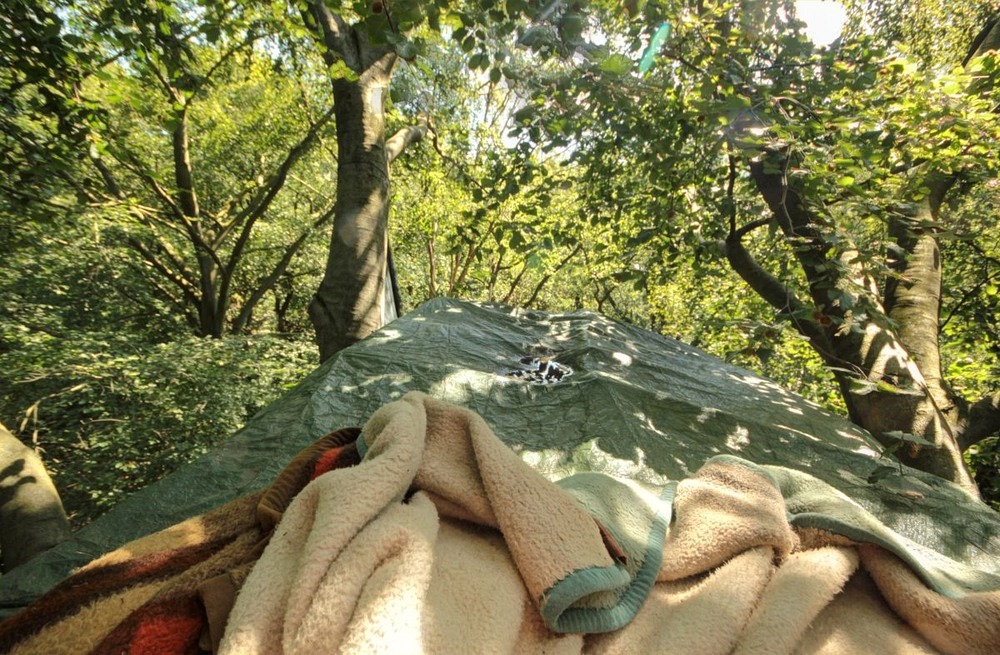 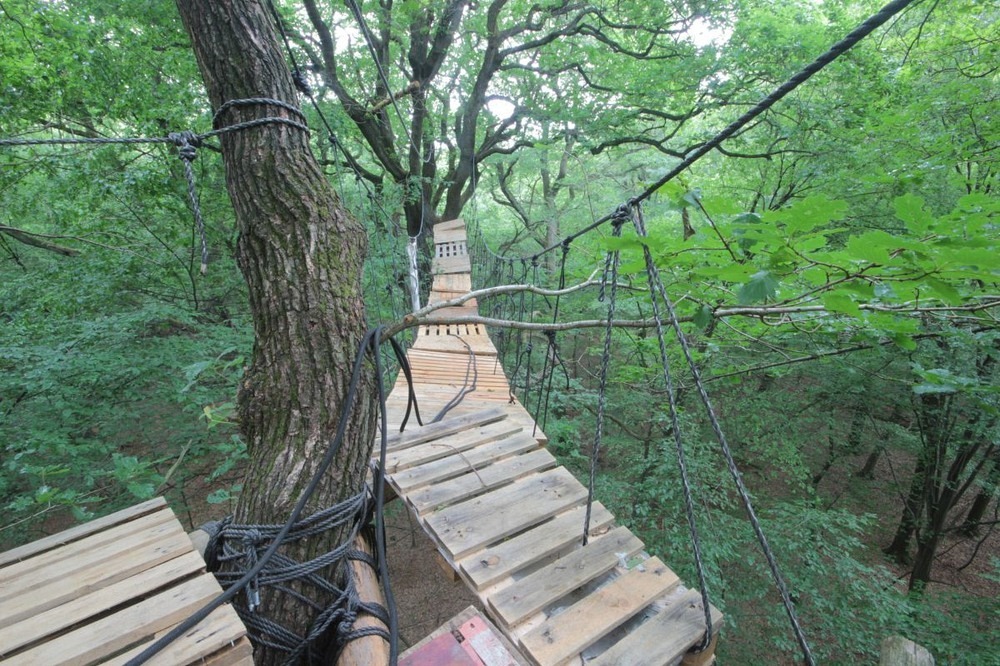 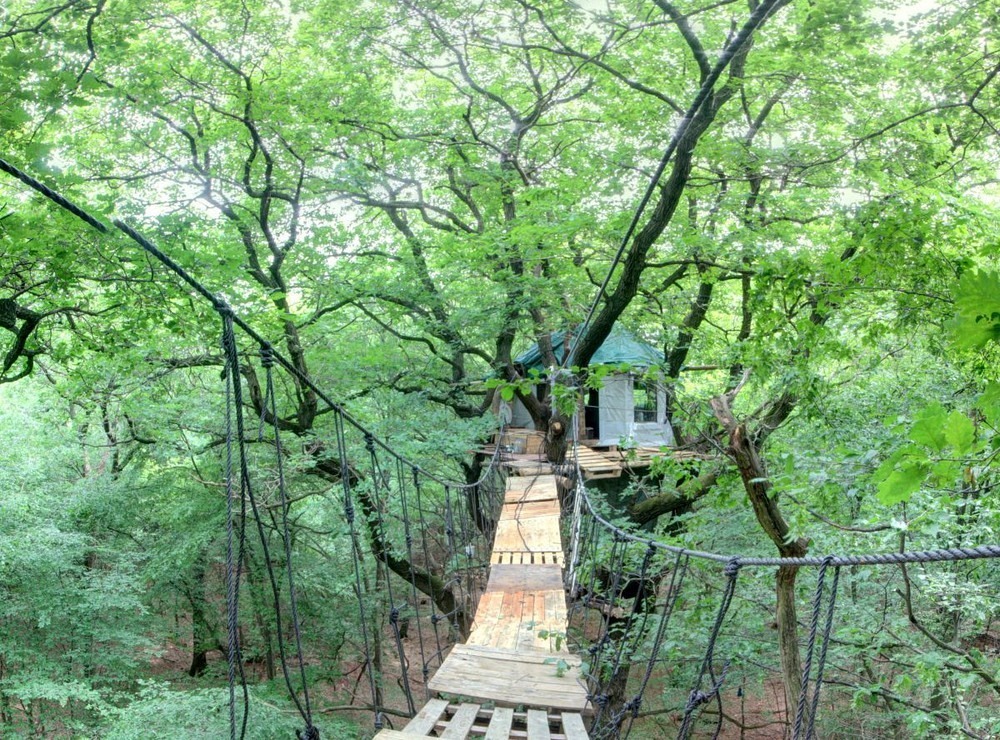 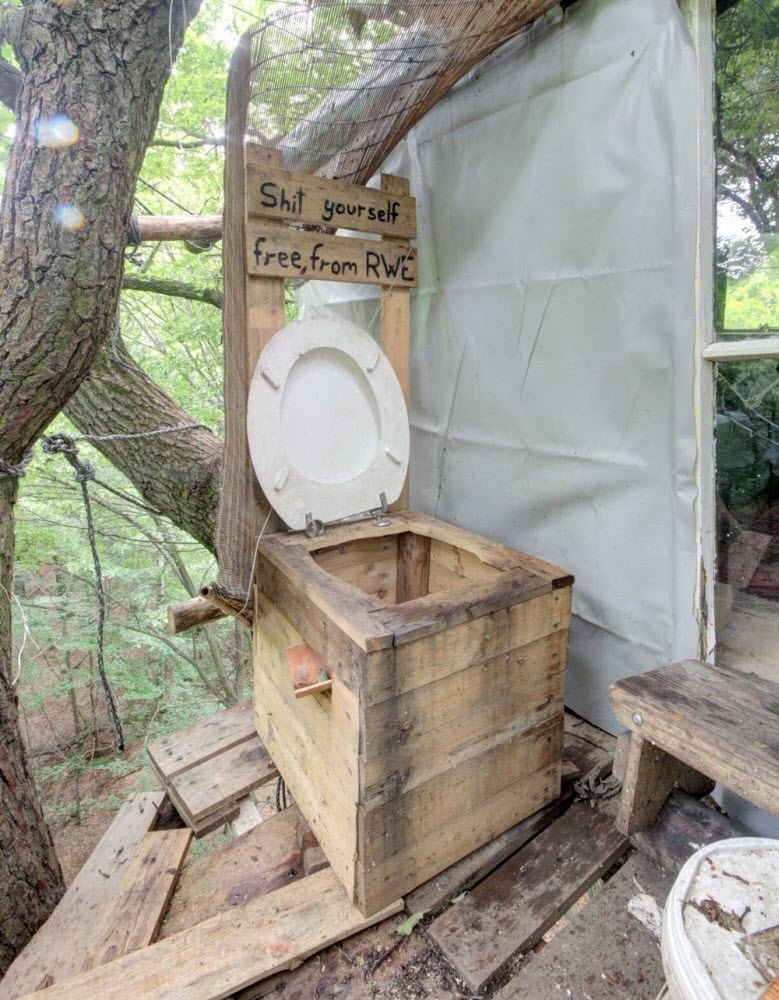 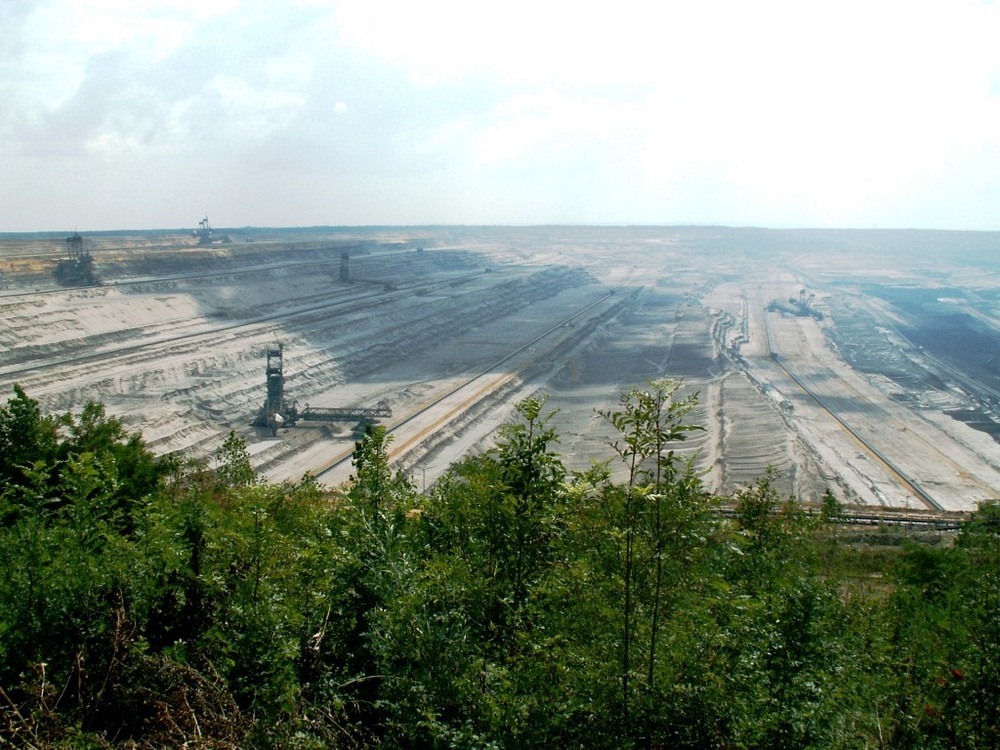 View of the open-pit mine from the edge of the Hambach Forest. Photo credit: Earth First! Journal 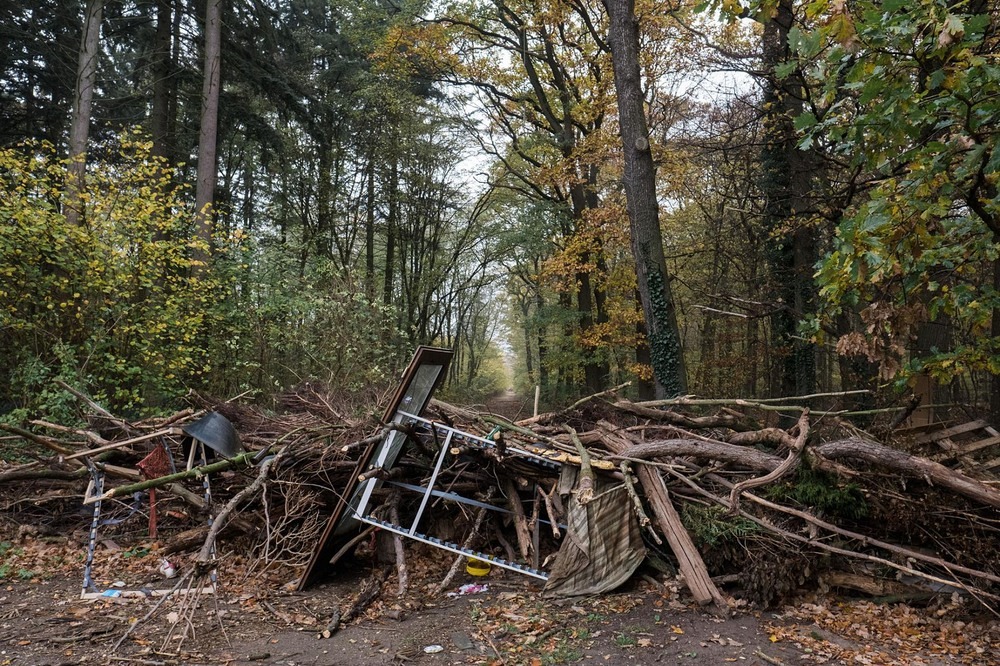 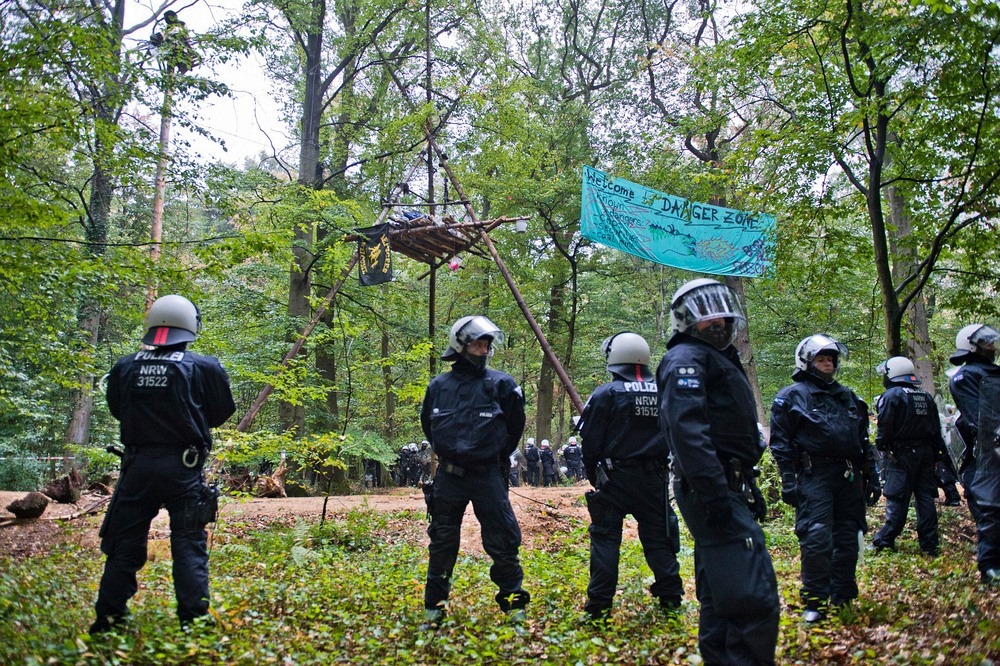 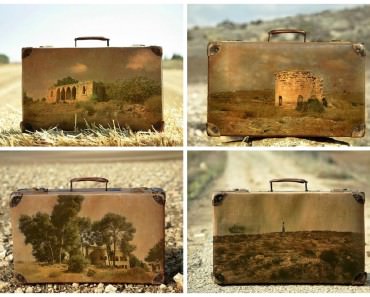 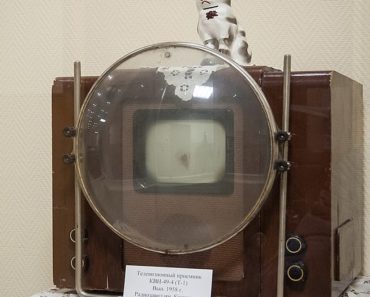 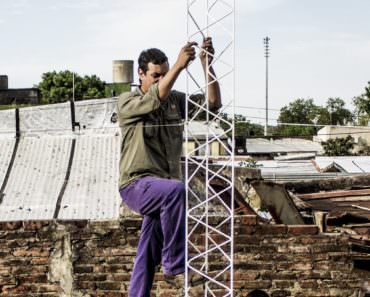