Does it seem like a giant fuzzy astrocat is about to step on your face? Whoever first gazed at this object sure felt that way. This is the Cat’s Paw nebula, captured by NASA’s Spitzer Space Telescope—a large star-forming region in our Milky Way, about 4,800 light years away from Earth. Stars are born as gas and dust collapse within the nebula, pressurizing the material around them and pushing out gas, seen in the red bubbles, into space.

Stellar nurseries aren’t always warm and fuzzy: Right in time for Halloween, here’s the pirate of the cosmos, technically called NGC 2467 but known as the Skull and Crossbones nebula. The European Southern Observatory’s Very Large Telescope captured this spooktacular image in unprecedented detail. The brightest regions are where stars are born, with gas and dust curling upward into a smile on the lower half of the picture. (Can’t quite make out the crossbones? Neither do we, just squint.)

Let’s zoom out and look at the Skull and Crossbones nebula again; now it sports greater resemblance to a face that no one can hear scream. This photo, from the Digitized Sky Survey 2, shows the surrounding area speckled with stars. Active star-forming regions like this are rather large, but from this vantage point appear so lonely.

If you think that this rocket’s flame looks hot, wait till you hear where it’s headed: Mercury. This shot is from the launch, earlier this week, that carried up BepiColombo—the joint European Space Agency and Japanese Aerospace Exploration Agency mission, from the ESA’s space center in French Guiana. It’s an epic voyage to the inner solar system, with Mercury being the least explored planet in our solar system.

This may not be the view of a Martian landscape you’re used to, but we’re looking at a region on Mars called Arcadia Planitia. This photo was taken by the Mars Odyssey orbiter using a special Thermal Emission Imaging System camera. NASA can process the data in the image in false color to highlight hills and impact craters, a common feature in Arcadia Planitia.

See that little red circle? Well, it’s easy to get sucked in. That’s the black hole at the center of our Milky Way galaxy, called Sagittarius A, some 26,000 light years away from Earth. No, you can’t spot anything in there, but look around the circle. It’s a chaos of colorful gas and clouds called molecular cloudlets, which have a mass of about 60 times the size of our Sun. These cloudlets swirl around the black hole at incredible speeds and contain molecular hydrogen (two H atoms that share electrons, crucial to the early development of the universe) and carbon monoxide, among other components. 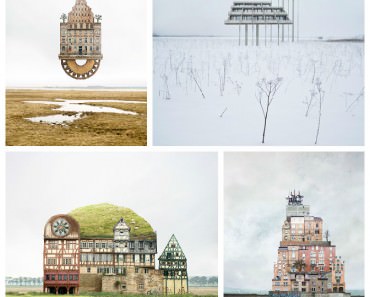 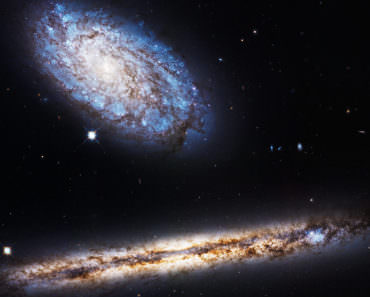 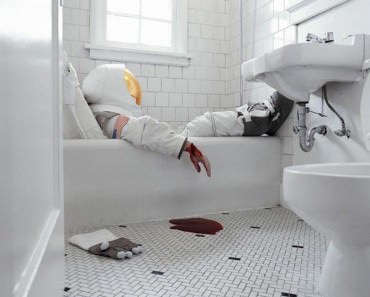