Best Deals of the DayThe best deals from around the web, updated daily.

We see a lot of deals around the web over on Kinja Deals, but these were our ten favorites today.

You can always save big at REI Outlet, it’s basically REI’s clearance page, but now you can take an extra 15% off your entire order with code OUTSEPT18. Some very notable items are included too, like Marmot’s Precip and Minimalist, both of which landed top spots in last week’s co-op for Best Rain Coats, while Smartwool is our reader’s favorite everyday men’s sock maker.

It was hardly a walkover, but SmartWool marched past the competition to take the title of your…

These Are the Six Best Rain Coats, According To You

We received a torrential downpour of recommendations for the best rain coat, but this Co-Op…

Other deals include outerwear, leggings, flannels, camping gear, and more from your brands like Patagonia, the North Face, and Arc’teryx to name a few. You should never need a reason to get outside, but this extra savings will make it that much easier.

Who doesn’t love a good, innocent game of Mario Kart to unwind and disconnect from the tumultuous news cycle? Mario Kart 8 Deluxe for Switch is down to $45 right now at Walmart, so grab the deal before it gets blue shelled.

Now to open Twitter for the first time today!

Amazon’s ultra-affordable Fire tablets are no iPads, but they’re pretty damn good for the price, and that’s especially true today. Prime members can currently grab the 7″ model for $35, or the Fire HD 10 for $110. The 10″ tablet includes a 1920×1200 IPS display and stereo speakers, making it a great portable TV for the price, but you can’t go wrong either way. 1568 bought by readersGMG may get a commission 4161 bought by readersGMG may get a commission

Just note that the base Fire 7 only includes 8GB or storage, and the 10″ has 32GB, but you could expand either of them with a discounted microSD card.

Anker’s ever-expanding family of dash cams just got a new member, and it’s $20 off at launch.

Having conquered the USB charger market, and with impressive inroads in smart home goods and…

The Roav DashCam S1 looks just like the original model that we reviewed on The Inventory, but it shoots 1080/60 instead of 1080/30, giving you twice as many opportunities to get a clear shot of a license plate. An upgraded Sony image sensor improves low light performance, built-in GPS lets you log your trips, and it even comes with a 32GB microSD card and two port car charger in the box, so you’ll have everything you need to get started.

GMG may get a commission

Consider, if you will, the headlamp. I’m willing to bet that you’re picturing an elastic strap with a big lump on the front containing the light and the battery. That is, after all, how most of them are designed. But BioLite has a different idea.

BioLite didn’t exactly have a ton of competition for their wood-burning, device-charging original…

The makers of that incredible camp stove that charges your phone are back with the HeadLamp, a blindingly bright wearable light that puts the battery behind your head, and uses modern LEDs to build a lamp up front that’s thin, comfortable, and extremely bright.

The light itself toggles between modes with the press of a button on the top of the assembly (the button is a little hard to find and press by touch, my one real complaint about the HeadLamp), and you get the option of a wide or focused beam in multiple intensities, a strobe light, and a red lamp for when you don’t want to wake up a tent mate, or mess up your eyes before a stargazing session. And despite the light enclosure’s thin design, you can also swivel the lamp downward at multiple angles to fit your needs.

The battery on the back is connected to the light by a thin cable, most of which runs inside HeadLamp’s extremely comfortable headband. This is a modern, USB-rechargeable gadget—no bulky AAs to be found—and can run for a whopping 40 hours at minimum brightness, or 3.5 at full blast. And trust me, at 330 lumens, it’s bright.

There are no smartphone-connected features, RGB LEDs, or, like, Alexa support here, which is probably a good thing. While HeadLamp takes cues from modern electronics, it’s still just a head lamp at the end of the day, albeit a very nice and thoughtfully designed one. I wore one around at the Outpost trade show earlier this month, and everyone who saw it was jealous.

You can preorder it starting today on Kickstarter for $49, ($13 off MSRP, apparently), and backers will also receive an exclusive light-diffusing carrying case that turns the HeadLamp into a hanging lantern for your tent. BioLite is promising delivery in time for the holidays, and they have a good track record.

For one day only, Amazon’s matching its Black Friday discount on the 4K/HDR/Dolby Atmos-packing Fire TV.

While they last, you can snag the streaming   dongle for $40, a $30 discount, and a match for an all-time low. This is one of the best streaming devices you can buy at any price, so if it’s been on your wish list, don’t miss this deal. 6985 bought by readersGMG may get a commission

Humble’s back with a good, old fashioned PC game bundle, with a nice mix of old classics and recent hits. Pledge just $1 to get the likes of Crazy Taxi and OlliOlli2, or spend a little more to get Marvel’s Guardians of the Galaxy: The Telltale Series, Surgeon Simulator, and a lot more.

Plus, if you’re a Humble Monthly member (and you should be), and get in on the $12 reward tier, you’ll get $2 back in your Humble wallet.

Every PC Gamer Should Be a Humble Monthly Subscriber

If you prefer to game on PC and a large Steam backlog won’t cause you too much anguish, Humble…

The computer in your car is a treasure trove of information about gas mileage, engine performance, maintenance issues, and more, but without an OBD2 scanner, most can only communicate with you through the primitive language of dashboard warning lights.

Luckily, two such scanners from Kobra are on sale right now, and both can sync to your phone and work with third party apps to track and record anything and everything about your car. The Bluetooth model ($8 with code CDJHZKQZ and a 20% on-page coupon) will only work with Android, but the Wi-Fi one ($13 with code 2DR4T5CD and a 20% on-page coupon) supports iOS as well. 6925 bought by readersGMG may get a commission 2897 bought by readersGMG may get a commission

There’s no such thing as having too many desk toys, and Blocks by Speks are some of the best I’ve played with so far.

Blocks are straight or L-shaped plastic blocks with magnets inside. They snap together into a bunch of different shapes, and are rewarding whether you’re trying to build something cohesive, or just idly fiddling with them in one hand while you use your mouse in the other, which is how I usually find myself playing with them.

Our readers can grab a set for $24 today with promo code KINJA20, plus free shipping. If you want to look ahead to the holidays, they’d also make great stocking stuffers. 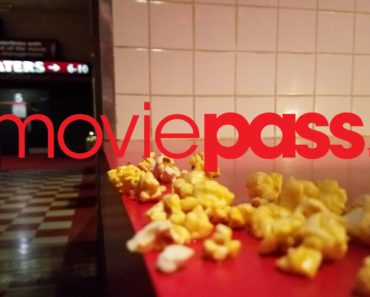