Home
Photography
The Scientists Who Starved to Death Surrounded By Food 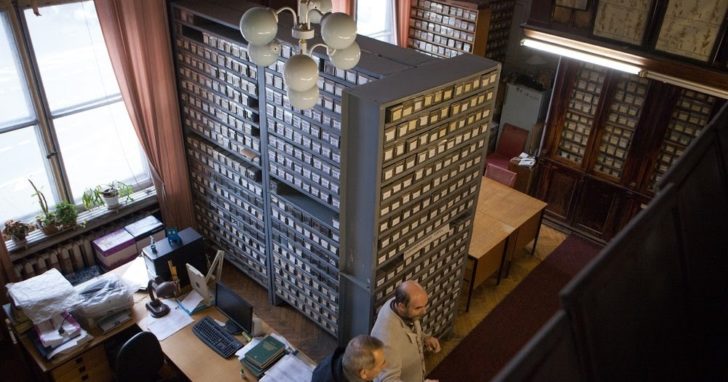 The 900-day Siege of Leningrad during the Second World War was perhaps one of the most gruesome sieges in modern history. Hitler’s diabolic plan was to choke all food supply routes to the city of two million residents and let nature do the dirty work.

“Leningrad must die of starvation”, Hitler declared in a speech at Munich on November 8, 1941.

The following winter, hundreds of thousands starved to death. People tried in vain to stay alive by eating sawdust. Others froze to death in the streets while trying to walk a few kilometers to food distribution kiosks in −30 °C weather. 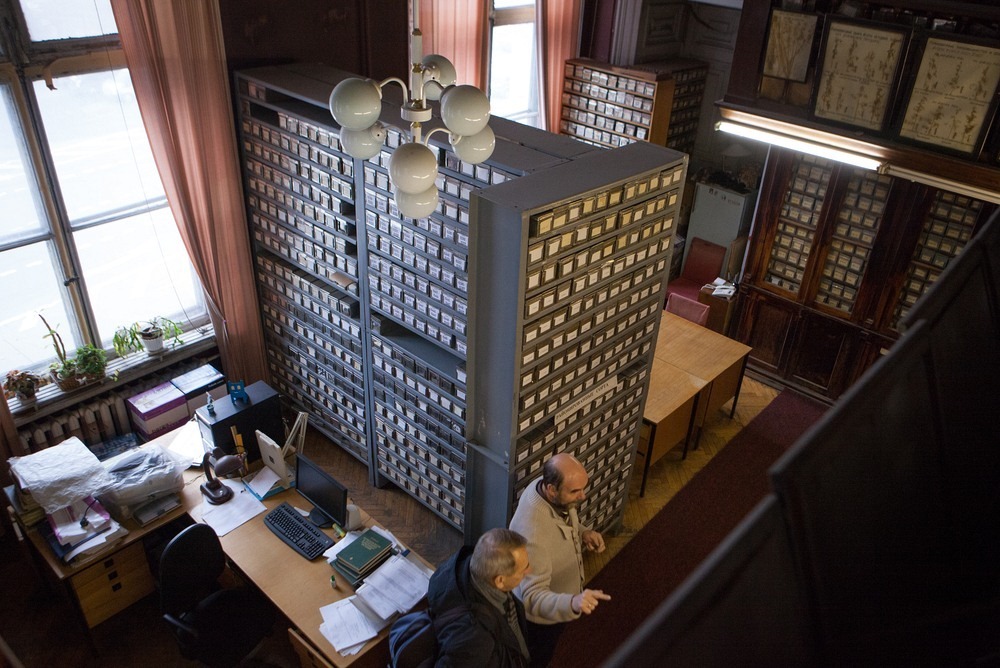 As the invading German army poured into the city looting and destroying anything of value, a group of Russian botanists holed up inside the vault of the Vavilov Institute of Plant Industry with a precious collection of seeds and edible plants. This collection, containing seeds from nearly 200,000 varieties of plants of which about a quarter was edible, constituted one of the world’s largest repositories of the genetic diversity of food crops. Among them were plenty of rice, wheat, corn, beans and potatoes, enough to sustain the botanists and see them through the worst days of the siege.

But the scientists hadn’t barricaded themselves in the vault with food grains to save their lives, but rather to protect these seeds from the Nazis as well as from the starving people plundering through the streets in search for anything to eat.

The collection filled 16 rooms, in which no one was allowed to remain alone. Workers guarded the storage in shifts all round the clock, numb with cold and emaciated from hunger. As the siege dragged out, one by one these heroic men started dying of hunger, but not a single grain was eaten. In January 1942, Alexander Stchukin, a peanut specialist, died at his writing table. Botanist Dmitri Ivanov also died of starvation while surrounded by several thousand packs of rice that he was guarding. By the end of the siege in the Spring of 1944, nine of them had starved to death watching over all that food. Many of the crops that we eat today came from cross-breeding with varieties the scientists saved from destruction. 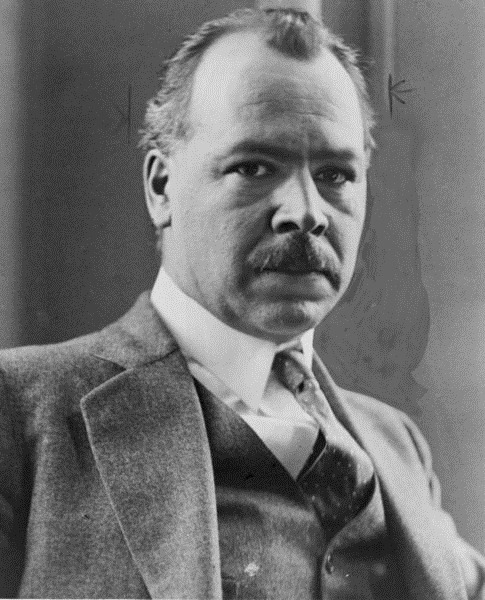 The seed bank that the Soviet scientists died protecting was one of the first of its kind. It was established in 1926 by Russia’s most prominent botanist and geneticist and “the world’s greatest plant explorer”, Nikolai Vavilov, who is said to have collected more seeds, tubers and fruits from around the world than any person in human history.

Nikolai Vavilov was among the first scientists to foresee the disappearance of plant diversity, and recognize the potentially catastrophic impact that was to have on our food production. Having grown up in a poor rural village plagued by recurring crop failures and food rationing, Vavilov was obsessed from an early age with ending famine in both his native Russia and the world.

In the early part of the 20th century, in between the two World Wars, Vavilov travelled far and wide across five continents, visiting 64 countries in total, collecting varieties of plants and food crop specimens. He taught himself 15 languages so that he could speak with native farmers. After nearly a decade of travels and hundreds of trips later, Vavilov founded the Pavlovsk Experimental Station as part of the Institute of Plant Industry situated in Pavlovsk in Leningrad in what is now St. Petersburg. 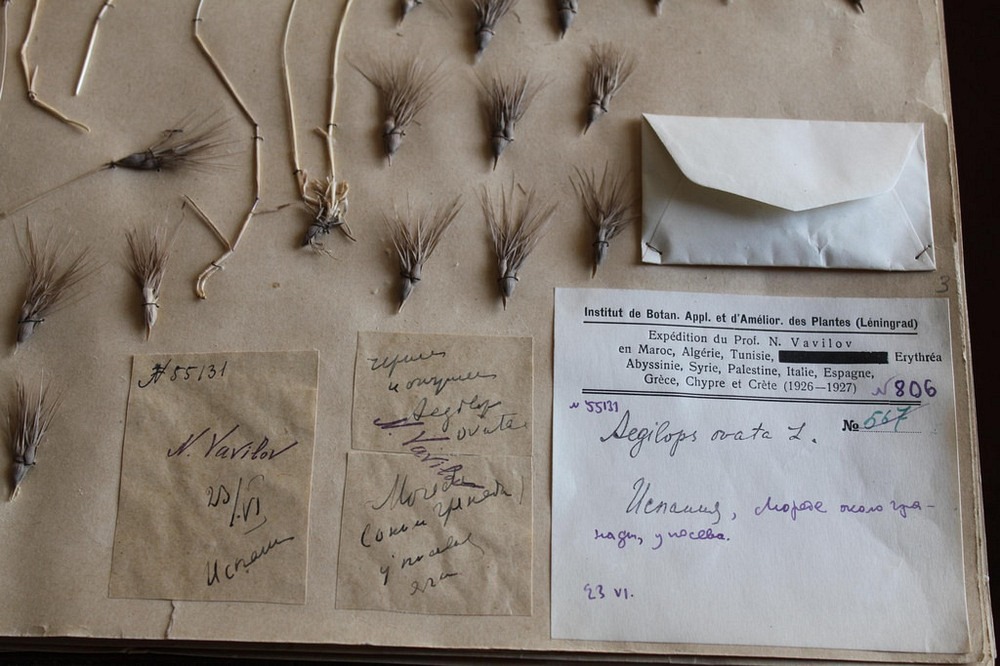 While Vavilov was collecting seeds and building a seed bank to preserve food diversity for future generations, a young and previously unknown agronomist named Trofim Lysenko was being heralded by the Soviet propaganda machine as a genius who developed a new, revolutionary agricultural technique that would save the nation from hunger. In reality, Lysenko’s technique which involves subjecting the crops to intense cold in order to force them to flower in the spring, has been known since the 1850s and is known as vernalization. It’s also known that vernalization yielded only marginally greater food production and not three or four times as claimed by Lysenko. Lysenko also claimed that the vernalized state could be inherited by the offspring.

A political opportunist, Lysenko quickly gained the favor of Joseph Stalin. With the support of the Soviet media, which overstated his successes and suppressed his failures, Lysenko began fabricating experimental data to support his theories and denounced anyone who tried to oppose his methods. From 1934 to 1940, under Lysenko’s admonitions and with Stalin’s approval, over 3,000 biologists and geneticists were imprisoned, fired or executed for attempting to oppose Lysenko. 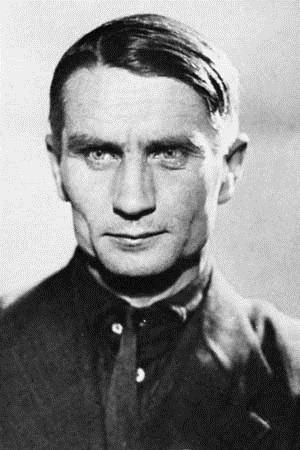 In August 1940, Vavilov was collecting seeds in the borderlands of Russia and Eastern Europe, when a car with KGB agents came up and took him away. He was sentenced to twenty years’ imprisonment in a Soviet gulag. After over a year-and-a-half of eating frozen cabbage and moldy flour, Nikolai Vavilov—the man who taught us about agricultural diversity and plant origins, and who spent fifty years of his life trying to end famine— died of starvation.

“Until Vavilov’s map of the centers of plant diversity, no scientist had physically experienced and intellectually grasped the patterns of biological diversity across the face of the entire earth,” writes Gary Paul Nabhan, author of Where Our Food Comes From: Retracing Nikolay Vavilov’s Quest to End Famine. “Because of his capacity to travel by train, boat, aeroplane, automobile, and mule, Vavilov not only witnessed natural and cultural landscapes which no other scientist had set foot in, but he also absorbed them into a theory of biogeography that remains with us today.”

The Pavlovsk Experimental Station now has over 325,000 samples of seeds, including the world’s largest collection of fruits and berries. These include almost a thousand varieties of strawberries, about 600 types of apples, and more than a hundred varieties each of gooseberries, cherries, plums, red currants, and raspberries. Roughly 90 percent of this collection are found in no other scientific collections in the world. Today, it is just one of 1,400 seed banks around the world today, the most ambitious of which is the Svalbard Global Seed Vault located on the Norwegian island of Spitsbergen just 700 miles from the North Pole. 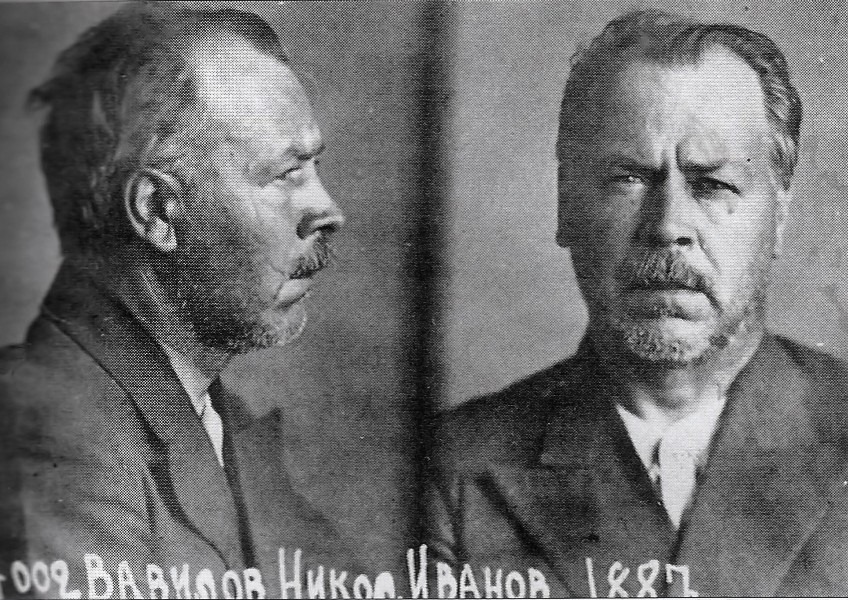 Nikolai Vavilov’s mugshot as a prisoner. Several deep scars on his right cheek indicate the severe beatings sustained by the scientist in prison. 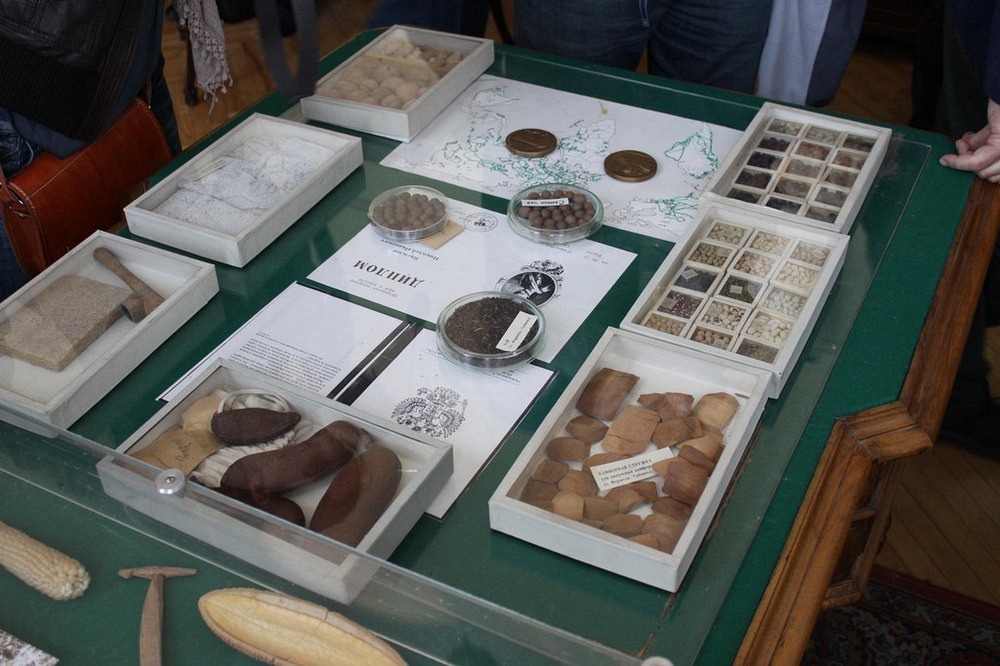 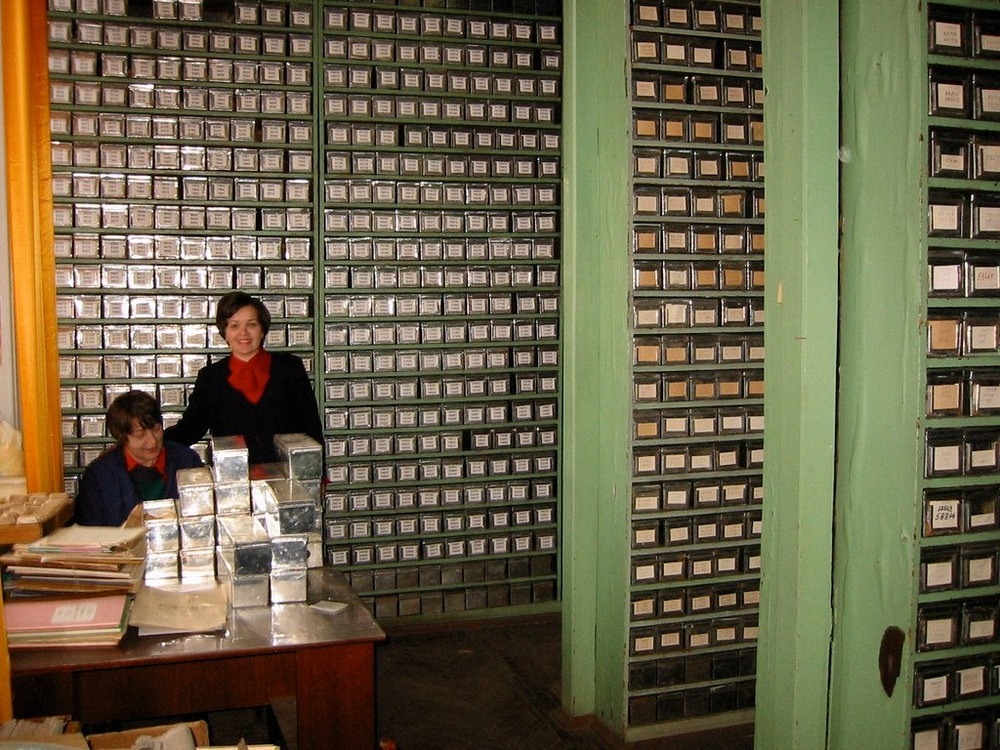 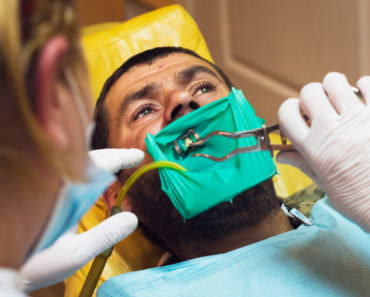 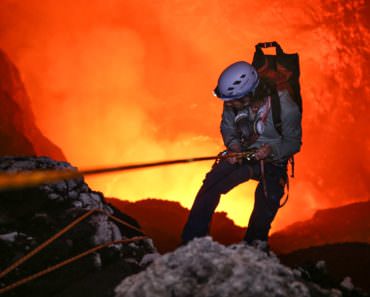