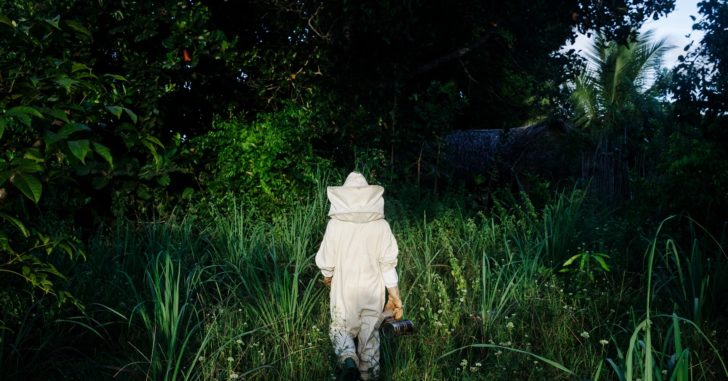 Honeybees are industrious little creatures, schlepping pollen and nectar from flower to hive all day to feed their queen. But in the tropical archipelago of Zanzibar, roughly 30 miles east of Tanzania in the Indian Ocean, that’s not all they do.

Bees are helping local beekeepers fight poverty, deforestation, and the negative effects of climate change—a bee-autiful partnership that photographer Dutch Jurre Rompa captures in his series Jungle Bees. “The beekeepers have a lot of respect for the bees,” Rompa says. “They know the impact they have on the environment.”

Zanzibar is a semi-autonomous territory in Tanzania whose clove, nutmeg, and cinnamon trees made it a global trade hub for centuries. But today it faces serious problems. Of the 1.3 million people who inhabit the archipelago, a third live on less than $1 a day. Negative effects of climate change, like droughts and flooding, threaten the economy. And deforestation claims nearly 2,500 acres of trees each year—so much that the government banned chainsaws.

So how do honeybees help? Well, bees pollinate trees—in particular, the fruit and spice trees that farmers are increasingly growing as a more climate-change resilient alternative to mono-crops. Their honey also provides beekeepers with additional income—as much as $10 per liter sold locally—that doesn’t rely on cutting down timber.

Though Zanzibar isn’t new to beekeeping, nonprofits have increasingly promoted it over the past two decades. Community Forests Pemba, which has planted more than 2 million trees on Pemba, Zanzibar’s second largest island, also sells hives to beekeepers at a subsidized cost of $7. Since 2011, it has worked in 13 communities to train 280 beekeepers, who have gone on to train 750 more. Co-founder Michael Tritchler says beekeeping strengthens the forest and can raise incomes by as much as 25 percent. “We learned from Pembans that conservation and economic development are not mutually exclusive,” Tritchler says. “In fact, they are intertwined.”

Another organization, Barefoot College Zanzibar, has empowered more than 40 women to become beekeepers, promoting parity in a society with traditional gender roles. “The money they earn from honey enables them to provide for themselves,” Rompa says. “They gain status within their families and villages and encourage other women to do the same.”

But the job isn’t easy, as Rompa learned in January, when he began photographing the beekeepers. Though he wore a protective suit, he got stung seven times his first day shooting. Over the next couple of months, he followed the beekeepers around with his Canon 6D as they scrambled up trees to check their hives, carefully lowered them to the ground, and smoked the bees to sleep.

The insects provide so much more than just honey—though the honey, which takes on the complex flavor of the mangrove, fruit, and spice trees, is delicious. “It’s some of the best I’ve ever tasted,” Rompa says. 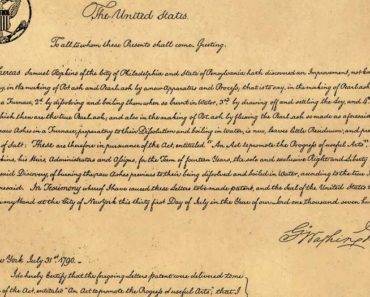 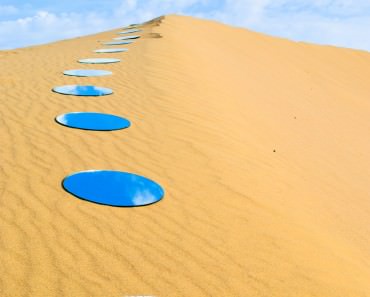 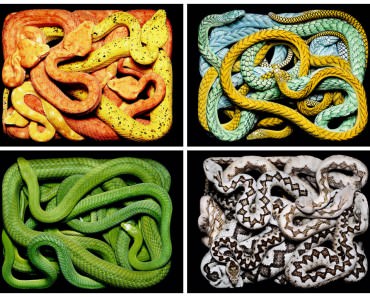