Home
Photography
The Hunger Stones of The Elbe River 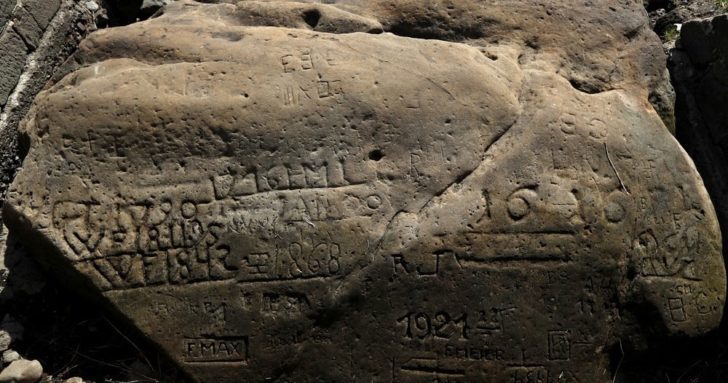 A record drought in Europe this year has exposed over a dozen boulders along the Elbe River, that usually stays below the water line, in and near the northern Czech town of Decin near the German border. Some of these boulders are carved with ominous messages warning people of the hard times ahead.

These boulders are known as “hunger stones”, and they were used as historical markers to record water level of rivers around Central Europe during periods of extreme drought since at least the mediaeval age. In older times, drought always meant bad harvest, and bad harvest meant hunger. Low water level in rivers also meant river trade came to a standstill cutting off food supplies, increasing prices and worsening conditions in general. 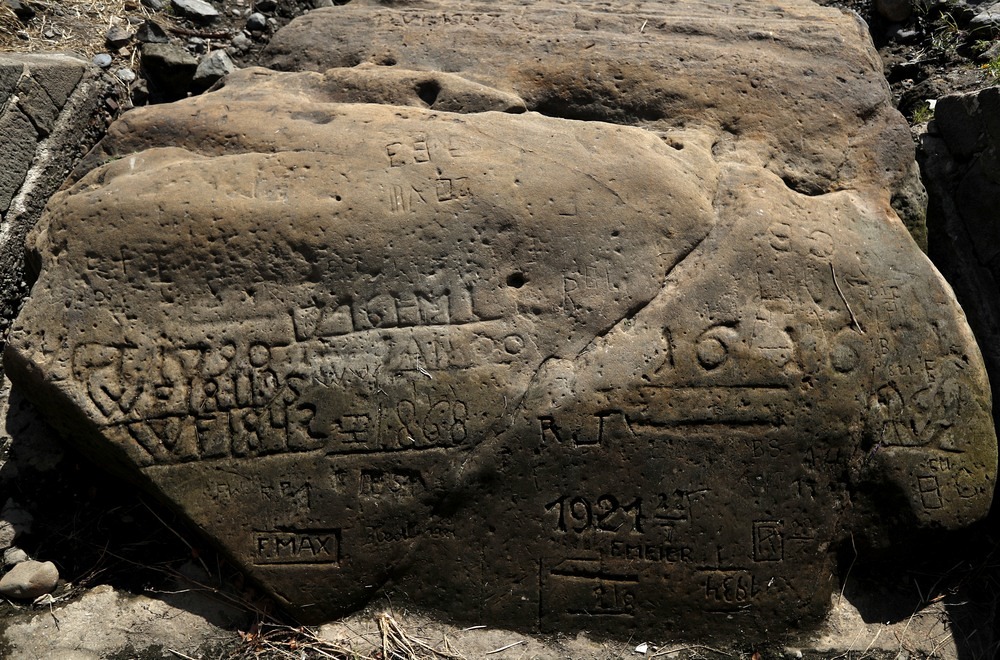 An old German message carved on a stone on the banks of the Elbe sums it up well: “Wenn du mich siehst, dann weine”—in English, “If you see me, weep.”

That particular rock is now a well known landmark in Decin, Czech Republic, thanks to a dam built about 90 years ago that causes the rock to appear for roughly 126 days every year. That Hunger Rock is one of the oldest hydrological landmarks in central Europe, with markings that dates back to 1417. A dozen droughts are recorded on the stone, the latest marking being made in 1893.

There was a similar low-lying rock in the Rhine River near Laufenburg with water level marks chiseled on the rock face. Sadly, the rock, known locally as “Laufenstein”, was blown up in 1908 or 1909 in connection with the building of the nearby power station.

Hunger Stones also reminds me of a similar phenomenon in Japan, called Tsunami Stones. Hundreds of these stones with warning messages such as “Do not build any homes below this point,” are scattered all over the Japanese coast. 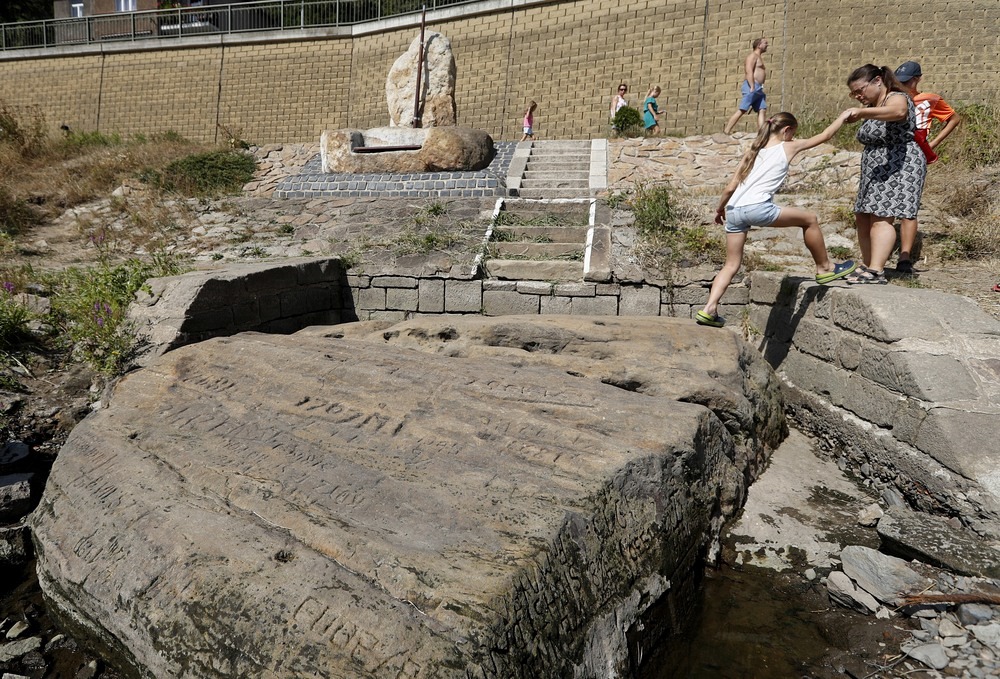