Home
Photography
Mars and Saturn Are Ready for Their Close-ups 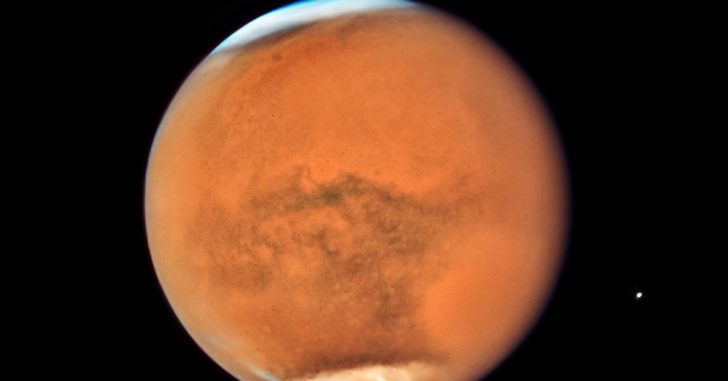 Saturn may be photogenic, but Mars is our nearest neighbor. As the planet approached its closest point to Earth, Hubble had a look. Yes, those summertime dust storms are raging on, and the swirling red particle clouds are in sharp contrast to the bright white polar caps. But also making cameos in the image are the two moons of Mars, Phobos and Deimos. They’re tiny: Phobos is 14 miles across, and Deimos just 8 miles wide.

Reaching for the stars is a lot more fun when the stars are closer. Here, the Hubble Space Telescope nabbed a shot of Saturn when the ringed giant’s elliptical orbit brought it about as close as it can get to Earth—a mere 845 million miles away. Note the clarity in the separation of the rings, as well as the bands of winds in the planet’s atmosphere.

Turns out the Milky Way might have a doppelgänger in galaxy NGC 6744. It’s a dazzling spiral similar to our home galaxy, with dusty arms coming off a prominent core. Yet at more than 200,000 light years across, NGC 6744 is about twice as large as the Milky Way. Astronomers observe other galaxies like NGC 6744 as reference points in their research on the Milky Way, since they can’t send telescopes and instruments beyond the bounds of our galaxy to obtain an outside perspective.

Right near the end of June, our Earth moved directly between the Sun and moon, blocking most of the light that illuminates our lovely satellite. Lunar eclipses aren’t unusual; as many as five can occur in a year. But sometimes conditions are just right for what’s colloquially known as a “blood moon.” The creepy red and orange hues are the effect of light being filtered and refracted through clouds and dust in our atmosphere.

More moons, more Saturn, and as always more cool space photos: The Cassini spacecraft was able to capture five of Saturn’s 62 moons plus the rings in one beautifully composed frame. Rhea, the planet’s second largest moon (Titan is the top dog), is closest to the camera and cut in half on the right side. Just next to it is Mimas; shining near the center in Enceladus; tiny Pandora intersects a ring; and Janus lingers at far left. Cassini may have ended its mission last September, but among its 500,000 photos are hidden gems like this one, from 2011. 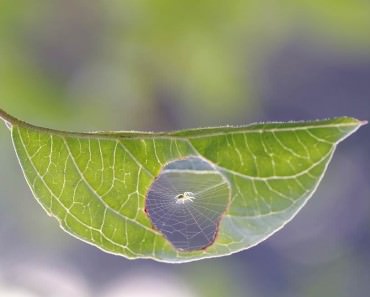 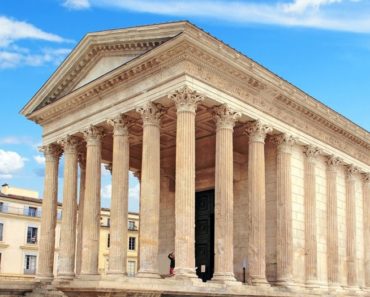 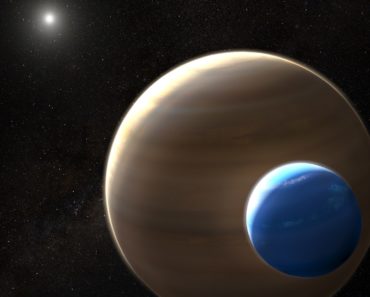