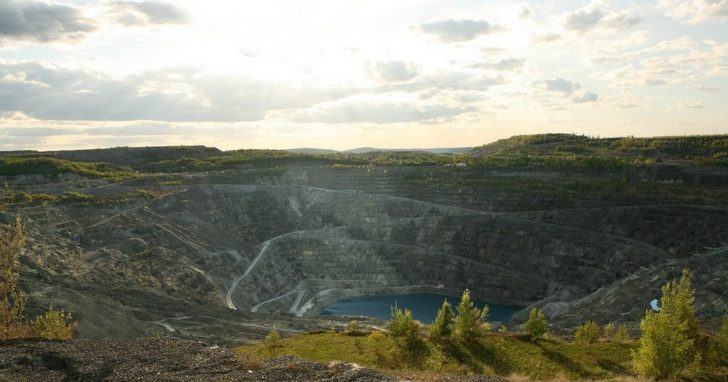 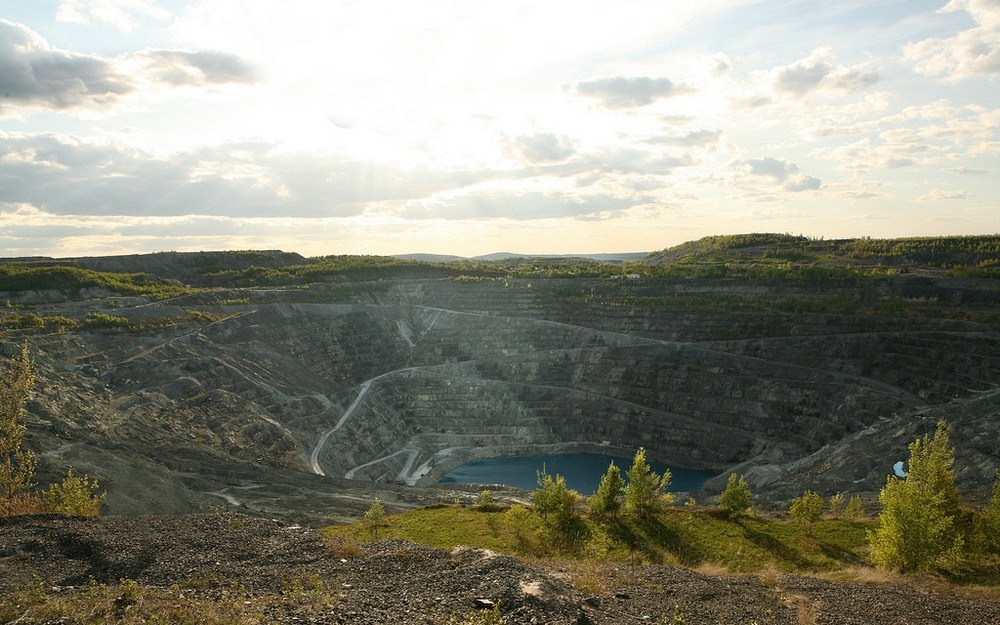 At the heart of the triangle made by the three Canadian cities of Quebec, Montreal, and Sherbrooke, lies a town with the worst name imaginable—Asbestos. So ugly is the word, that local businesses with “Asbestos” painted on their vehicles are denied entry into the United States. Custom agents recoil with horror when they see “Asbestos” stamped on packages of meat.

Asbestos, a fibrous, silicate-based natural mineral has been mined around the world since ancient times. The mineral has several desirable properties, such as the ability to absorb sound, and resist heat, fire and electricity. It is tough and cheap. Large scale production of asbestos began in the mid-19th century and use of the material continued to grow through most of the 20th century until growing evidence of the lethality of asbestos and its association with a particularly painful form of lung cancer forced most countries to ban the product. Today, the word “asbestos” is synonymous with poison and death, but for the 7,000 people in southern Quebec, it is the name of their home.

Asbestos was first discovered in Quebec in the 1870s. The first industrial scale mining began at what is now Thetford hills, and the city became a hub for one of the world’s largest asbestos-producing regions. A couple of years later, the Jeffrey mine opened less than 50 miles south of Thetford hills. The town that developed around Jeffrey mine named itself after the “miracle fiber”. Soon Jeffrey mine became the largest asbestos mine in the world providing half of the world’s supply of asbestos. As the 19th century slid into the 20th century, an increasing number of asbestos mines opened in Quebec, Newfoundland, British Columbia and the Yukon, helping Canada become the world’s largest asbestos exporter by the 1970s. 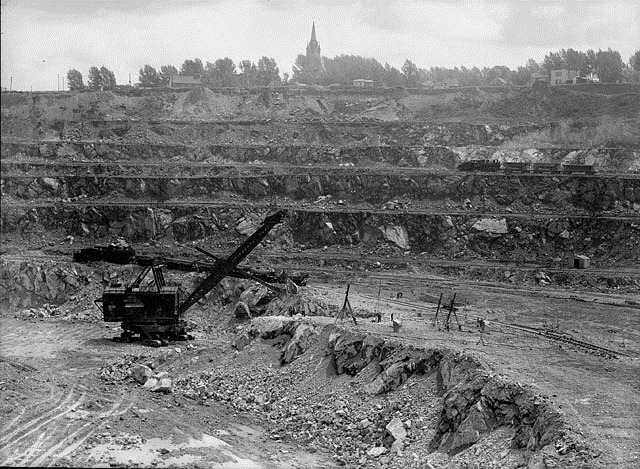 Canada’s biggest power shovel loading an ore train with asbestos at the Jeffrey Mine in Asbestos, Quebec, June 1944.

While the asbestos industry boomed, workers began to get mysteriously sick, coughing up blood, suffering from breathing difficulties and dying. Asbestos resident and long-time head of the Asbestos Historical Society, Pierrette Théroux recalls as a girl how she would wake up to the screens of her home covered in snow-like asbestos dust. Walking on the porch would leave footprints.

The first connection between the disease and the deadly mineral was made in the early 1900s when a coroner at London’s Charing Cross Hospital conducted postmortem investigation of a young man who had died from pulmonary fibrosis after having worked for 14 years in an asbestos textile factory. Traces of asbestos was found in the victim’s lungs. Twenty years later, after another confirmed death by asbestos, a British pathologist William Edmund Cooke testified before a court and forced the government to act. The first Asbestos Industry Regulations came into effect in 1932, and a string of regulation followed. But it took another half a century before the use of asbestos was phased out. Asbestos’  Jeffrey mine continued production until the late 2011. 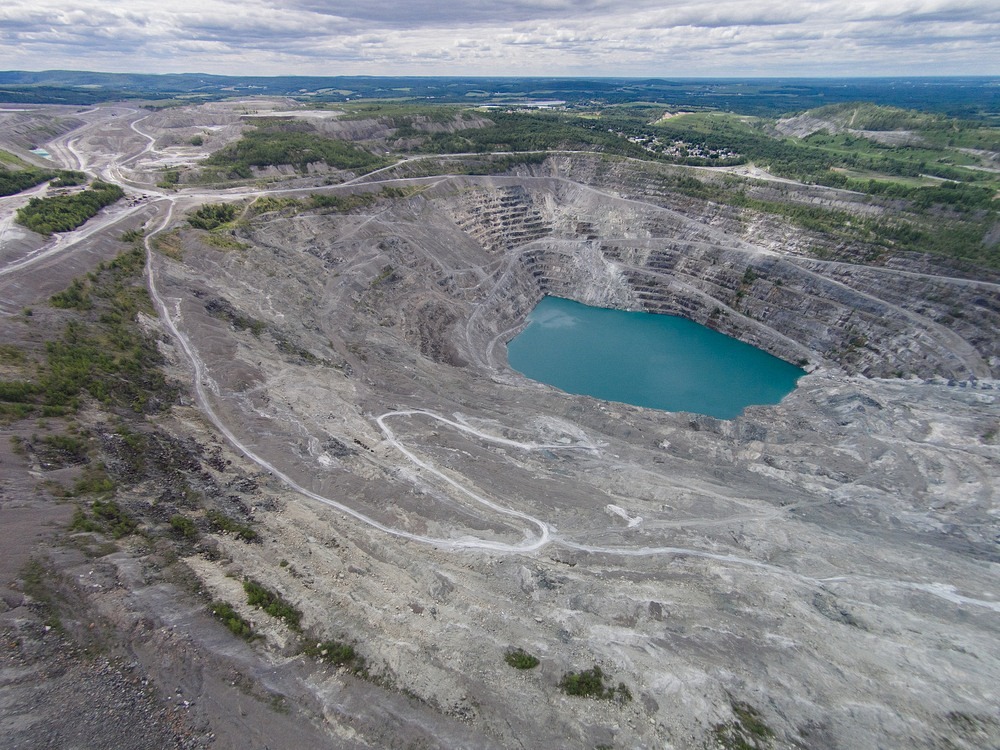 Today, there is a huge gaping hole in the ground at Asbestos, more than 2 km across, and almost as big as the surrounding town. With Asbestos’ biggest employer shuttering its business, the town is searching for a new identity and new means to support its population. Some debated whether they should change the name of the town, but the residents voted against it.

There is a microbrewery now in Asbestos called Moulin 7, and some of the names of the beers they serve borrow from the town’s history—such as L’Or Blanc (meaning White Gold), Spello (a mining term for a short break), and Mineur (Miner), which picked up a gold medal in 2016 World Beer Awards. Another pale ale called La Ciel Ouvert (The Open Sky) is prepared using water taken from a lake that has accumulated at the bottom of the disused mine. The water was tested to be pure.

Since the closure of the mine, other businesses have found home in the former mining town. A gourmet food products company opened a duck meat processing center providing jobs for over a hundred workers. A ski resort a few minutes north of the town absorbed another couple of hundred employees. The town is slowly stumbling back to life. 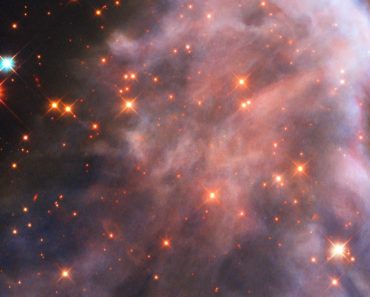