On the southwest corner of Devon Island in the Canadian Archipelago of Nunavut, lies a small desolate island—the island of Beechey. For more than a hundred years, this windswept and barren island was a favorite landing site for Arctic explorers. Beechey Island’s relatively flat beach allowed for easy landing, while the small hill behind the narrow beach provided the needed shelter. Many crews from Arctic expeditions wintered here over the years.

Beechey Island’s claim to fame lies in its association with one of the most tragic episodes in arctic exploration history—the Franklin expedition.

The Franklin expedition led by Captain Sir John Franklin, an experienced Royal Navy officer and explorer, set sail from England on 19 May, 1845, with a crew of 24 officers and 110 men aboard two ships, HMS Erebus and HMS Terror. Their mission was to find the so-called Northwest Passage—a sea route from the Atlantic to the Pacific through the Arctic Ocean—that would allow sea faring traders an easier route to Asia across the North American continent. Finding the Northwest Passage was long seen as a holy grail in navigation, captivating explorers for centuries and leading many to their deaths.

The Franklin expedition was one of the best equipped to tackle the Northwest Passage problem. Both ships were sturdily built, and were outfitted with recent inventions such as the stream engine, and screw propellers and iron rudders that could be retracted into iron wells to protect them from damage. The ship had internal heating for the comfort of the crew, a library with more than a thousand books, and was stocked with three years’ worth of tinned food.

After leaving England, the expedition made a brief stop in Scotland and then sailed to Disko Bay on Greenland’s west coast where the crew wrote what would be their final letters home. As they entered the chilly waters around northern Canada in late July 1845, the ship met two whalers who reported that both crews were in good spirits. That was the last anybody saw of them.

When two years passed and no word was heard from Franklin, the public grew concerned and three search parties were organized. But they returned after a few months with still no trace of the missing sailors. In 1850, another search team consisting of more than a dozen ships went looking for Franklin and his men. They arrived on Beechey Island, where they had their first lead.

On the shores of the island the search party found three graves with engraved headstones identifying the dead as John Torrington, William Braine, and John Hartnell—all crew members of Franklin’s. The trash left behind by the crew on the island indicated that Franklin’s men had wintered there in 1845–46.

Beechey Island soon became an important starting point for subsequent investigations into the disappearance of the Franklin expedition. In 1854, further evidence of the expedition’s fate emerged when Inuit eyewitnesses reported seeing a party of 35 to 40 white men die of starvation near the mouth of the Back River. In 1859, a note discovered on King William Island, located 670 km southwest of Beechey Island, clearly mentioned that John Franklin died in 1847 along with twenty three other officers and men.

Over the next 150 years, dozens of expeditions, explorers and scientists tried to piece together what actually happened. We now know that both ships had become icebound, forcing the men to trek across the ice but the cold and huger eventually got the better of them. Some skeletons found on King William Island show blade-cut marks on the bones, strongly suggesting that conditions had become so dire that some crew members resorted to cannibalism.

But what’s puzzling was what killed the three crew members on Beechey Island so early into the expedition.

In the 1980s, Canadian forensic anthropologist Dr. Owen Beattie exhumed the three bodies from Beechey Island and found them to be remarkably well preserved from being buried deep in the permafrost. Autopsies discovered high levels of lead in the men, which may have leached from the tinned food or from the ship’s system for fresh water. Another study in 2016 concluded that the men died of lung disease like pneumonia or tuberculosis exacerbated by malnutrition and overall poor health.

Today, there are four headstones on Beechey Island. The fourth one was added later, and it belongs to Thomas Morgan, an official investigator who died of scurvy in 1854 searching for the lost crew. There is also a crumbling wooden hut on the island, the Northumberland House, erected by one of the search parties in the 1852.

Now a National Historic Site, Beechey Island is a site of pilgrimage for Arctic explorers. Even the Norwegian explorer Roald Amundsen stopped at the island to pay respect to Franklin at the beginning of his successful voyage through the Northwest Passage in 1851.

A sonar image of a shipwreck discovered in Canada’s Arctic is one of two vessels from Sir John Franklin’s doomed expedition, which got trapped in the ice in 1846.

Remains of Northumberland House on the shore of Beechey Island. Photo credit: LawrieM/Wikimedia 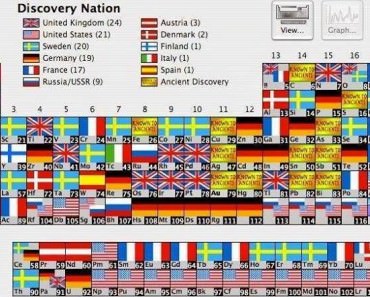