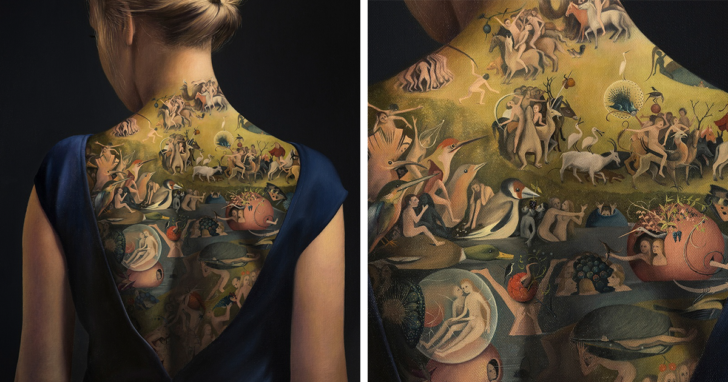 Polish artist Agnieszka Nienartowicz is tricking people into thinking she’s creating photographs. For example, when you look at one of her latest works, ‘The Garden of Earthly Delights,’ you might think it’s a picture of a girl with the famous 15th-century painting tattooed on her back. But you’d be wrong. It’s a painting within a painting, blending the work of Hieronymus Bosch, a forefather of the Northern Renaissance, with a contemporary-feeling art form, the tattoo.

Deeply interested in man’s internal emotions and conflicts, Nienartowicz found the iconic Bosch painting as the perfect way to share her message. “Humans are full of contrasts and contradictions, they want to do good and instead they do evil,” the artist told My Modern Met. “I was thinking about human nature, about sin and the will of evil which are inscribed in our being, like written inside us. And then I connected it with the Bosch’s triptych, which speaks of human nature. I love this painting, it is so strange, weird and beautiful at the same time.”

“I treat each element like any other item, but on the other hand, the historical elements bring a story and an emotional load with them. At the same time, by including them in my paintings, I give them the new context, meaning, and a new life. Maybe it is also a kind of a tribute to the Old Masters?” 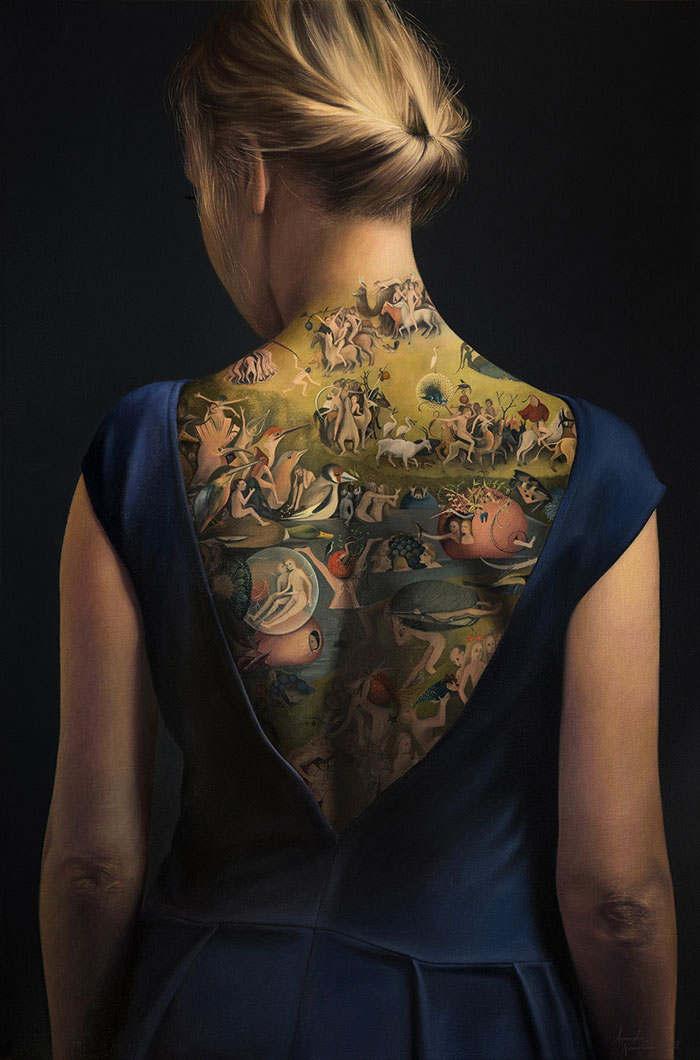 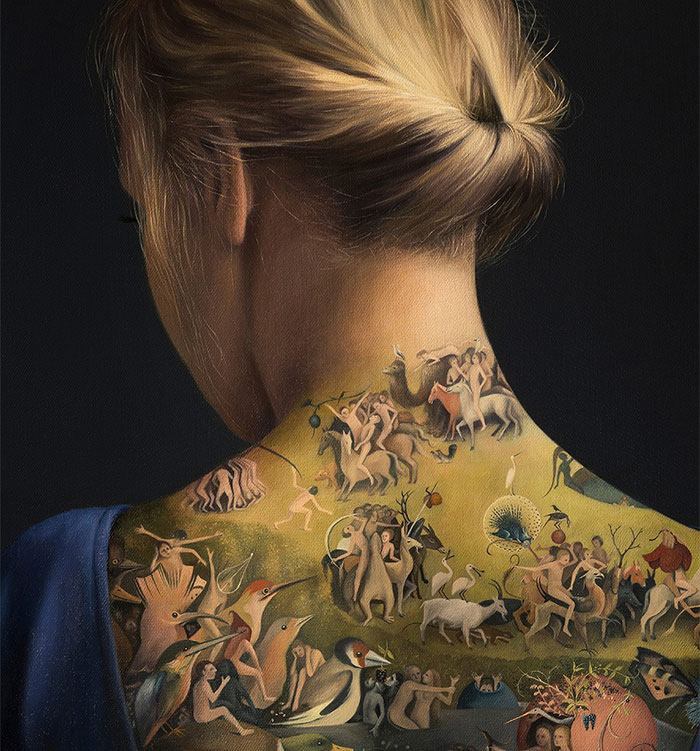 And with her latest piece, she decided to play with a classic art and turn give it a more modern form 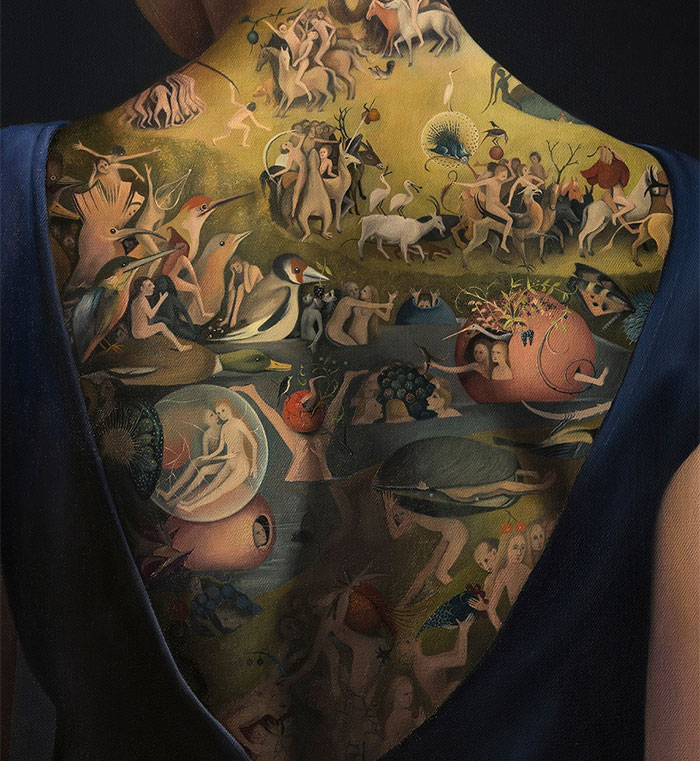 Inspired by Hieronymus Bosch’s painting “The Garden of Earthly Delights” 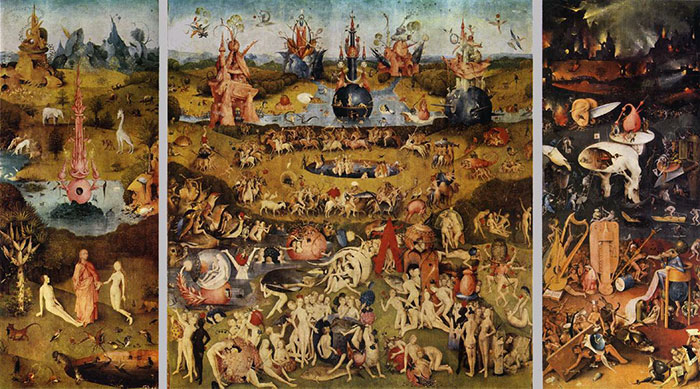 [It depicts this and that] 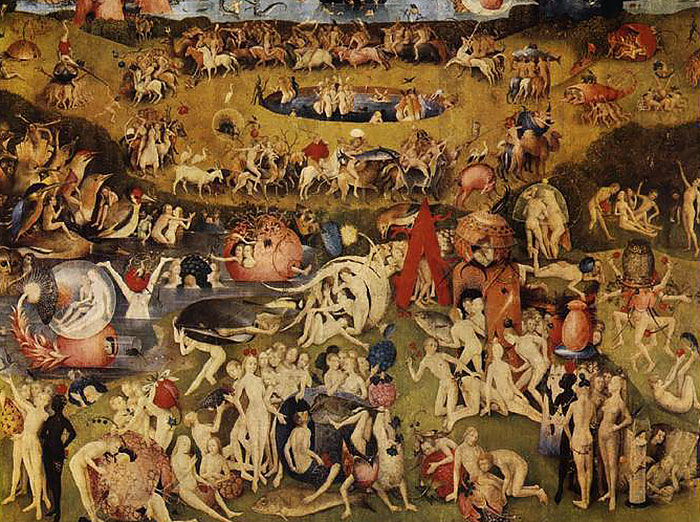 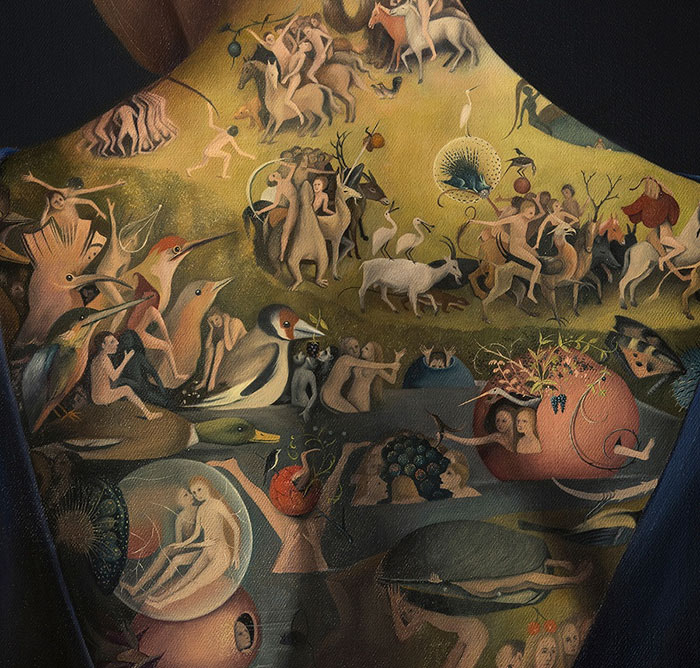 But it’s actually a photo-realistic painting, created this way to give new context to the historical elements 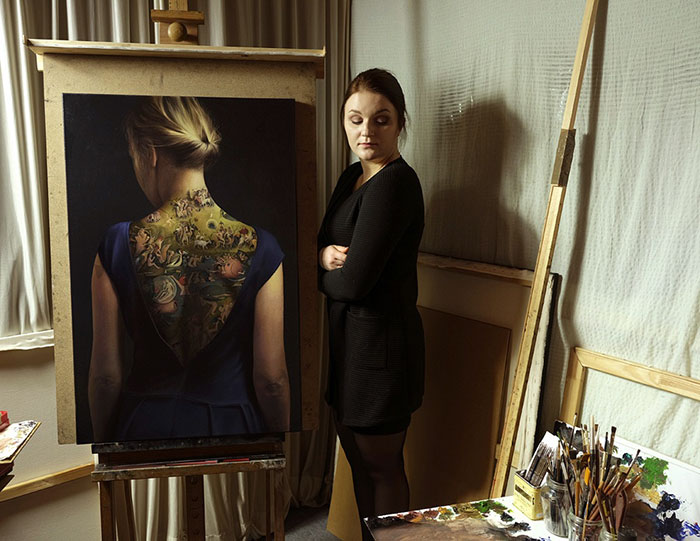 As she says herself: “Maybe it is also a kind of a tribute to the Old Masters?” 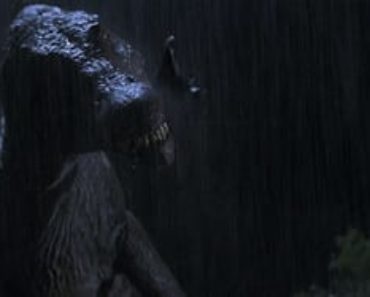 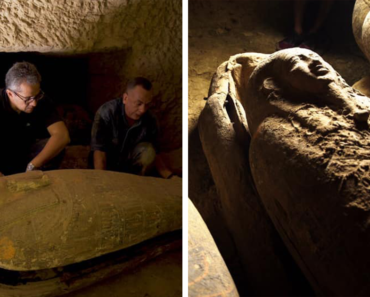 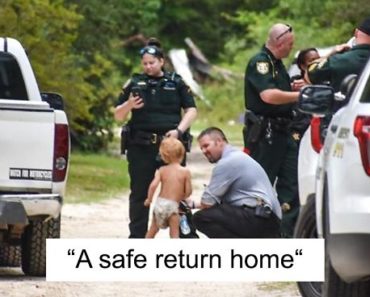