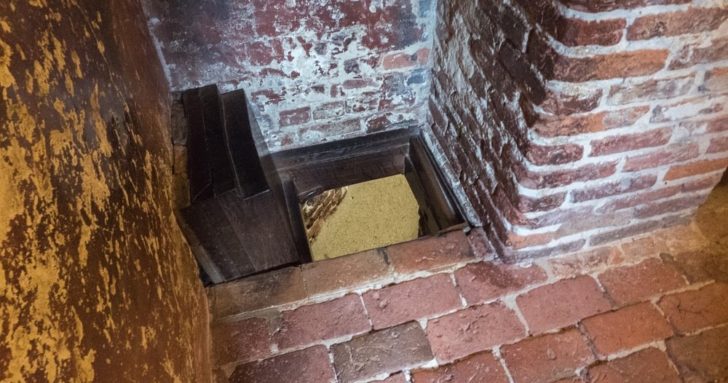 In mediaeval England, when feuds were violent and justice swift and brutal, it was common for castles and mansions of the powerful and the wealthy to have secret chambers or hidden passageways that allowed the owners to hide or escape from pursuers in the event of a surprise attack. During the reign of Queen Elizabeth I, the number of such secret chambers and hiding-places increased sharply, especially in the houses of the old Catholic families.

The 16th century was a time of strong religious tension. Europe was torn between the Roman Catholic Church and the gaining Protestant movement that eventually led to the separation of the Church of England from Rome under Henry VIII. The English Reformation continued under the rule of his son, Edward VI, who—during his short reign—introduced new forms of worship and more radical reformation. But Edward’s successor, Queen Mary, had strong opposing views and she dragged England kicking and screaming back under the authority of the Catholic Church. Those who refused to give up their Protestant beliefs were burned at the stake, earning Mary the nickname ‘Bloody Mary’. 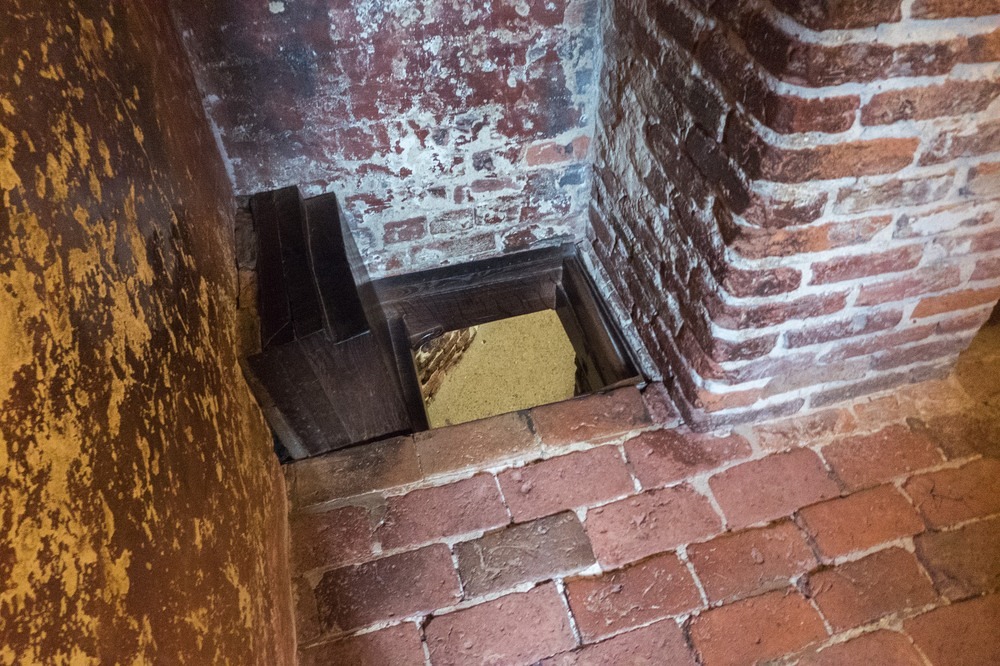 Mary was succeeded by her half-sister Queen Elizabeth I who wanted a strong, independent England with its own religion, trade and foreign policy. She restored the Church of England which was moderately Reformed in doctrine, but also emphasizing continuity with the Catholic and Apostolic traditions of the Church Fathers. During her time, anti-Catholic sentiments reached such fever pitch that the Pope declared Elizabeth a heretic and called for her removal from the throne. A series of rebellions and murder attempts followed provoking the Queen into taking serious repressive actions against Catholics, especially against priests.

Catholic priests were forbade from entering England, and anyone found giving shelter to them were severely punished. A network of informers, spies and priest hunters helped track down Catholic priests in England. Arrested priests were imprisoned, or tortured and hanged.

To escape capture and death, many priests began living with wealthy Catholic families in the guise of a cousin or a teacher. Hiding places known as “priest holes” were built in these houses where the priest could slip into in case of emergency. Priest holes were often built in fireplaces, behind false walls and under staircases. More often than not, these secret chambers were tiny with no room to stand up or move around. While priest hunters raided the house, sometimes for days, carefully measuring every room for unaccounted space, the priests would lie still and silent, almost afraid to breathe, holed up inside. During their torturous confinement, food and drink would be scarce and sanitation non-existent. Sometimes a priest would die in a priest hole from starvation or from lack of oxygen.

The most skilled and prolific builder of priest holes was Jesuit Nicholas Owen who devoted the greater part of his life to constructing these places in the principal Roman Catholic houses all over England. Such was the ingenuity of his craftsmanship that some of the holes were only discovered during renovation by later owners decades and centuries after. Nicholas Owen is also believed to have masterminded the famous escape of Father John Gerard from the Tower of London in 1597. 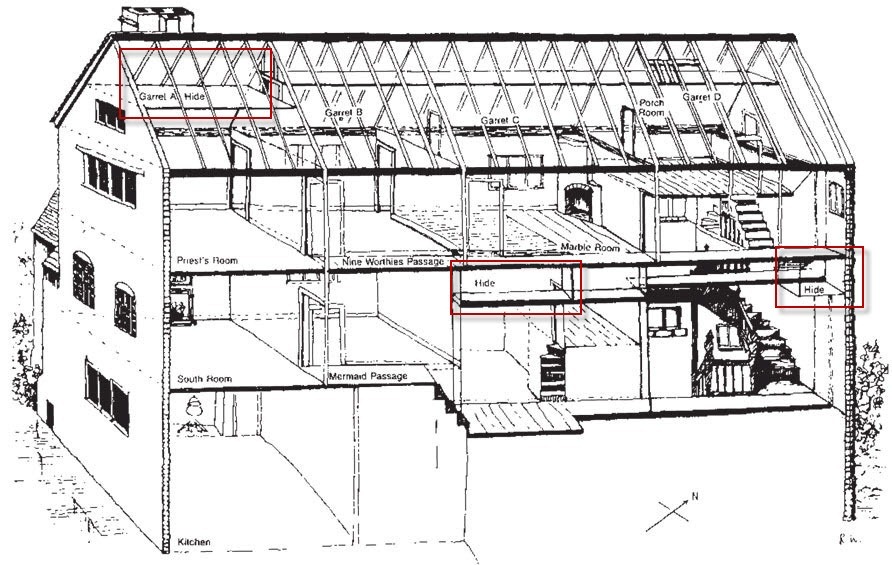 Cross section of the West side of the Harvington Hall Worcestershire, showing the hiding places built probably by Nicholas Owen, centered around the Great Staircase. Photo credit: harvingtonhall.com 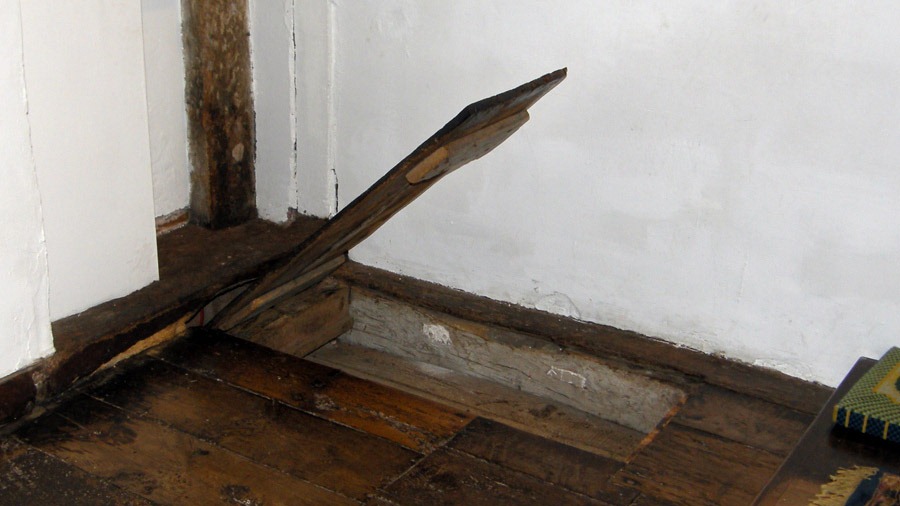 Trapdoor to a concealed chapel at Harvington Hall, where Mass could be held by whichever priest was in the residence at the time. Photo credit: harvingtonhall.com 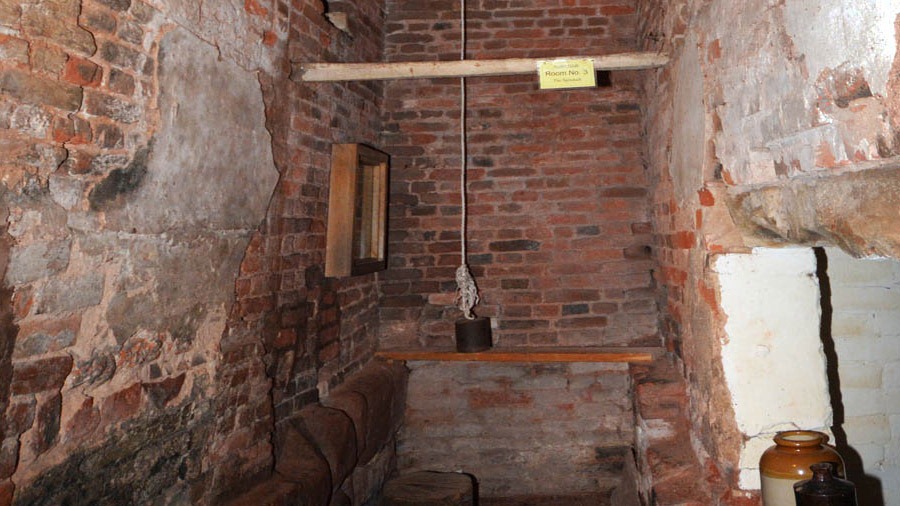 Another hiding place at Harvington Hall above the bread-oven, in the thickness of the chimney-stack. Photo credit: harvingtonhall.com 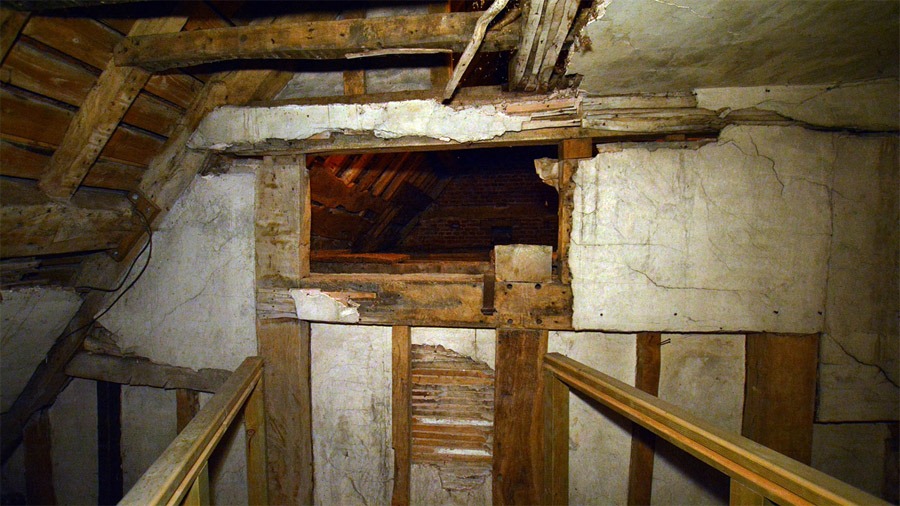 This hiding place is located behind a false fireplace at Harvington Hall. It leads into the attic from which there is another exit that allowed the priest to escape to another part of the house if required. Considerable attention was spent on the details including bricks that had been blackened by fire. Photo credit: harvingtonhall.com 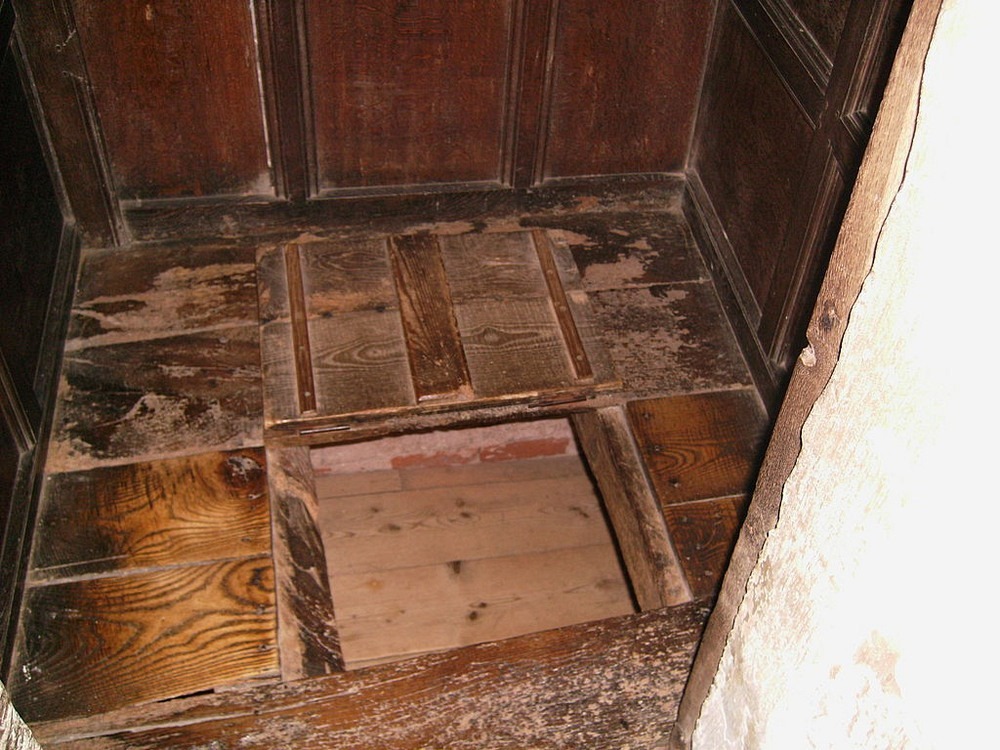 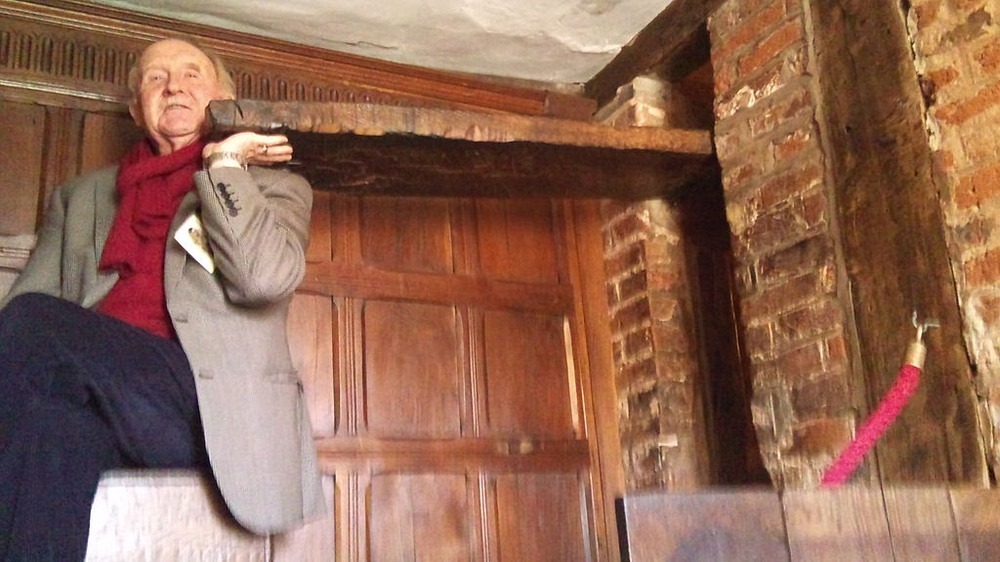 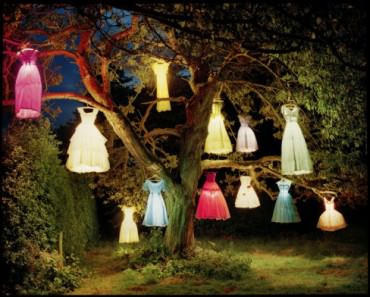