Collective wisdom might best be found when small groups of people are given a chance to discuss and deliberate, say social scientists Mariano Sigman, Joaquin Navajas, Gerry Garbulsky and Dan Ariely. Could this suggest a better way to vote?

For many years, problems with democracy have been pushed under the carpet in the general belief that “democracy is the worst form of government — except for all the others.” While people have felt unhappy with the results after certain elections, their unhappiness didn’t cause them to question the entire system.

However, after surprising results like the EU referendum in the UK (aka Brexit), the 2016 US presidential election, or the 2016 peace referendum in Colombia, this feeling has changed. We’ve seen that democratic decisions are more volatile and less predictable than what common sense and forecasting technologies were ready to accept. In fact, it might be time to refine and revise what we mean by democracy and how it should be implemented.

While science cannot establish the goals of democracy, carefully designed scientific experiments can — and should — help identify the best ways to achieve them after they’re agreed upon by a society. For centuries, sociologists, political scientists, mathematicians and others have tried to work out ways in which voting might better represent the will of the people. Psychologists have studied the subject and enumerated the reasons why collective decisions can often go wrong. Social interactions can exaggerate individual biases, leading to herding, violence contagion and other unwanted phenomenon, as described by Scottish journalist Charles Mackay in his 1841 book Extraordinary Popular Delusions and The Madness of Crowds.

Are there ways in which democracy can be made more effective, egalitarian and plural, while also achieving some immunity from the mechanisms that hinder collective decision-making?

Extensive evidence suggests the key to collective intelligence lies in protecting the independence of opinions within a group — but that the opposite seems to occur during referendums. Today, these tendencies have only gotten worse due to social media’s abilities to amplify bias.

Are there ways in which democracy can be made more effective, egalitarian and plural, while also achieving some immunity from the mechanisms that hinder collective decision-making? Since ancient Greece, political-science thinkers have wrestled with this question. One answer can be found in the idea of deliberative democracy, in which collective decisions are the consequence of authentic deliberation and not merely an aggregation of preferences.

Inspired by the contributions of mathematics, psychology and political science, we decided to investigate this question: Would organizing discussions in small groups help improve collective wisdom? Our exercises are an attempt to invert the trend of social networks and to promote collective deliberation on a small scale that better lends itself to effective communication.

Each small group gained wisdom through engaging in dialogue. Because the entities remained independent, they retained the variability and richness of human diversity.

We first decided to experiment in a simpler domain than politics. Before a crowd of almost 10,000 attendees at TEDxRiodelaPlata in Buenos Aires in 2015, we asked questions like: What is the height of the Eiffel Tower? What is the length of the Nile River? How many films were produced by Hollywood in the last 20 years?

These factual questions shared one important aspect with political decisions: most of us have only partial knowledge about them. After responding privately to the questions, participants then got together in groups of five — small enough to have a rational discussion where everyone had a voice and could hear other people’s arguments. After a short conversation lasting less than a minute, the group members were asked to reach a consensus and provide a single answer for each of the questions.

We discovered something intriguing: the average of the consensus opinions was much more accurate than the average of all individual private opinions. In other words, the same crowd was much wiser when people were organized into small groups. The effect was so strong that simply averaging four randomly picked consensus estimates was more accurate than averaging more than 5,000 individual private opinions. (The preprint containing the full results of this investigation can be found here, and the manuscript has been accepted in principle to be published in Nature Human Behavior.)

Our hypothesis is it’s not just deliberation that works; it’s deliberation on a scale that is conducive for thoughtful human communication.

This process can be seen as a crowd of crowds — or, more precisely, a crowd of small crowds. Each small group gained wisdom through engaging in dialogue. Because the entities remained independent, they retained the variability and richness of human diversity. Hence, this crowd of small crowds combined the power of statistics with the diversity of reasoned and thoughtful opinions. Our hypothesis, which requires much more experimentation to be conclusively proven, is that it’s not just deliberation that works; it’s deliberation on a scale that is conducive for thoughtful human communication.

Our experiment in decision-making taught us that in the simple world of facts, collective decisions are much more accurate when people can discuss about them in small groups. More than one-third of the groups that began with participants holding completely opposite views on highly polarized issues were able to reach a consensus. We found this result to be a seed of optimism.

We wondered: could this procedure be used for ideological and political decisions? For a second experiment, we decided to ask people highly polarizing, ideological questions where one feels it’s only possible to agree to disagree. At TED in Vancouver in 2017, we posed the following scenarios to 1,500 participants.

Each person was asked to judge on their own whether the action was wrong or right, using a scale from 0 (wrong) to 10 (right). Then they formed groups of three. Each group was asked to discuss the issues for two minutes and unanimously come up with a single number that expressed the correctness of that action on the same o-to-10 scale. We were curious to know whether people were willing to change their moral principles after deliberation.

Perhaps the most important result from this experiment is that the groups reached consensus much more often than people initially believed they would. In fact, more than one-third of the groups that began with participants holding completely opposite views on highly polarized issues were able to reach a consensus. Because polarization seems to have fractured our society into groups that can’t talk to each other, we found this result to be a seed of optimism.

Juries hear the facts, and then they can talk, deliberate and reason. The result is rational judgment by the people, for the people. What if we organized politics in the same way?

Many times, we don’t engage in debate with people who think very differently from us because we’ve become skeptical about the power of dialogue. But our data show this is an illusion. Today, human conversations frequently occur on Twitter, Facebook or the media at scales that aren’t optimal for exchanging ideas. But if people with completely opposite views are left alone to talk calmly in a small group, they are much more likely to reach agreements, even when considering ideological questions with a heavy emotional charge.

Because voting is so precious to us as a way to express freedom, many people are reluctant to question its efficacy. Some of the authors of this post grew up under a military government in Argentina. Back then, the idea of expressing an opinion — let alone how this would be done — seemed so impossible that to doubt democracy felt somehow wrong. But democracy, like all elements of society, has the capacity of being revised, improved and nurtured so it can move closer to its aim of serving as an institution that gives all members a voice.

Deliberative democracy — balancing equality and deliberation by asking a small number of people who serve as a representative sample of the diversity of the population — is not a new concept. It’s been successfully implemented in other social institutions. In fact, it’s the core idea behind the jury, which is how many societies make judicial decisions. Imagine if justice were decided by popular vote rather than by a jury system. It might lead to witch hunts, to the expression of collective prejudices, to waves of massive madness. Instead, juries take place under protected conditions. In a calm setting, a group of people hear the facts, and then they can talk, deliberate and reason. The result is rational judgment by the people, for the people.

We can use knowledge, science, technology and experiments as a way to think about how to make our democracies better.

What if we organized politics in the same way that juries organize justice? Of course, this is only the sketch of an idea that requires substantial work before it could practically implemented. The most obvious problem is how to assure an accurate representative sampling, especially if this mechanism were expected to make national political decisions. It might be simpler to introduce deliberative democracy into smaller institutions, but even then many practical questions remain, such as: What is the best size for groups? How long should the conversations be? What’s the best way to organize and structure the conversations? This is only the sketch of an idea.

In 1955, Isaac Asimov published a short story called “Franchise.” In it, Linda’s grandpa tells her about the old times in which everybody voted on Election Day. It took such a long time to count the votes that people got restless. He says, “So they invented special machines which could look at the first few votes and compare them with the votes from the same places in previous years. That way the machine could compute how the total vote would be and who would be elected.” The machines became more sophisticated and able to forecast the election from fewer and fewer votes, until eventually, he says, “they built Multivac and it can tell [the outcome of the election] from just one voter.” “Franchise” describes how a man named Norman Muller is told that, according to Multivac’s calculation, his choice is representative of the entire people’s vote.

This story was fiction, and it’s different in many ways from the ideas we have presented here. But it raises two relevant thoughts. The first is about the essence of deliberative democracy. Asimov’s dream was to have an accurate method of representation so that collective decisions could be translated into the mind of one thoughtful voter. This would work only if the thinker faithfully represented the diversity of the people. In our experiments, we’ve seen that a set of small groups could possibly do this job. Like Asimov, we too share the desire to use knowledge, science, technology and experiments as a way to think with responsibility — but without fear — about how we can make our democracies better.

To learn more about the experiments, watch this video: 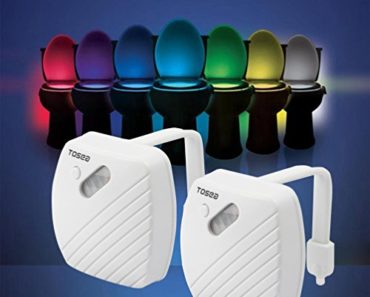