Home
Geek Universe
Feel like You Don’t Fit In? Here’s How to Find Your People | Some fresh advice on identifying and searching for your own community, from business innovator Nilofer Merchant.

In 1990, when students at the University of Pennsylvania were asked if they would consider a career in Philadelphia — where the school is located — only 35 percent of them said yes. By 2010, that number was 60 percent.

Some of that increase might be due to Alex Hillman. Alex’s search for his own people began because he was lonely. As an entrepreneurial-minded web developer, he says, “I just felt alone in my field, in my work, in my city.”

Alex was thinking of moving to the West Coast, where other creative tech types seemed to be heading, and he had a connection there to a tech company for a full-time job. But when that job fell through in January 2006, he decided to give Philadelphia another try — and allowed himself six months to meet as many like-minded people in Philadelphia as he could. “A big part of me thought that this would be fruitless, that what I was looking for didn’t exist,” he says.

Perhaps the first step to finding people like yourself is to show up as yourself.

Alex went to gatherings of professional groups, small conferences, tech-based events and meetups to find other “geeks like him.” He stopped wearing suits and showed more of himself, suggesting that perhaps the first step to finding people like yourself is to show up as yourself. Soon, he found a few who had a similar outward profile — tattoos, ironic T-shirts, checkered shirts. And he discovered he had a lot in common with some of them. “There were quite a few of us looking for the same thing,” recalls David Dylan Thomas, who directed and co-produced the web series Developing Philly. “We all wanted the value of working with a great company like Google without working for a big company.”

In September 2006, this crew of coders, writers, makers and designers began meeting every Friday to work on their individual projects in each other’s company. They soon discovered they were more productive as a group. “We could just look up and ask for help on a technical glitch, or ask if anyone else know how to do X, Y, or Z. Our collective skills were strong,” says David. The more time they spent together, the more they learned from one another, were inspired by one another, and pushed one another.

At an event run by a local recruiter, Alex pitched the idea: What if we had a clubhouse? The group embraced Alex’s idea of a co-working space. UX designer Lauren Galanter spoke up: “You could name it something with a Philly theme, like Independents’ Hall. You know, like the historic site, but a hall of people who are independent.”

While Alex was the catalyst for the first city’s coworking space, it was ultimately the community that created Indy Hall, which just celebrated its 11th anniversary and has 300 members. Even before they occupied a physical space together, they co-owned the idea. They all occupied a certain geekiness; they occupied a particular creativeness; and in their shared “-nesses” they coalesced as a community united by a common purpose.

Philosopher Parker Palmer wrote, “Only as we are in communion within ourselves can we be in community with others.”

How is it that Alex went from feeling like the only one, to joining with nearly 20 people to create a communal workspace? Had he been oblivious earlier? Was it that he simply needed to look harder for his people? The answer lies in the crevices between these questions. “Long before community assumes external shape and form, it must exist within you. Only as we are in communion within ourselves can we be in community with others,” wrote philosopher Parker Palmer in his book Let Your Life Speak.

The word “individual” has an inherent duality: it means the smallest member of a group. An individual is therefore never isolated; she is always connected. Every one of the 7.5 billion humans on the earth has value to offer, especially now in a distributed world where you can get things done through networks. This is the power of what I call “onlyness”: you’re standing in a spot that only you stand in, which is a function of your history, experiences, visions and hopes, and it’s from here you offer a distinct point of view, insights and ideas. When you can grow and realize those ideas through your networks and through connectedness, you have a new lever to move the world. Onlyness is like an individual, then, in that it is born of you and also that it unites you meaningfully with others; it is the connected you.

To find your people, you have to know how to signal your passions and interests and seek out theirs. But you can also search Google, or scan LinkedIn profiles and send “Connect with Me” notices. You can tweet links about what you’re interested in, or leave comments on an Instagram feed. Here is a brief taxonomy that identifies five different types of communities you can tap into.

Community type #1: practice. This type of group is united by a common activity. Alex’s colleagues were all creative types who were interested in different aspects of web development. Practice, however, is not limited to professional activities; it also applies to hobbies and interests, like French speakers or marathon runners. One good way to find others with mutual interests is through an online search.

Community type #2: proximity. This is a group based on being of or in a certain place. During my relocation to Paris, I used a website called Message Paris. Members paid a subscription fee to find others in the city and get access to such information as how to choose a school or deal with foreign taxes. Another website called Mes Bonnes Copines (“my good girlfriends”) connects people to one another to offer helpful services, such as swapping babysitting. I also used geolocation on Twitter, focusing on Paris and even on my particular arrondissement, which led me to information about upcoming events, news and people I might find interesting.

The Internet is a great place to start looking for your community, but it’s simply one way to find your people.

Community type #3: passion. A community of passion is driven by a shared interest in a particular subject; it differs slightly from one based on practice. Let’s say you’re a parrot lover, as my friend Arikia is. Her journal — she’s a writer, so her notebook is often in plain sight — has loads of parrot-related content, so after friends see it, they send her parrot videos and paraphernalia. Arikia also shares anti–animal abuse petitions on social media, so people understand the topic matters to her. Digital tools link her to others who share her passion.

Community type #4: providence. Provident communities are the product of seemingly random connections — like meeting friends in high school who introduce you to your future funders on Kickstarter. However, this process is not as random as it appears. For example, entrepreneur advocate Tereza Nemessanyi was not a known expert when she first dove into that world. She started by reading blogs written by venture capitalists. She began leaving comments, which led others to discover and engage with her. Then she created her own blog, tweeting to support it, and that led her to build a company. While promoting her business, she found many people who knew of her from her earlier blog comments. Now she works at Microsoft, helping build relationships with startups and entrepreneurs. The key lies in figuring out where and how you can create opportunities for serendipity.

Community type #5: purpose. Purposeful communities are those that share a vision of the world. They don’t always have user groups and are often not geography dependent. Finding people with a common purpose means finding those who share a concrete commitment to a specific cause, and this involves a more sophisticated method of signaling and seeking. For example, Rachel Sklar and Glynnis MacNicol built a tribe of 500 women in tech, which coalesced into an organization called TheLi.st, with whom they share their deepest purpose: to change the ratio of women on conference stages, in investments and as CEOs.

Of course, the Internet is a great place to start your search, but it’s simply one way to find your people. Alex did much of his looking with actual legwork, using online networks to supplement it. Philadelphia’s “new” community, which had always been there yet was invisible, was made into reality by Alex locating people who cared about the same things as him. To do this, he claimed his history and experience, visions and hopes — in other words, his onlyness. And as Alex served his job and community needs, he created a hub for other geeky creative types, and doing so helped his city become more vibrant in serving the needs of similar entrepreneurs. This is onlyness in action, a way to form meaningful connections and make new things happen.

Excerpted with permission from the new book The Power of Onlyness: Make Your Wild Ideas Mighty Enough to Dent the World by Nilofer Merchant. Published by Viking Books, a division of Penguin Random House LLC, New York. Copyright © 2017 Nilofer Merchant. 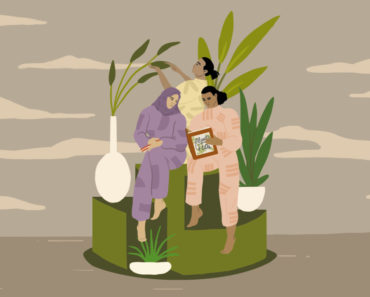