An independent press is one of the essential pillars of a democracy, and we need to support journalists and whistleblowers alike to protect it, says lawyer and free press advocate Trevor Timm.

The First Amendment of the US Constitution is only 45 words, but it packs a punch. It protects free speech and a free press in America (in addition to religion, assembly and petition); without it, the country would look completely different. “The First Amendment is the safety valve of our democracy,” says US free press advocate Trevor Timm (TED Talk: How free is our freedom of the press?). “It has always been the bulwark against secret government, against authoritarianism and against tyranny.”

Americans take great pride in their press freedom. But the truth is, it’s under attack. This trend goes beyond the current president and his administration branding credible news outlets as “fake news” and threatening journalists and leakers with lawsuits. What’s perhaps less widely known is the Obama administration’s prosecution of a record eight whistleblowers for leaking government secrets to the media. Journalists are also increasingly being stopped and searched at US borders, and they’ve recently been arrested for covering protests at the inauguration and at Standing Rock. For these reasons, the US ranks number 43 out of 180 countries on the World Press Freedom Index. That’s right — 42 countries, including Ghana, South Africa and Jamaica — are judged by Reporters Without Borders to have greater press freedom than the United States, whose freedom is enshrined in its most important document.

Timm, a lawyer and a TED Fellow, runs the Freedom of the Press Foundation, a nonprofit organization that defends journalists through Internet advocacy, crowdfunding campaigns and tools to protect reporters and their sources (including SecureDrop, a safe way for whistleblowers to send information to journalists). The Foundation’s newest tool is the US Press Freedom Tracker, which monitors violations in the US. Here, Timm shares a brief overview of press freedom in America and explains why government whistleblowers are so vital to an independent press.

The US owes its existence in part to a free press. “Some of the most important voices before and during the American Revolution were anonymous pamphleteers who were writing under pseudonyms, talking about the crimes of the British government,” Timm says. Speeches, pamphlets and newspapers were critical in informing and galvanizing public support for the revolt. And because a free press was so pivotal in their efforts to overthrow British rule, the Founding Fathers decided to protect that right with the First Amendment, ratified in 1791.

But the rights protected by the First Amendment have never been absolute. US history has been marked by an ongoing conflict between the government’s attempts to strengthen and protect itself and the press’s attempts to scrutinize and report on the government. Along the way, the US government has scored some key victories in stifling the press. The Sedition Act of 1798 made it criminal to criticize high-ranking government officials; anti-war activists during WWI were jailed; and FDR created an Office of Censorship during WWII in an attempt to control the media narrative around the war effort. However, a number of Supreme Court cases in the 20th century were able to establish robust legal protections for the press. These cases include Near vs. Minnesota (1931), which held that it was largely unconstitutional for a government to censor the press, and New York Times v. United States (1971), which ruled that the Nixon Administration could not use vague pronouncements of “national security” to censor the publication of the Pentagon Papers.

“Fake news” is more than an insult — it hampers the press in its efforts to protect the public. Thomas Jefferson famously mused that he’d rather have newspapers without a country than a country without newspapers, and for good reason. An independent press ensures that citizens stay informed about the actions of their government, creating a forum for debate and the open exchange of ideas. And the press also occupies another critical role: watchdog. “We’re in a situation now where one party controls three branches of the government, so the fourth estate, the press, is really the last mechanism that the public has to force accountability on government,” Timm says. But if people don’t believe the mainstream media can be trusted, then they won’t believe journalists if they publish evidence of corruption or illegal activity by the government. That’s the troubling situation we could find ourselves in if “fake news” becomes shorthand for reporting that the government doesn’t agree with.

The press relies on whistleblowers to help keep the government in check. Consider some of the most explosive political scandals of the last 50 years, from Watergate to the Pentagon Papers to the CIA torture program in the early 2000s. “The only reason that reforms were made is because investigative reporters talked to whistleblowers in the government and published information the government tried to keep secret,” Timm says. In the last few months, we’ve witnessed a deluge of leaks from within the White House, some of which have aimed to highlight potential conflicts of interest or possible corruption. While the administration has threatened both the whistleblowers as well as the journalists who’ve spoken to them, Timm says these types of leaks are essential to a healthy democracy. “We understand the press will make the lives of our leaders a little bit harder,” he says. “But that is as intended.” Critics claim that leaks can jeopardize national security and imperil American lives. But responsible news organizations operate according to ethical standards, consulting with government officials before releasing sensitive information and refraining from publishing stories that would cause the public more harm than good.

In recent years, the US government has taken legal action against journalists’ sources. Recent whistleblowers have been prosecuted under the Espionage Act of 1917, a law passed during WWI to prevent insubordination and the disclosure of military secrets to foreign enemies. From 1917 until 2009, only one government whistleblower was convicted under this law. But from 2009 to 2016, the Obama administration used it to prosecute eight whistleblowers, including Chelsea Manning and Edward Snowden, and many predict that the law will continue to be used aggressively against sources. The Espionage Act has been called unconstitutional by the ACLU because it is selectively used against leakers who depict the government in bad light and it does not allow for whistleblowers to argue in court for the public interest served by the release of leaked information. Ultimately, says Timm, the increasing use of the Espionage Act makes sources less likely to approach journalists with classified information, even if it would benefit the general public, for fear of being jailed.

The Espionage Act could be deployed against reporters, too. Nixon tried and failed to use the Espionage Act against the New York Times for publishing the Pentagon Papers. But the narrow Supreme Court ruling in that case leaves open the possibility that it could one day be used to criminally prosecute journalists for publishing leaks, says Timm. “There have been a half-a-dozen cases over the past 50 years of administrations threatening to use the Espionage Act directly against reporters for publishing stories about national security, and they’ve never fully gone down that path,” he says. “But it’s always been a cloud that has loomed over journalists.”

A new database keeps tabs on press freedom in the US. While Timm and other media observers sensed that free press violations have been increasing over the past decade, no one was actually keeping a record. Now for the first time, the US Press Freedom Tracker will comprehensively count and document press freedom violations in America, including reporter arrests, border stops and court orders for surveillance. “We want to raise awareness about how it’s not just journalists who are affected by the erosion of press freedom rights,” Timm says, “it’s really the public that ultimately suffers.”

Despite mounting challenges, journalists must continue to keep the public informed. “The press should always be antagonistic and aggressive and not kowtow to any administration, no matter what party they’re part of,” Timm says. “So in some ways, Trump has brought out the best in journalism.” He adds that Americans should feel “incredibly lucky” to have the First Amendment enshrined in the nation’s Constitution — “hardly any other countries in the world have such a clause.” Now it’s up to all of us to continue to appreciate this freedom and demand that it remains protected. 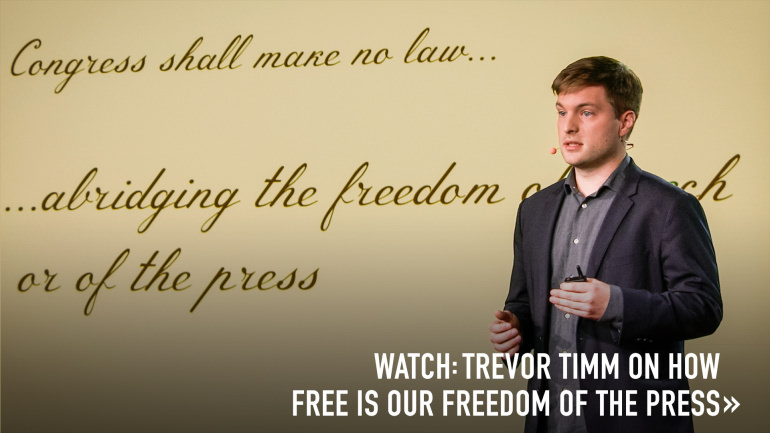 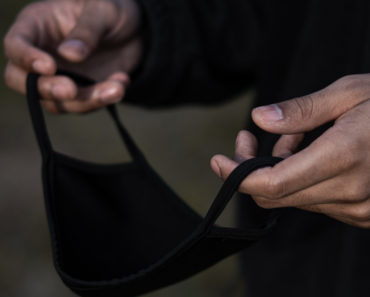