Home
Design
A Universe Explodes: A Bizarre Digital Book from Google You Must Destroy Before Sharing 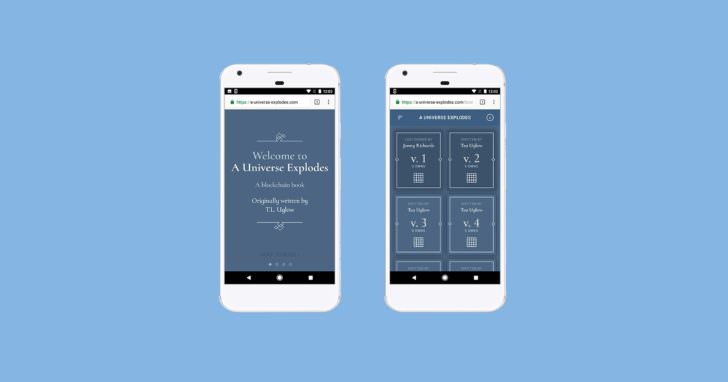 Owning a physical book is different than owning a digital book. With a physical book you can highlight its text, dog ear its pages, and give it to a friend (who you know will never return it). Digital books don’t work that way. You don’t own them so much as borrow them for indefinite periods of time. There’s also no scribbling, dog-earring, or lending out. And the pages of digital books remain, after countless reads, just as pristine as the first time you flipped through them.

Unless you happen to be reading A Universe Explodes. The book, written by Google employee Tea Uglow, developed by design studio Impossible Labs, and published by Editions At Play, is actually more of a web app. You access it through a browser like you would any other website. Turning its 20 pages requires a tap, not unlike an novel on your Kindle. But A Universe Explodes isn’t a typical ebook. In fact, it’s pretty damn weird.

What sets A Universe Explodes apart is how you access it. “We wanted to see if we could make a limited edition digital book,” says Anna Gerber, a co-founder of Editions at Play. This idea stands at odds with how the internet usually works. Most content on the web is open to whoever wants to access it. If it’s not, then it’s usually locked down, accessible by password only. A Universe Explodes sits somewhere between these two. Anyone can read the book, but only a select number can own it.

Ownership, as a concept, is surrounded by a set of complex questions. Does physical possession constitute ownership? Or it more of a legal term? Does there have to be an exchange of money? And what happens when you give something away? Computers, the internet, the fast, widespread sharing of information—these have only compounded the confusion. “With digital work, it’s almost impossible to get the sense of who owns it,” Uglow says.

A Universe Explodes is an experiment in what it means to own a digital book. Let us explain how this works, because it gets sort of complicated. Only 100 people own original versions of A Universe Explodes, but each of those copies can be passed onto friends via email. The book, which has 128 words per page, can be handed off from friend to friend up to 100 times. There’s a catch, though: Before an owner can give her version away, she must remove two words and add one to every page, creating a personalized limited edition of the book.

That means the version of A Universe Explodes I gift to you will look different from the version I first received. And the version you gift to your friend will read differently than the version they gift to their friend. With every iteration of the book, more words disappear until there’s only one word left on each page. “Frankly, after 20 owners it will be unreadable,” Uglow says.

These changes are saved to a public database using blockchain, the technology that’s the backbone of bitcoin. Explained simply, blockchain is an online ledger whose transaction history is available for anyone to view but not manipulate. With something like bitcoin, the transactions are financial in nature—you can see who bought the cryptocurrency, when they bought it, and for how much, without the need of a bank. In the case of A Universe Explodes, it’s more about tracking creativity than the transaction itself. Uglow compares the book’s ledger to a library card—you can see who’s read the book and how they’ve changed it, even if you can’t change the book yourself. From the website, readers can trace the devolution of all 100 original volumes, as each is edited and passed down by its respective owner.

It’s an admittedly perplexing project. Why destroy a book’s prose to the point of it being unreadable? It comes down to examining ownership. Making a mark on the book and then passing it on is one way to keep track of who it’s belonged to at any given time. Kim Hansen of Impossible compares it to etching your child’s height on your kitchen wall. “It shows you have been there,” he says. More than anything, A Universe Explodes is a philosophical exploration of what happens when owning relies less on buying an object and more on interacting with an object. 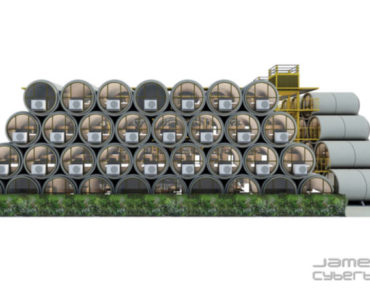 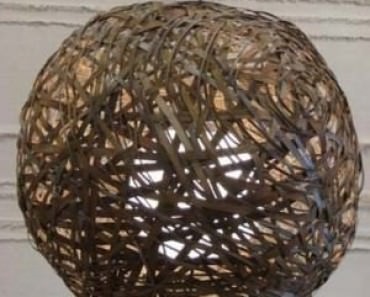 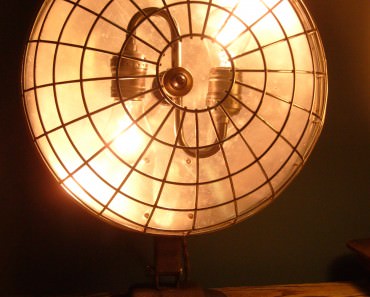