Self-taught artist Mauricio Ezequiel Paz Viola (b 1985; Carmelo, Colonia, Uruguay) embarked on his artistic journey early in life. Dabbling in plastic art since 7, he has participated in various art competitions in his native Uruguay and abroad. At 14, Paz Viola began to participate in group shows and individual shows nationally and internationally in galleries and museums in Uruguay, Argentina, Chile, United States, Italy, among others. His work have been featured in doctoral studies programs in art in universities in Chile, Mexico, Argentina and Spain, and are frequently featured in magazines and art books, among which are Latin American Plastic Art Annual Review, High Impact: the Art of Visual (New York) as well as books in Spain, Argentina, UK, France, etc.

The style of Paz Viola has evolved from realism, landscape and portraits in his youth to surrealism and expressionism. Since his arrival in Chile in 2008, he started to focus on abstract expressionism.

The most notable influences of Paz Viola are Roberto Matta, Maurits Cornelis Escher, Joan Miró, Vasili Kandinski, Max Ernst, as well as Uruguayan artist and friend Javier Gil, who imbued a sense of motion into rigid objects as if everything had a life of its own – a concept expressed in Paz Viola’s series “Nothing in the Void”.

I would define my artwork as a manifestation of self, an extension of my spirit or sub-consciousness, which is still beyond my grasp and lies at the deepest sphere of pure self. In particular, I try to minimize intellectual inclinations when I create to prevent the ego, the fictitious self from intervening, and hence my works are the most loyal reflections of who I am (dreamer, fantasy-prone, sensitive, sexual and a bit dark and gloomy sometimes). I paint, therefore I am.

My works feature images of imaginary landscapes, empty or inhabited by unknown beings – landscapes that externalize a constant inner struggle of being human, that visualizes conflict between good and evil, between light and darkness… hence, the best way to describe my work is – landscapes inhabited by my own self, where a step forward is eternal light and a step backwards is total darkness.

In reality, my work refrains from saying too much: it was never my idea to talk about politics or social matters in my work. More than anything, my oil paintings, watercolours and collages are an invitation to enter the world of dreams, where the viewer can escape from the mundane for a few moments – like some kind of hallucinogen – being in there and being as oneself, and see things in a different way. This is why I have chosen an abstract approach which provides such resources. I am convinced that these images exist somewhere in the universe, and that I have seen them in the many previous lives I have lived as a particle of cosmic dust and am now only re-creating these worlds, never before seen by others, with luxurious details and narratives.

In a nutshell, a constant theme of my work is life itself as it is manifested in nature, the universe (or universes) and the infinite worlds and dimensions about which we know nothing, towards which biology, science, art try to grapple… in a word, LIFE. 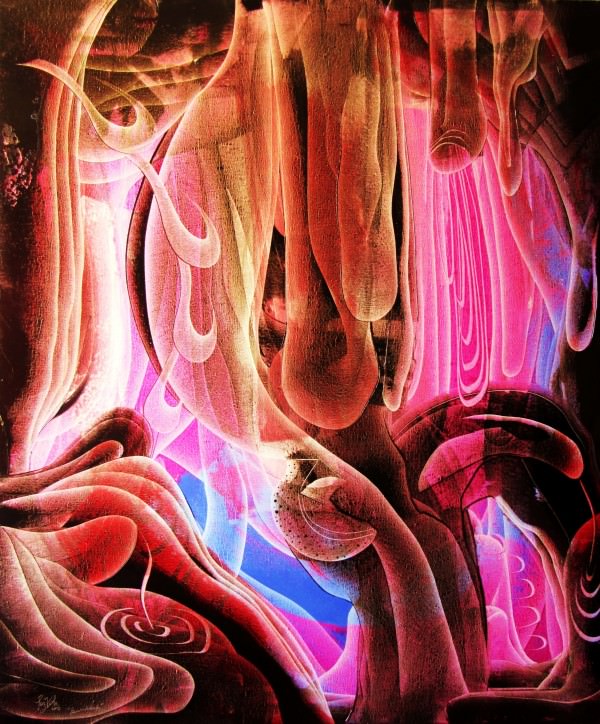 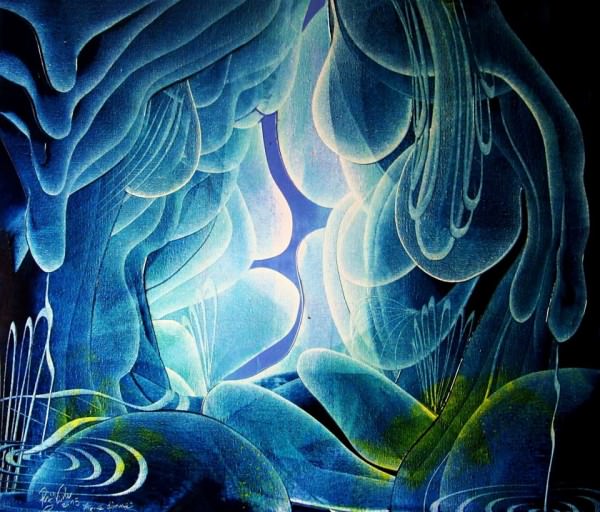 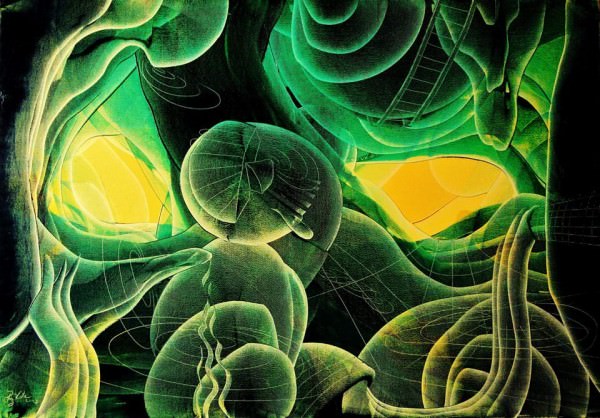 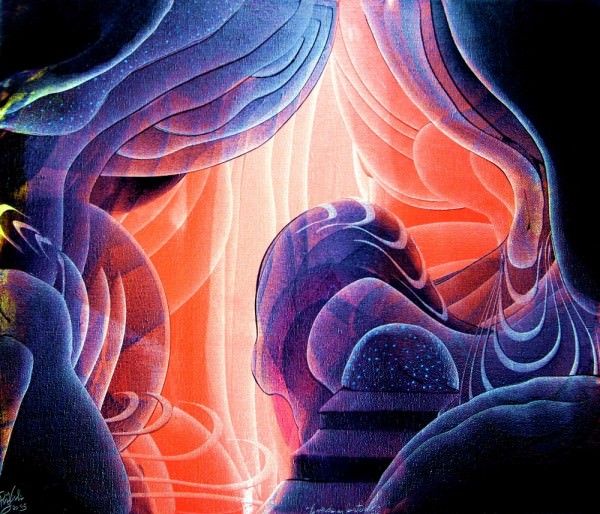 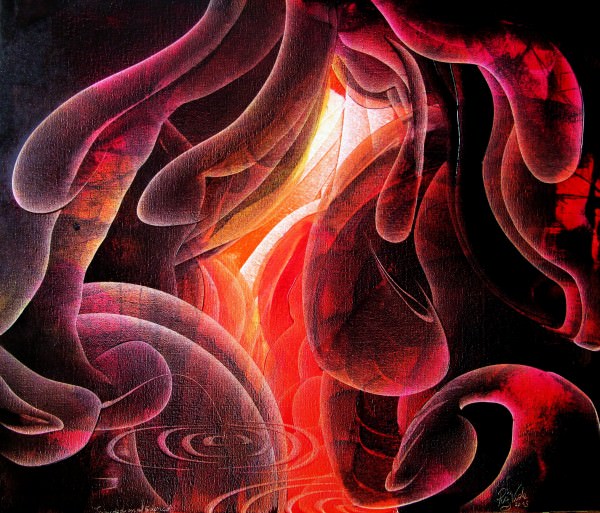 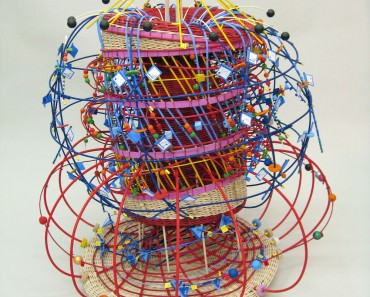 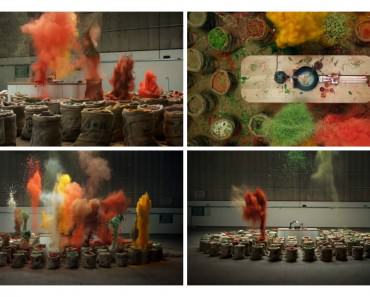 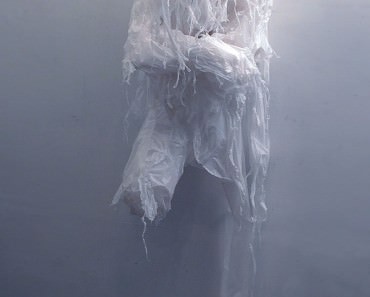