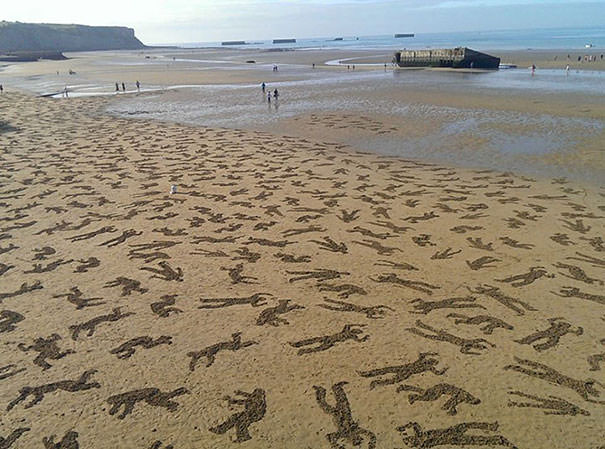 Together with a group of volunteers, the artists covered the D-Day landing beach in Arromanche, France with the silhouettes of 9000 fallen soldiers. These were created by handing out stencils and then raking the stand to create dark imprints. The imagery is strong and clear – as Wardley said, “The idea is to create a visual representation of what is otherwise unimaginable—the thousands of human lives lost during the hours of the tide during the WWII Normandy landings on June 6, 1944. There will be no distinction between nationalities, they will be known only as The Fallen. It does not propose to be a celebration or condemnation, simply a statement of fact and tribute to life and its premature loss.“

The stenciled human losses existed only briefly before being washed away by the tide, but their message remains. 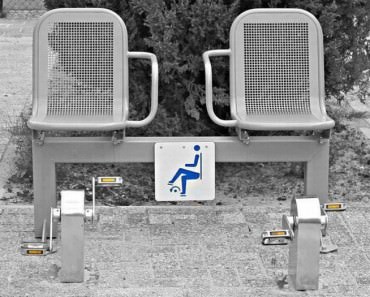 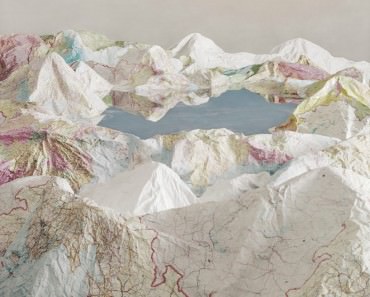 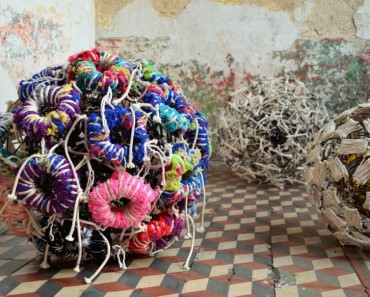