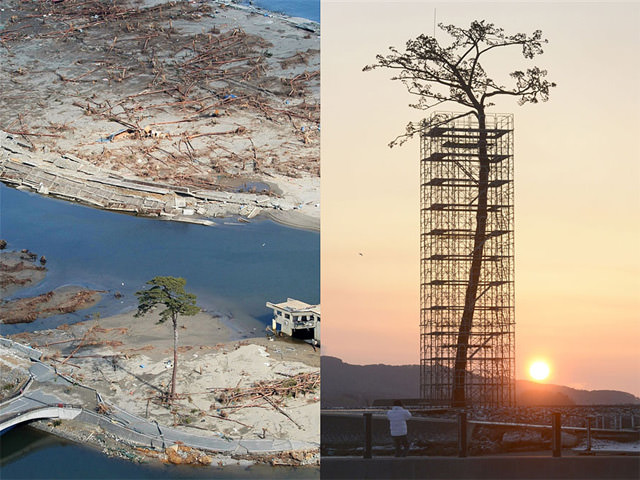 As cleanup continues two years after the deadly tsunami that struck Japan, a decision was made to preserve the memory of the miracle pine tree. The towering 88-foot tall pine tree was the last standing among a forest of 70,000 trees that were completely wiped out along the coast in Rikuzentakata, Iwate prefecture. The tree survived for nearly 18 months after the tsunami but eventually died due to high levels of saline introduced into its environment, after which is was felled and giant molds were created to again form the trunk and branches as they stood when the tree was alive. 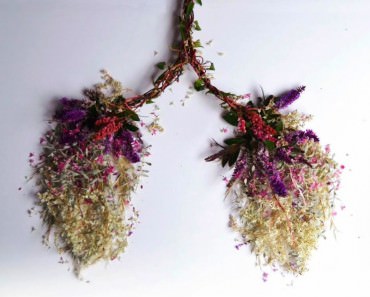 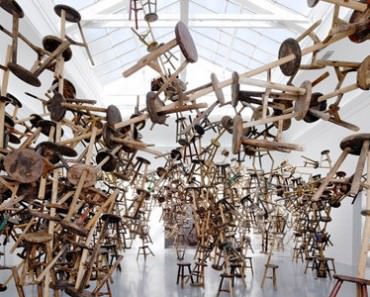 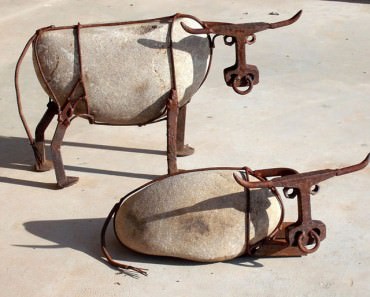