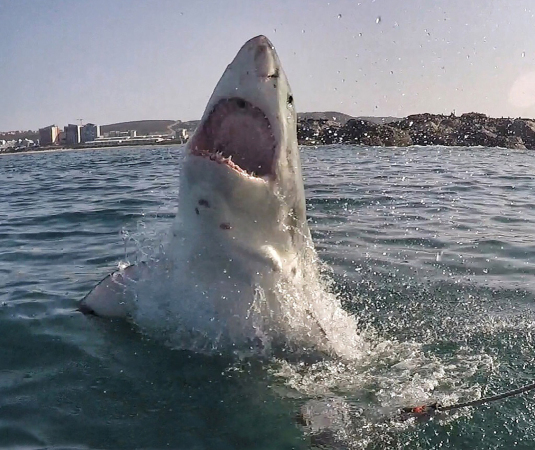 What words come to mind when you think about great white sharks?

Of course, the main thing that most people associate with great white sharks is shark attacks. But that’s only a very small part of their story.

For context, an estimated 64 confirmed unprovoked shark attacks occurred worldwide in 2019 (editor’s note: this includes attacks by all types of sharks). From 2014 through 2018, an average of 82 unprovoked attacks per year were recorded.

As many organizations and people have said, there’s a very long list of things that are more likely to kill you than a shark — cancer, car accidents, drowning, lightning strike, alligator or bear attack, and so on.

But even while the likelihood of death by shark attack is extremely low, our fear of sharks has sparked measures to protect us from them. In South Africa, for example, beach nets have been installed to keep sharks away from areas where people swim. Unfortunately, not only do these nets hurt varieties of  sharks (such as hammerheads and tiger sharks), but they also harm other marine wildlife like turtles, dolphins and baby humpback whales.

Scientists don’t have an exact count for how many great white sharks are currently circling the world’s oceans — they’re found in every major ocean — but they believe their numbers are decreasing. The species is classified as “vulnerable” (one step in severity below “endangered”).

In 1991, South Africa became the first country to pass legislation to protect great white sharks, and many other nations — including the US — followed suit. Despite such protections, humans continue to threaten sharks by catching them while they’re trying to snare other fish or intentionally hunting them for shark fin soup. While the last one may sound minor, it’s estimated that over 73 million sharks end up on people’s soup bowls every year.

Some researchers believe that rising temperatures and ocean acidification, caused by increased carbon emissions, could impair shark’s ability to hunt and consume prey (with one study finding ocean acidification might corrode the teeth in some species). Another study hypothesizes that climate change could even make some sharks deadlier by altering their cognition and behavior. 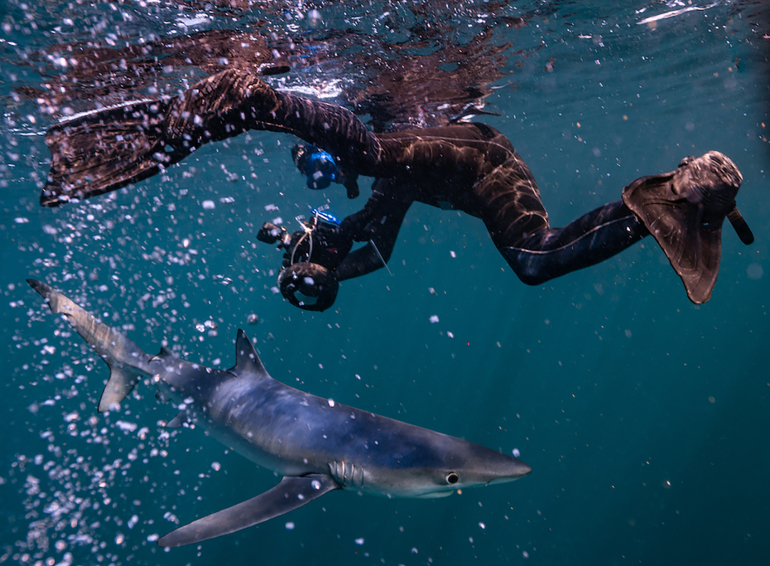 Shark survival matters, because sharks are incredibly important to maintaining healthy ocean ecosystems. Not only do they weed out weak and sick animals from the population, they keep other predators in check and promote high levels of biodiversity.

When sharks are threatened or absent, the entire food web is affected. It’s thought that the overfishing of sharks in the Caribbean may have even contributed to the degradation of important coral reefs.

Even though we humans are scared of sharks, we’re also fascinated by them. After all, no other animal has its own dedicated week on TV every year.

What if we could take our fear and fascination and use that to learn about these creatures? That’s what Dan Abbott would like us to do.

Abbott, who is from the UK, grew up to develop a passion for two things: photography and sharks. After he became interested in underwater filming, he landed an internship at a cage-diving operation in South Africa.

There, he became the social media manager and found himself spending his working hours immersed — literally — in the watery world of the great white shark. He became an enthusiastic observer of shark behavior and an advocate for them.

“When we stop dumbing these animals down to the mindless eating machines that they’ve been made out to be for so long and we actually allow ourselves to understand them and even respect them, that’s when it leads to co-existence,” says Abbott, now an underwater cinematographer, in a TEDxFolkestone talk.

Shark researchers hypothesize that shark-human encounters are more motivated by the animal’s curiosity, confusion and desire to explore their environment and less by their desire to prey on humans.

Here, he gives us insight into 4 common behaviors of sharks: 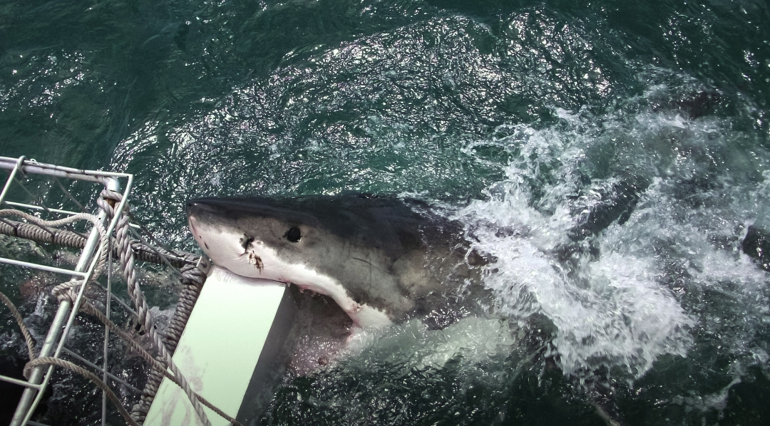 Anyone who has ever encountered a kitten or puppy will be intimately familiar with “mouthing” — many animals use their mouths to explore their surroundings and learn about the objects around them.

Of course, a shark’s mouth is a lot more intimidating than a cocker spaniel’s. Abbott believes that some humans who’ve been bitten by great white sharks were on the receiving end of mouthing, not attacks. While mouthing events can still be damaging, they look quite different from the way a shark tackles its food.

“When great white sharks attack their prey, they do that around 30 miles an hour. They hit their prey at the surface with so much force, it takes them down in one hit,” says Abbott. Also, humans have a very different composition than the blubber-rich seals and sea lions that the shark typically consumes. 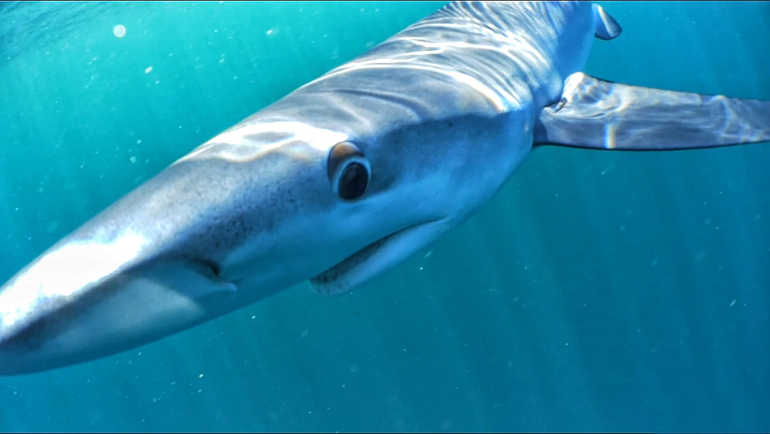 We humans use our sense of touch to feel whether objects are moving or vibrating, but a shark relies on observing disturbances in the electromagnetic fields around them to “feel” where prey might be lurking. Around their nose, they possess electroreceptors, which form part of their lateral-line system — a system that helps them detect electrical signals to sense movement and pressure changes in the water around them.

“Bumping” is another way sharks use their highly sensitive noses to explore their environment. Abbott says he has frequently seen sharks bump into the cages used during diving expeditions.

“A shark might bump into something using those receptors in its snout to feel what something is made of, just like when we get home late at night and we can’t quite find the light switch, so we have to use our sense of touch and feel around,” he theorizes. 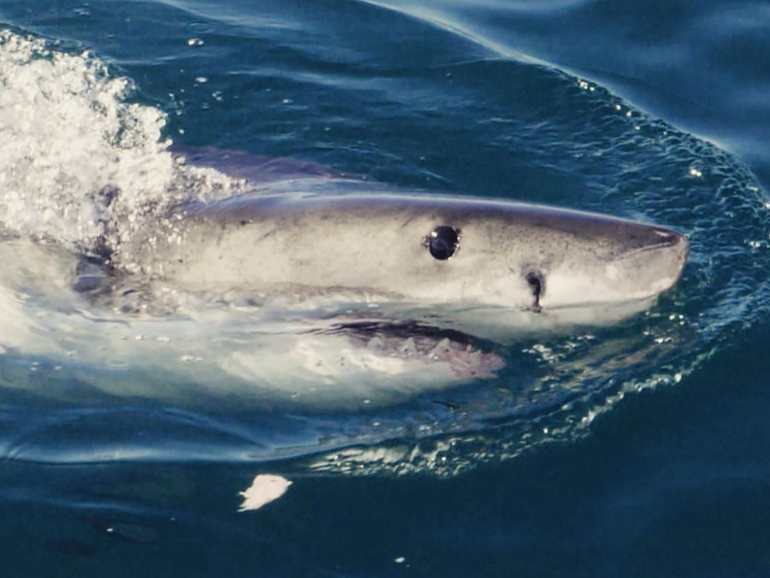 “Spyhopping is where a shark will lift its head above the water or just tilt its eye above the surface to have a better look at its surroundings,” explains Abbott. Other animals — like orcas and some whales — exhibit this behavior, but it is rarely seen among sharks, except for great white sharks.

Animals spyhop for a variety of reasons, typically to see or hear activity close to the water’s surface. Spyhopping has been observed as a hunting behavior, but it’s also as a tool for curiosity and investigation. 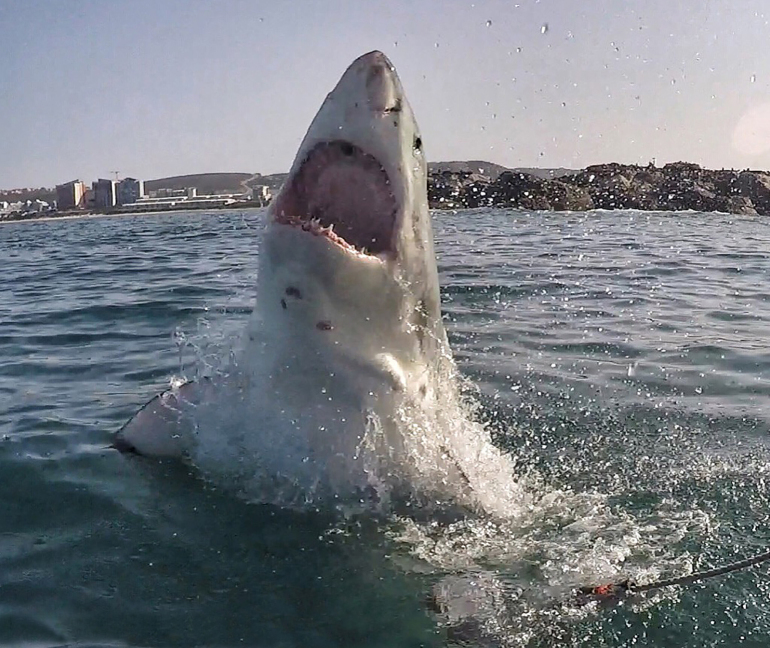 Breaching is a common shark behavior exhibited by a variety of species — including but not limited to great white sharks, thresher sharks, spinner sharks, and blacktip sharks. It occurs when a shark launches itself completely above the water, typically to catch a meal.

“Great white sharks will breach to catch their prey, but they’ll also breach at other times for reasons that we still don’t understand,” says Abbott. “There’s a lot of theories — like they might be trying to rid their skin of parasites, it might be a communication, or they might be trying to get out of the way of bigger sharks below them.” 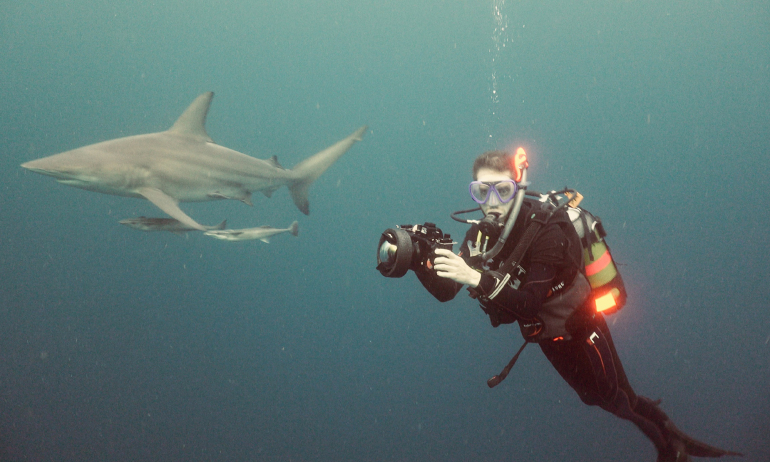 While exploration may be the driving force behind these behaviors, that doesn’t mean it’s safe for humans to swim with great white sharks. The ocean is their home, and when we enter it, we are encroaching on their territory. If you’re in a region where great white sharks are active, stay informed and careful about when and where you choose to swim.

For example, in South Africa, swimming at dawn or dusk in areas with lots of seals is not a terrible idea — that’s feeding time for great white sharks. “But if you’re swimming in an area where the sun is high in the sky and it’s the middle of the afternoon, that should be fairly safe,” says Abbott. When in doubt, check with lifeguards or local authorities.

The keys to shark conservation: Respect and understanding. Many people go cage diving so they can get close to great white sharks, but keep in mind that it’s a controversial industry, especially in terms of potentially modifying shark behavior or damaging the animals.

Abbott admits that it has its fair share of problems, but he says that this kind of ecotourism has been successful in one important way: Making sharks more valuable alive than dead. “In South Africa, a lot of the great white shark tour operators used to be fishermen,” explains Abbott. “They’ve learned they can make more money by taking people out to see them than by fishing for them.”

What’s more, at some shark-diving tours marine biologists and scientists are brought on board to teach people about the predators. Since we’re sharing the planet with great white sharks and venturing into their habitats, we have a responsibility to learn more about them. After all, they were probably here long before we humans showed up. 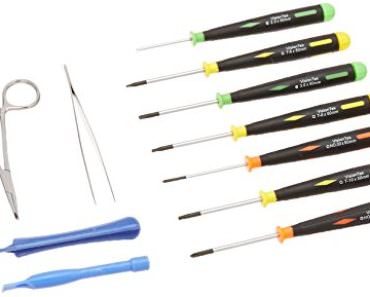