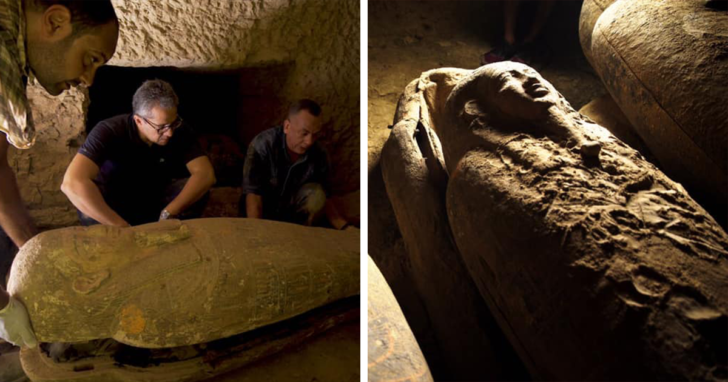 Many joke that 2020 just can’t get any worse than this—first the Australian wildfires, then the coronavirus pandemic, then a bunch of other small and not so small catastrophes happened that piled up to such a degree that the internet is calling 2020 the worst year ever.

Now, all we need is someone to find some sort of unsealed sarcophagus that could potentially let loose a curse on humanity just like in the myriad of mummy movies made in the last several decades. Oh wait, someone found some ancient Egyptian coffins…

A team of archeologists recently found 13 Egyptian coffins that have been sealed for over 2,500 years 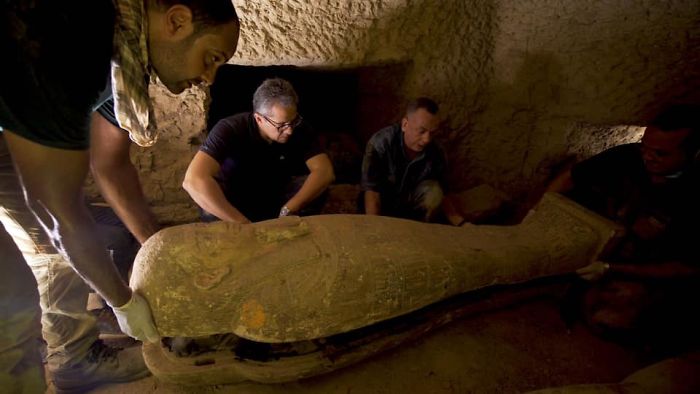 Egypt’s Ministry of Tourism and Antiquities recently shared some news on their Facebook page, explaining that archaeologists uncovered an unexpected cache—or more specifically, a well—of more than 13 sealed wooden coffins that are believed to be as old as 2,500 years in the Saqqara Necropolis in Egypt.

They report that, according to preliminary studies, these coffins are sealed off and haven’t been opened since their initial burial a couple of millennia ago. It is important to mention that this is a rare occurrence because it is often the case that burials are looted by the time they are found thousands of years later.

This is good news because ancient Egyptian coffins are often looted and disturbed, hindering scientific progress 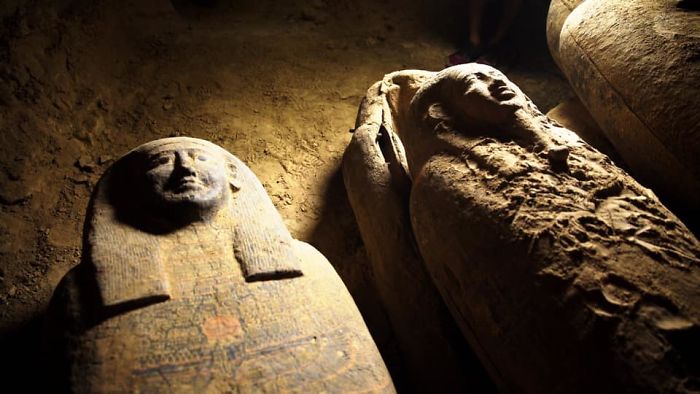 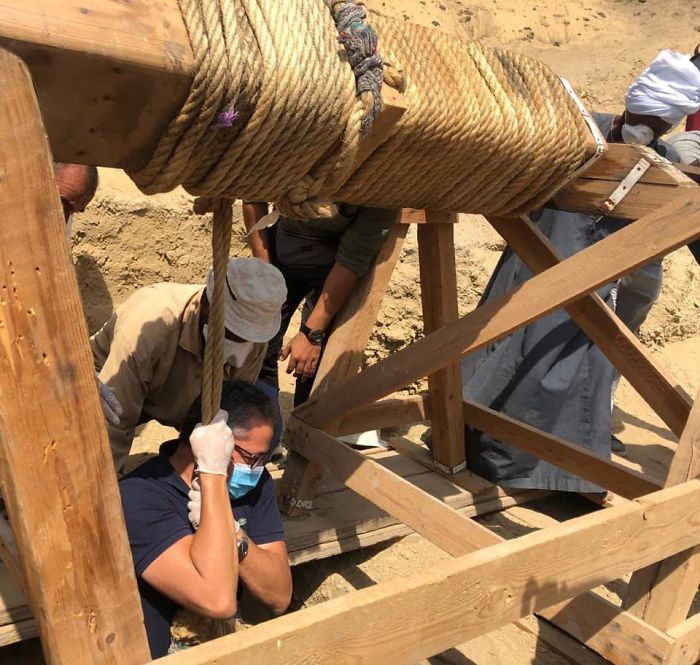 It is also believed that these 13 wooden coffins are most likely only some of many more to be found inside the sides of the walls of the cache. The expedition found three sealed-up niches where they are expecting to find additional coffins.

The burial location is south of Cairo, on the outskirts of the metropolis, and is believed to be a part of the necropolis for Memphis, the capital city of ancient Egypt. The coffins were found 11 meters, or 36 feet, underground.

At the moment, the identities and the trades of these particular inhabitants of the coffins, and the overall numbers, are not yet clear, but excavations and studies will continue in hopes of answering these questions. 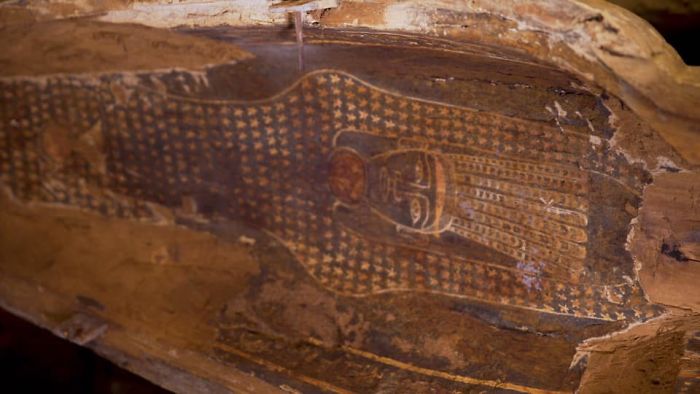 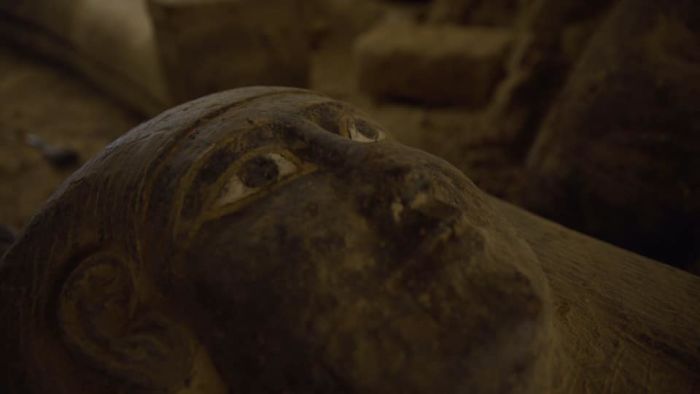 What is known, however, is that the Saqqara Necropolis is known to be the resting place of high-ranking nobility and officials and middle and working class people alike. The former are often found with various grave goods, ornaments, and even mummified animals, while the latter are given simpler burials.

One of the many aims of the Ministry’s social media accounts is to promote archaeological revelations such as this. So, they have also uploaded a short trailer of these findings, giving a more detailed glimpse at the untouched ancient coffins. More announcements are sure to follow.

While the discovery is surely a noteworthy one in the world of Egyptian history and archaeology, many online have joked that 2020 can’t get any worse, so why not go nuts and just open up the newly-found coffins and just get it over with whatever curse that will follow.

It’s unknown as to who specifically lies here as, in context, it can be anyone from a worker to a noble 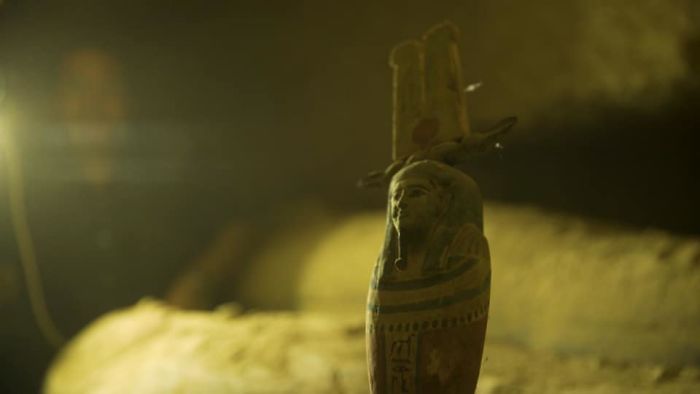 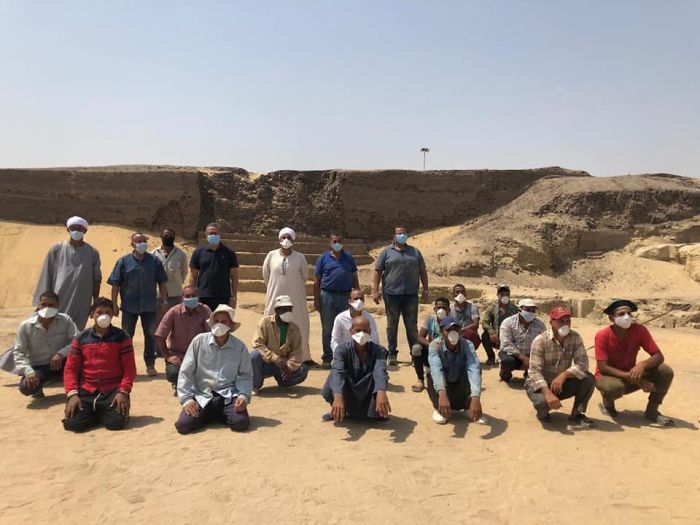 Others joked about the opposite—why not just never open it as they can’t handle 2020 getting any worse. But, all jokes aside, this revelation will give historians a better understanding of what the Saqqara Necropolis was like, the demographics of the locale, among many other things.

Check out a video trailer of the discovery below

Many were reluctant about opening the coffins, while others said that it can’t be worse than 2020 is already

What are your thoughts on this? What goodies do you expect to be found in the unsealed coffins? Let us know in the comment section below! 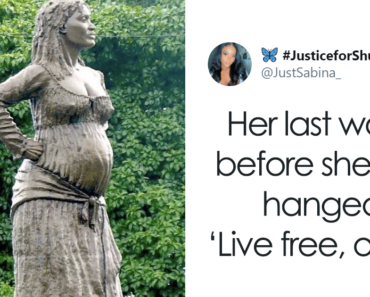 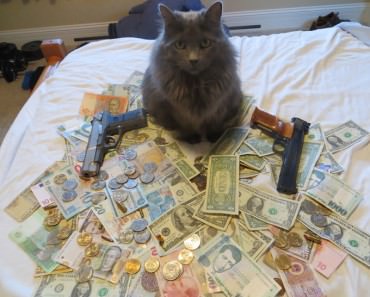 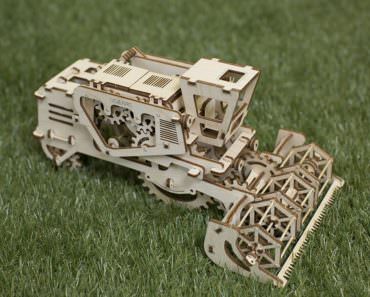