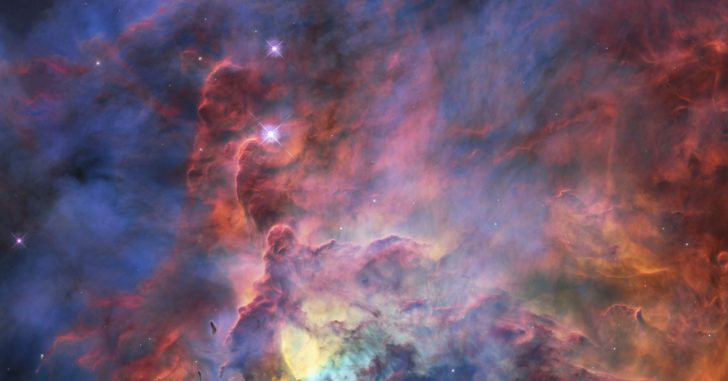 This isn’t just any Hubble photo of the Lagoon Nebula; this is a special birthday photo celebrating the Hubble Space Telescope’s 28 years in orbit. The Lagoon Nebula, seen here in dazzling color, is 4,000 light years away and is gargantuan as star nurseries go: 20 light years high and 55 light years wide.

This is a gorgeous photo and one you might not recognize of a famous astral body, called the Lagoon Nebula. The Hubble Space Telescope took this photo in infrared light, which reveals different elements of the nebula not seen in the visible spectrum. The bright star in the center is called Herschel 36 and is only 1 million years old—a fledgling in stellar terms.

Mars is covered in craters and while typically thought to be a “dead” planet, it’s actually quite active. Earth’s red neighbor has wind, although not strong enough to kill The Martian’s Mark Watney. This impact crater (a relatively new one by Mars standards) is called Bonestell crater, located in the plain known as Acidalia Planitia. The streaks in the image are caused by winds blowing down into the crater.

This photo of the Sun was taken by NASA’s Solar Dynamic Observatory some weeks ago. The dark regions are called coronal holes—openings in the Sun’s magnetic field—and when open, they spit highly charged particles into space. When these particles run into Earth’s magnetic field, they create spectacular displays of aurora near our northern and southern poles.

Hello deep space! This galaxy cluster has a name that is rather difficult to remember—PLCK G308.3-20.2, but it’s way cool. Galaxy clusters like this contain thousands of galaxies, some just like our own. They’re held together by gravity, making them one of the largest known structures in space affected by this invisible force.

Ready to shoot the moon? The new administration in Washington is setting its sights on some lunar adventures. Among the various reasons why people want to head back to the moon: There’s a decent amount of water frozen around our cratered satellite, and also the views from there aren’t too shabby. 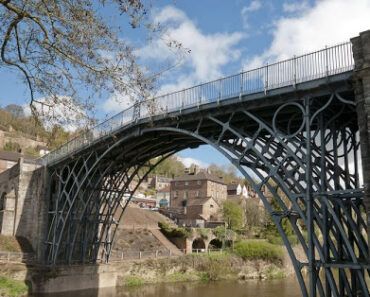 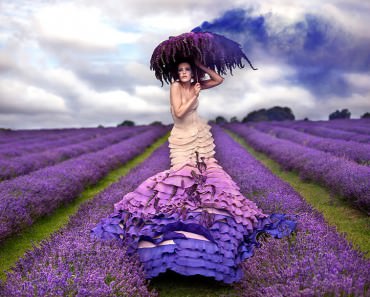 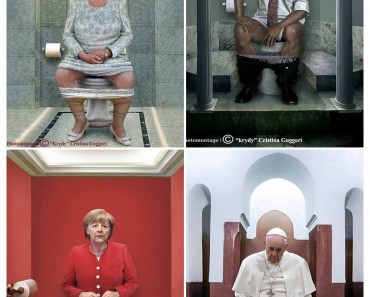