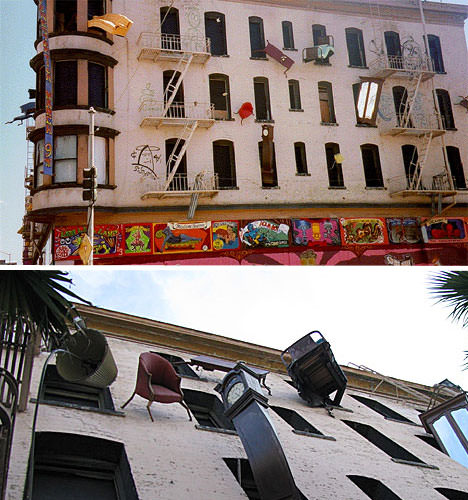 At an abandoned four-story building in San Francisco, furniture is leaping for its freedom from open windows – clocks poking their heads out and looking up at the sky, chairs making a run for it down the peeling brick walls and tables pitching themselves off the roof. The project is called Defenestration, a word meaning “to throw out of a window”, and was created by 100 volunteers.

Artist Brian Goggin describes it on his website thusly: “Located at the corner of Sixth and Howard Streets in San Francisco in an abandoned four-story tenement building, the site is part of a neighborhood that historically has faced economic challenge and has often endured the stigma of skid row status. Reflecting the harsh experience of many members of the community, the furniture is also of the streets, cast-off and unappreciated.” 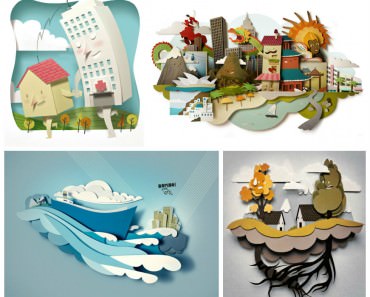 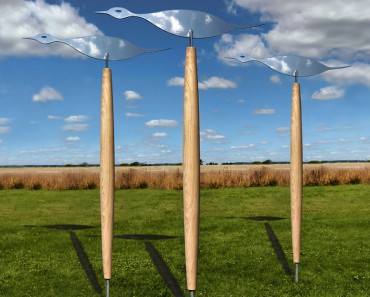 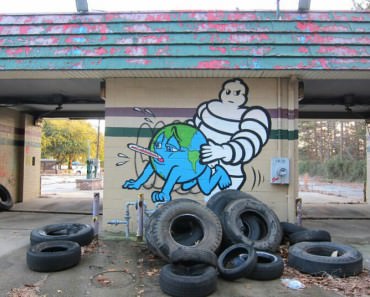